I would refer to myself as an artist, but that spills into design and illustration too. I have always had an interest in visual art. It probably all started with my love of comic books and colouring in. I don’t remember making the decision to become an artist. It was just always what I wanted to do. I spent many years doing many other things to make money… I feel incredibly lucky that I am able to live off the thing I love doing.

In a comic shop. I was 15. The shop was called Stateside Comics, and then changed its name to Comicana. I spent my time reading/studying Tank Girl and Robert Crumb. 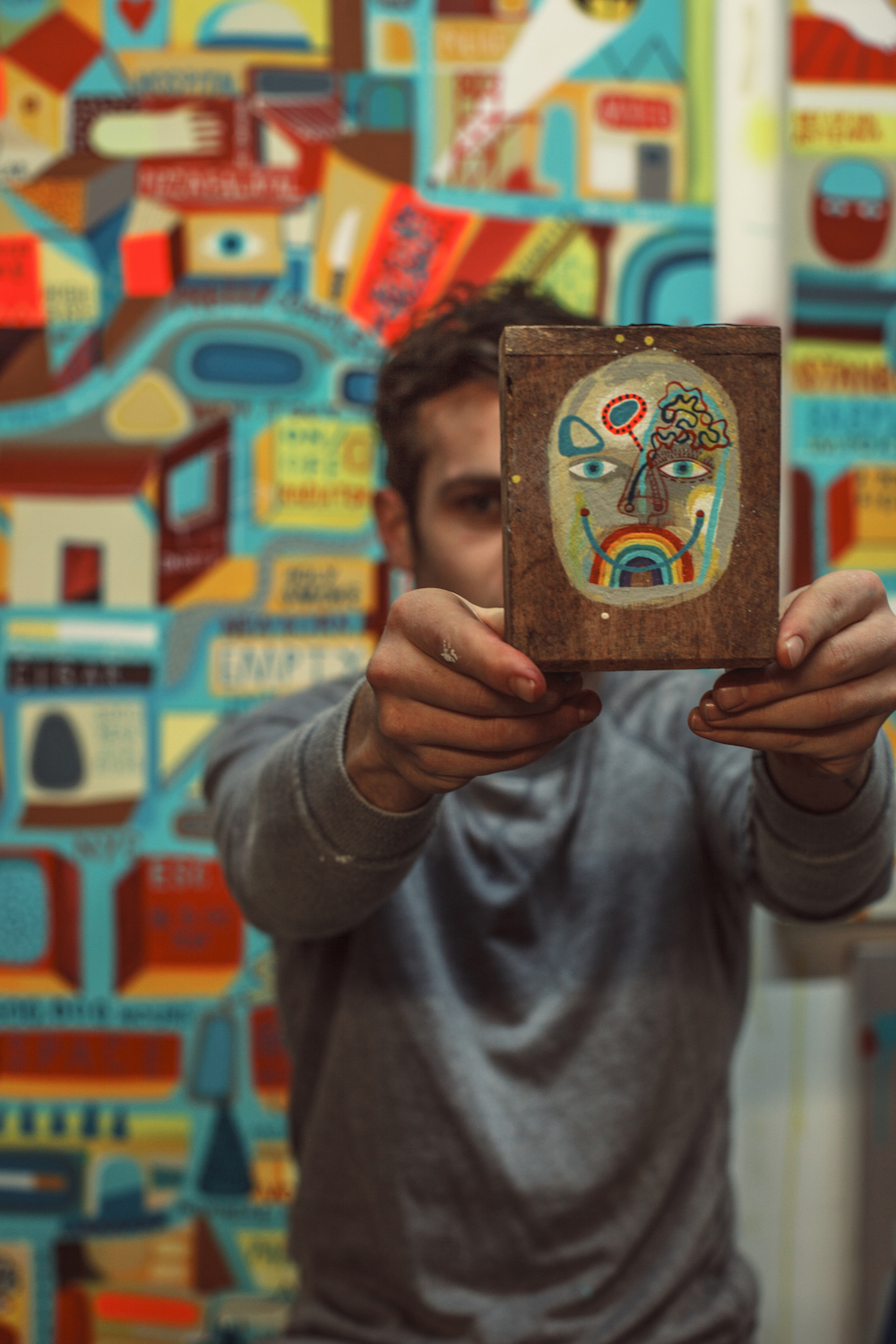 I am currently finishing off a body of work for a solo exhibition opening soon, so I currently paint and build sculptures… Next week I’m painting a mural in NYC… so my job changes on a daily basis. It’s a very difficult thing to pin down what I do; usually by the time people see what I have made I’m already half way into the next project. There’s a lot of plate spinning and hot potato juggling – sometimes I crave that nine-to-five regularity, but in truth I know the best things I create happen at 4am and without much planning.

The Internet and technology has changed everything, especially design. When I was studying graphic design we had no internet at college, no iPhones, one scanner in the library and we still used Microsoft Paint. Most of the work was done by hand and if you made a mistake you had to start all over again. Now everyone is – or can be – a photographer/graphic designer, and the rise of the smart phone has meant that everyone can document, edit and present their own point of view. I think this dilutes certain elements of design and creates immediate, desposible images that get lost in the internet stream. The flip-side is that people are highly aware of visual aesthetics, filters, cropping and even animation, which are quite easy to achieve nowadays. DIY design has become the norm. 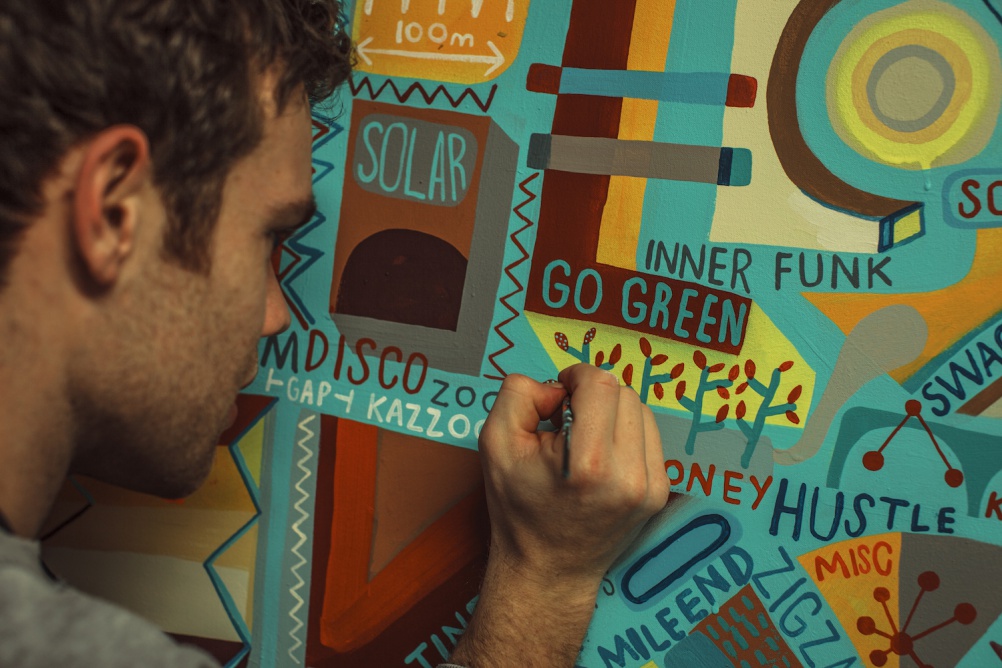 I love to travel and make work outside of my own comfort zone so some of the best projects involve me going to far reaching places and working with people who really know very little about contemporary art. I have been to The Gambia several times and painted homes in remote villages, which was very rewarding, and had very little to do with money, exposure or industry. The project is usually as good as the people involved. Last year I was lucky to be chosen to go on The Jaunt, a great project that sends an artist from their home to a foreign location. The artist makes work inspired by the surroundings, then at the end they produce a screen-print, while the sales of the print pay for the trip. It was a wonderful project to be part of and there is now a book published that documents all the artists’ journeys and work made. It was one of my favourite ‘projects’ as it had a very definite beginning and end and was based on a very simple concept. 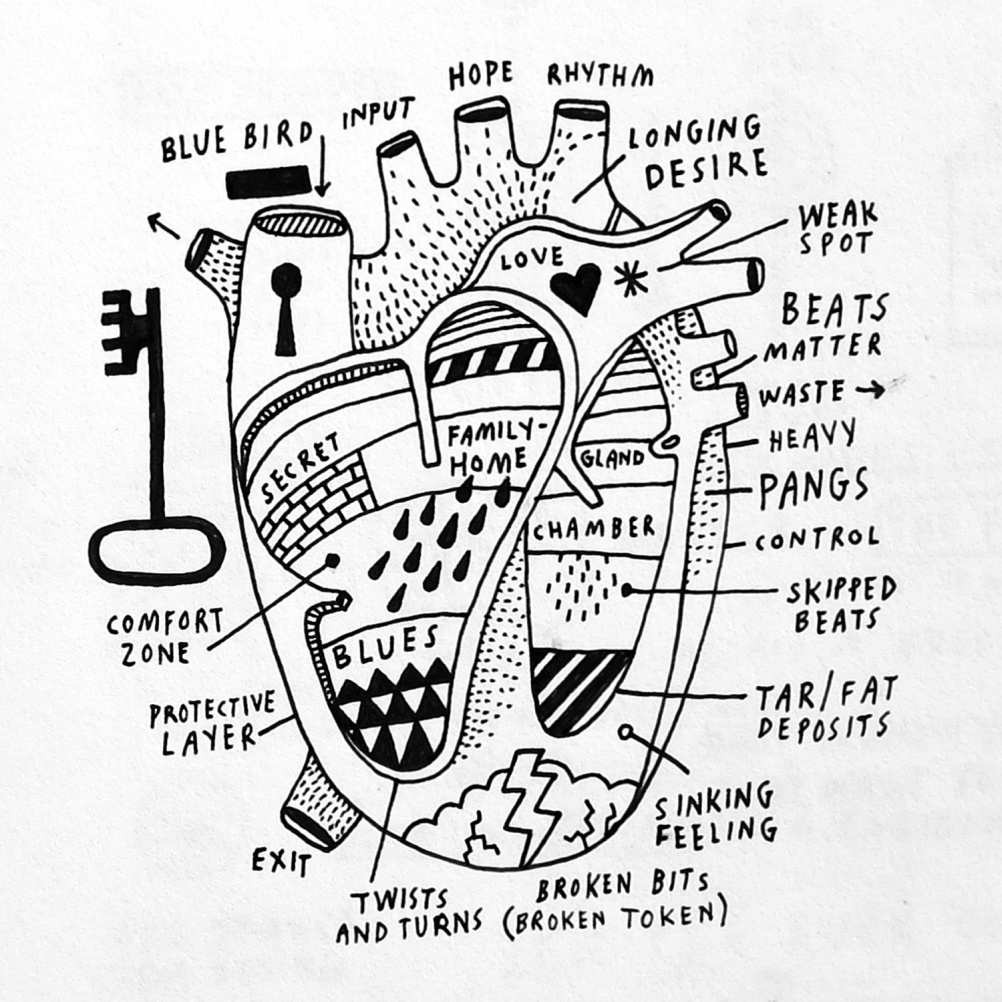 James Joyce: “Mistakes are the portals of discovery”.

To maintain a life making art. To not have to worry about money. To be as self-sufficient as possible. To eventually escape the matrix and live in a treehouse. 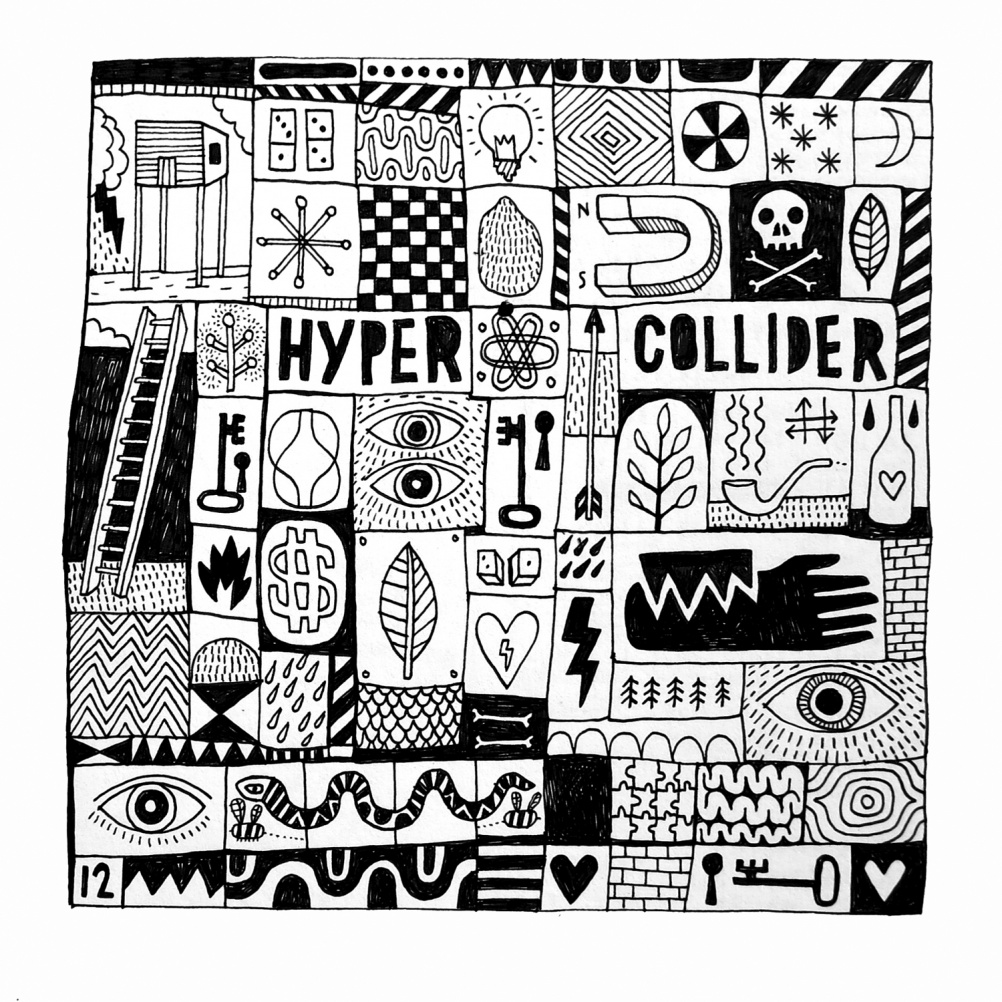