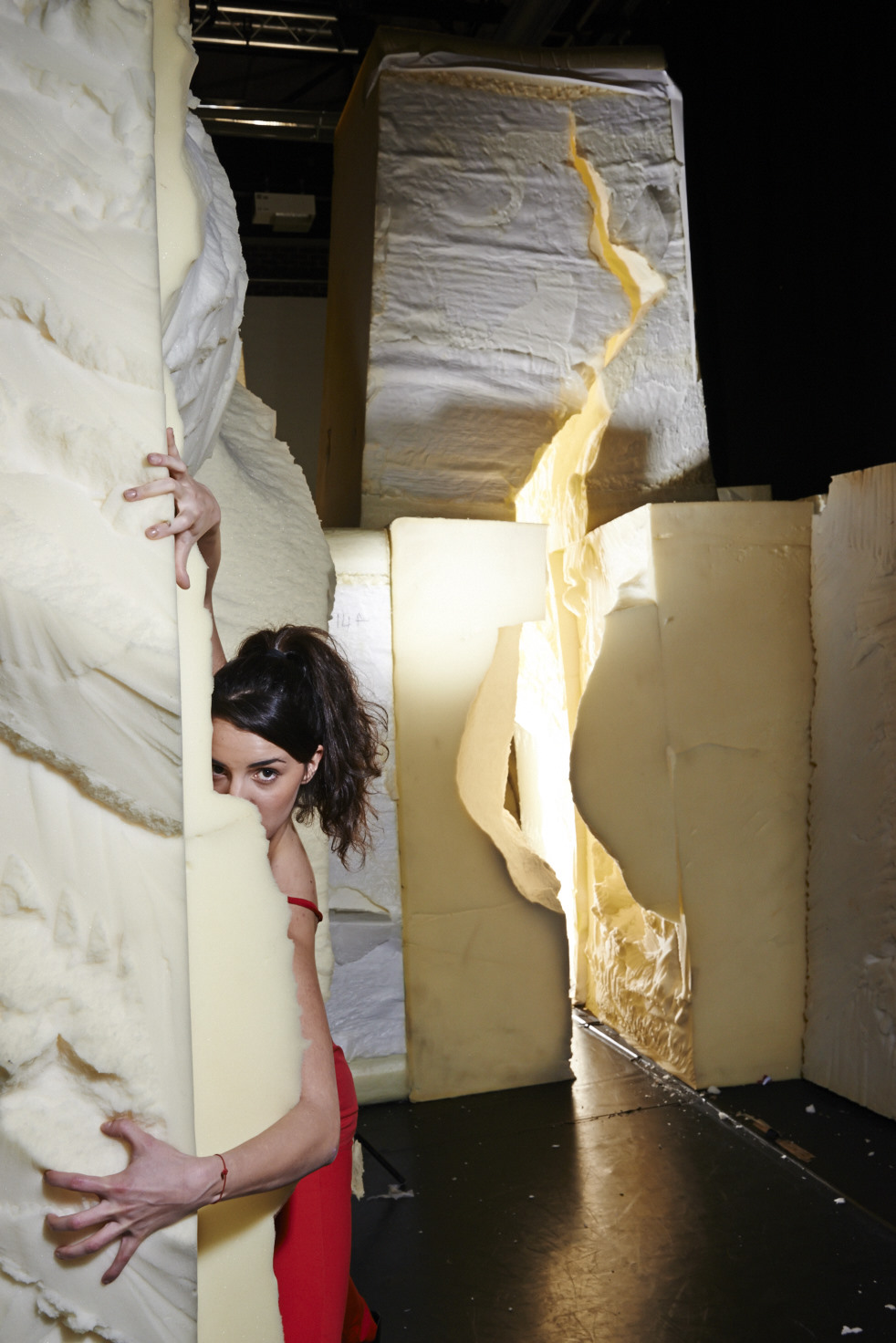 Industrial designer and architect Ron Arad has created a theatre set made of soft foam for an immersive play that will take place within caves.

They will be able to choose either the “light” or “dark” path, so the experience will differ between people.

“This will be an experience similar to being on stage with the dancers and face-to-face with the artwork itself,” says Jasmin Vardimon, artistic director at Jasmin Vardimon Company. “The adventure each visitor will have will be dictated by the individual path they choose within the architectural structure.”

Arad says that the raw foam used – also used within the furniture industry – will provide malleability for the dancers, allowing them to interact with it. “I had the idea of using big blocks of form,” says Arad. “They’re like giant building blocks. I wanted to provide the dancers with soft hardware, which they can run into, for example.”

The softness of the foam allows the set to “evolve”, he says, for when the performance moves to a different space in 2016. “Every setting has a different floor plan,” he says. “The device that we’ve come up with makes it very easy to adopt to every place it goes to – you can cut it, glue it, peel it and connect it. The set has designed itself.”

He adds: “It’s a show in which the audience is on the same floor as the performers. Sometimes, the audience will find themselves in the way and will have to move to allow the dancers to get on with their work – they’ll be able to squeeze themselves between two slabs of foam.” 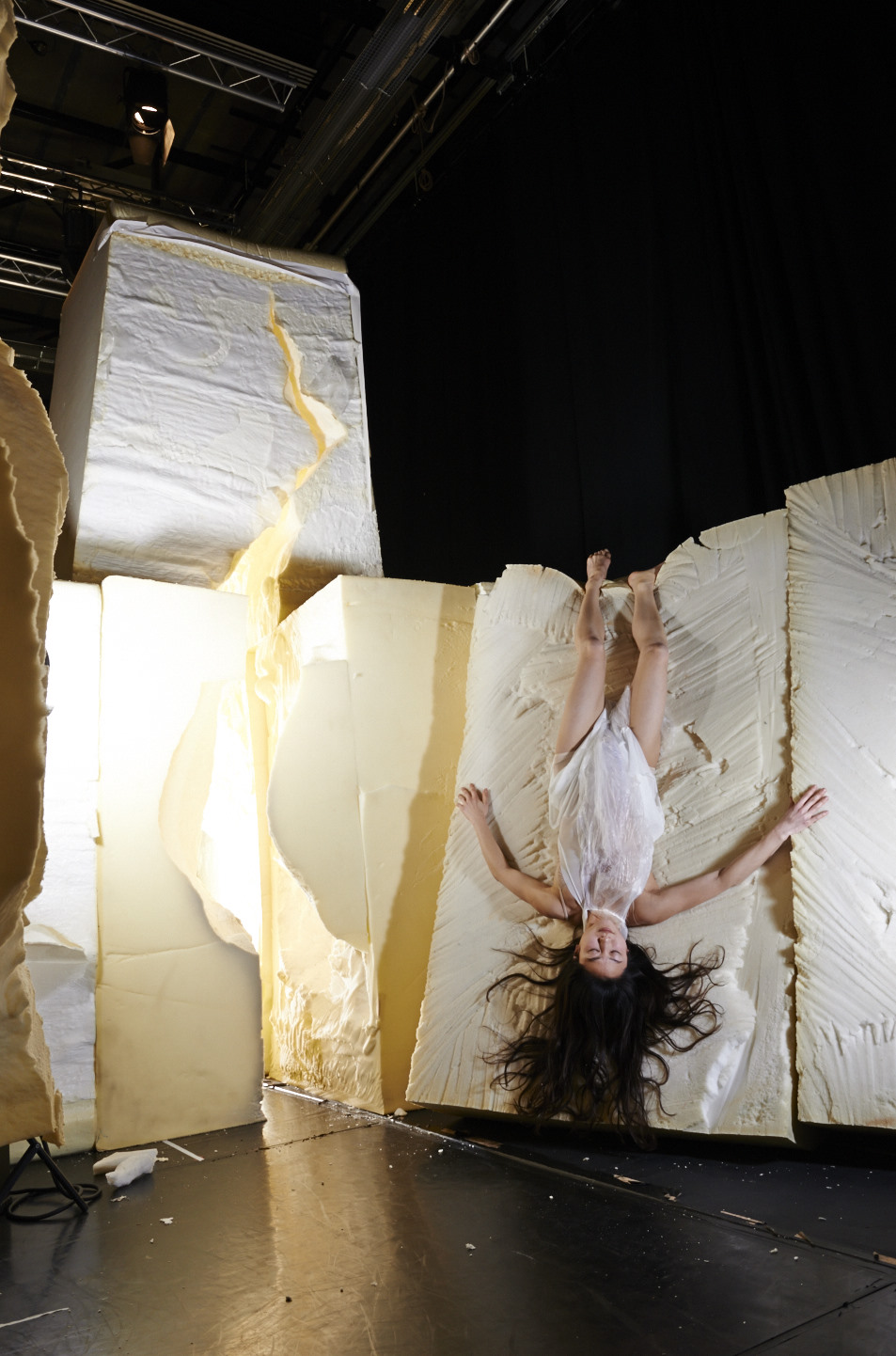 Kent County Council has provided additional funding for an educational programme linked to the performance, which will look at the making of Maze as well as the concepts of decision making and chance through workshops engaging schools and families to create labyrinth structures.

Maze will take place at the Winter Gardens in Margate from 11 – 15 April 2015. A national tour will follow. Part of the Maze installation will also feature in Turner Contemporary’s exhibition Risk, which will look at the relationship between art and risk and will run from October 2015 – January 2016. 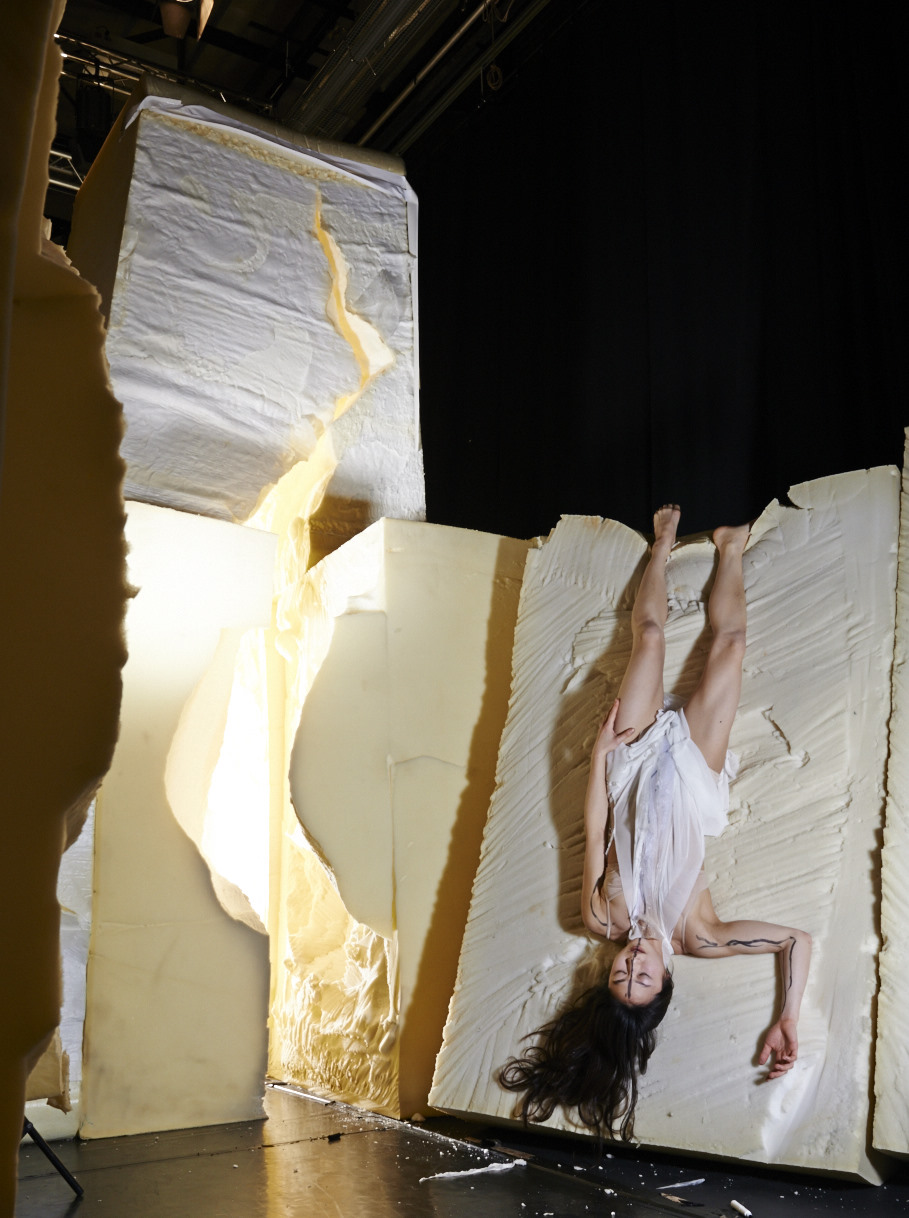 Milan Furniture Fair 2015 – what to look out for