The winners of the 2020 Antalis Interior Design Award have been revealed, with creatives from across the world being recognised for their design talent.

Now on its second edition, the biennial award attracted entries from 535 creatives, hailing from 24 different countries. Those submitted were judged within nine different categories, which included projects from home, office, retail and hospitality settings.

Among the winning entries was the Youse City Mural, entered by Marion Delage, co-founder of decoration company Parégrine, and illustrator Mariana Castillo. Winner of the office category, the piece was designed with the intention of making employees feel proud of their workspace.

The busy scene was printed on wallpaper for the office, and showcases a bustling cityscape in which people are playing sports, partying and relaxing. It was designed, they say, to reflect the company’s values and team.

Kok’s winning project saw him makeover the trendy Amsterdam restaurant Fred’s Kitchen with a colourful scene, which he says aimed to give the interior a “edgier look and ‘street’ vibe”.

Elsewhere the competition rewarded projects from public sector settings. The winner of the Public Recognition Award was Hungarian creative Andrea Böjtös, for their studio’s work with the Heim Pál Hospital.

The project saw the team create a North Pole scene in the hospital’s children’s MRI lab, aiming to make the whole experience less stressful for them.

Ordás’ project involved transforming the corridors of the el Niño Jesús Hospital in Spain, turning it into a woodland scene complete with trees, peacocks and other greenery. 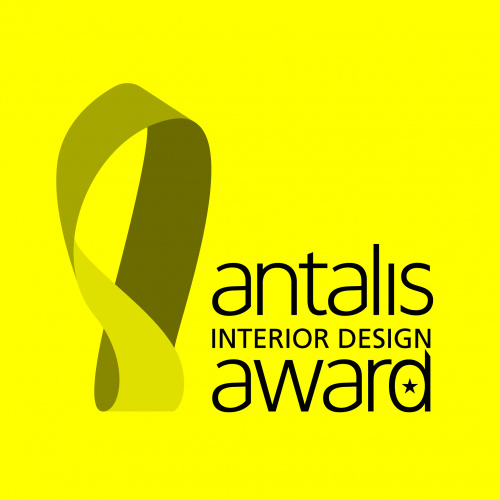 All of the projects entered into the competition were completed using at least one product from the Antalis visual communication catalogue.

As Europe’s leading distributor of paper,  packaging and visual communications solutions, entrants could pick from a wide range of design tools, from wallpaper and floor stickers, to large scale banners and textiles.

According to Antalis, this year’s entrants surpassed all expectation, with the company’s group marketing and purchasing director Xavier Jouvet stating: “We are proud of this event because it allows us to bring together on a single platform the different perceptions of design around the world. We are very pleased with the success of this second edition.”