Pentagram partner Marina Willer has designed a new visual identity for UK-based charity Nesta, based on a colourful “ecosystem” of floating shapes.

Nesta works to increase the innovation capacity of the UK through initiatives such as Make Things Do Stuff, a national education program designed to help young people understand technology.

Willer was briefed to communicate the often complex and multifaceted nature of Nesta’s work through the branding. In particular, this relates to the role it plays in relation to other organisations, says Willer, since it “never exists in isolation” and “is always partnering and collaborating”.

The new identity looks to reflect the way Nesta works by representing the charity as an ecosystem of separate floating shapes, inspired by the work of artist Kasimir Malevich and sculptor Alexander Calder, who invented the hanging mobile.

The shapes appear in different colours to reflect the organisation’s view of an “optimistic world”, and there are deliberate gaps and splits in them to suggest Nesta’s “effervescent energy” and “constant action”, says Willer.

This is reflected in the charity’s new strapline: “See Spark Shape Shift”, which expresses the “energy” seen in Nesta’s work.

A variation of typeface Futura using a thinner weight appears throughout the branding and communications, which Willer says is designed to look “modern” but not “trendy”, in order to ensure that it does not date.

Nesta’s new identity has now rolled out across all touchpoints. 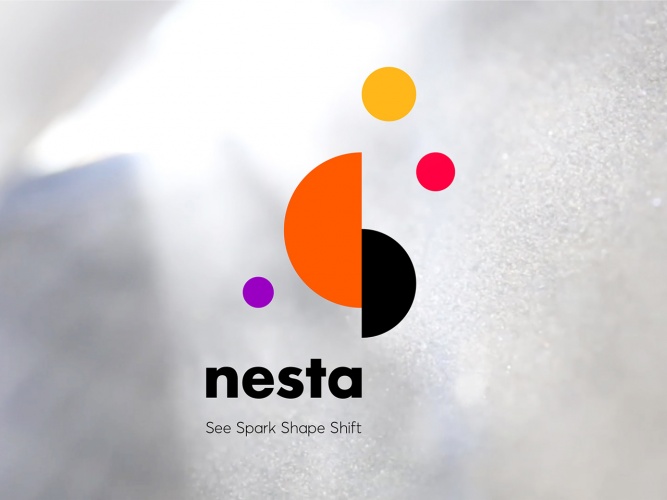 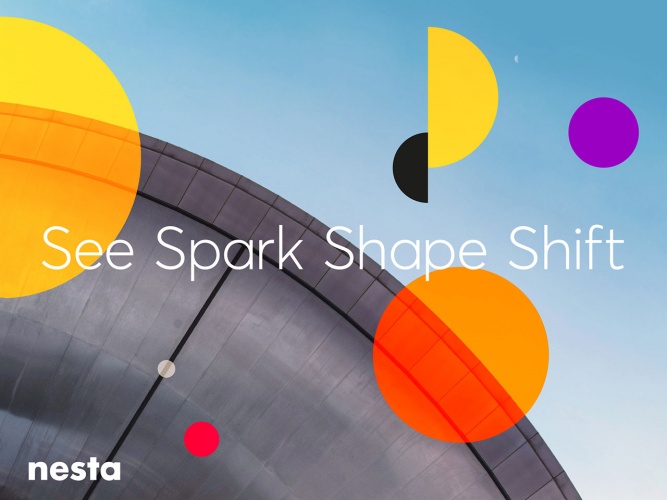 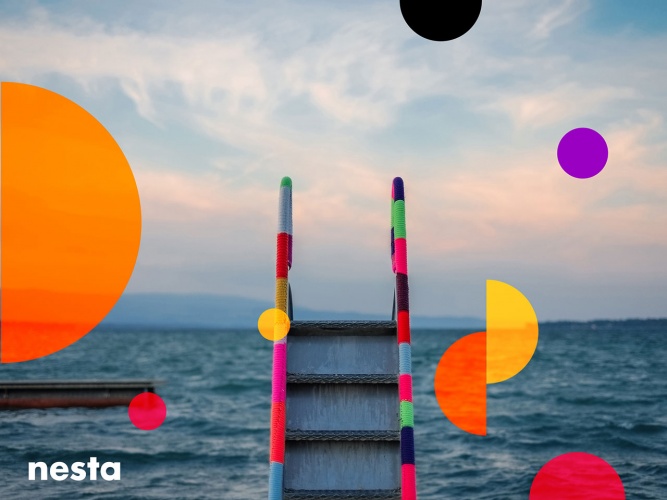 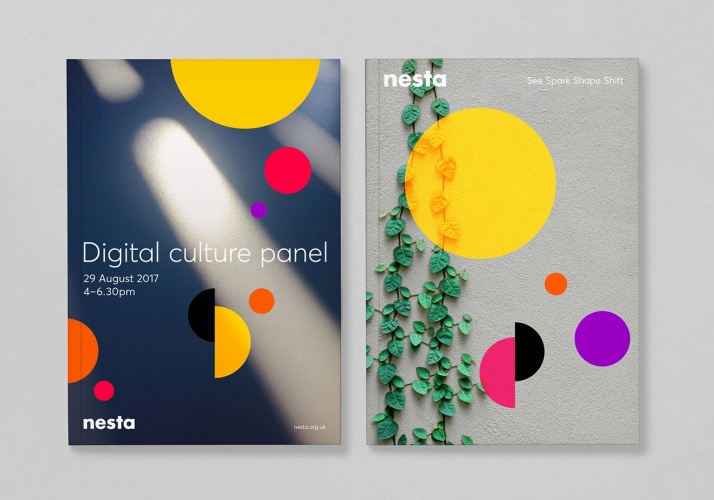 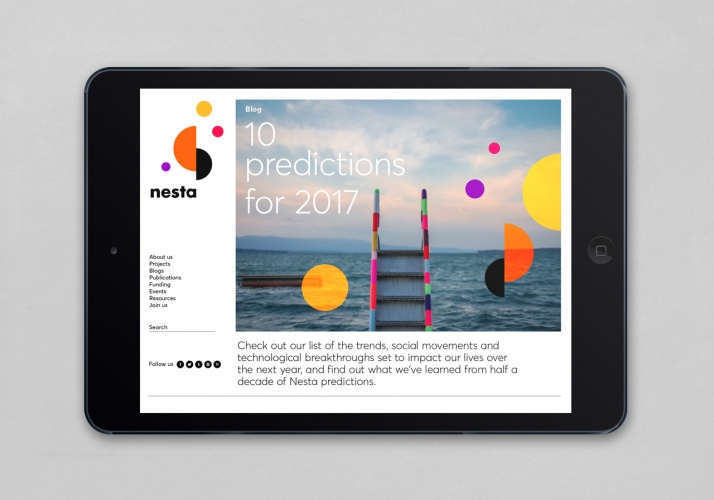