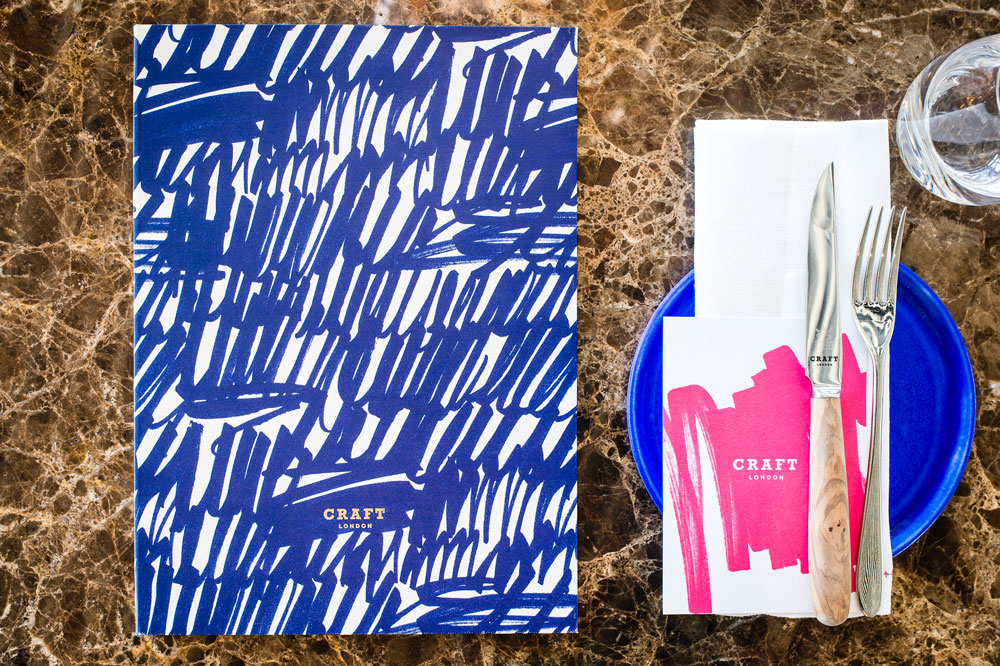 Here Design has created the branding for new British dining project CRAFT London, with the aim of making printing objects that “are there to be noticed”, says the consultancy’s creative partner Mark Paton.

CRAFT London incorporates a restaurant, cocktail bar and café, which are based in Greenwich, London. The consultancy designed the visual identity and packaging for the three venues, working alongside consultancy Tom Dixon, which designed the interiors.

Here Design used “mark-making” to differentiate the visual identities of each venue, to portray the “uniqueness” of each one, the consultancy says. 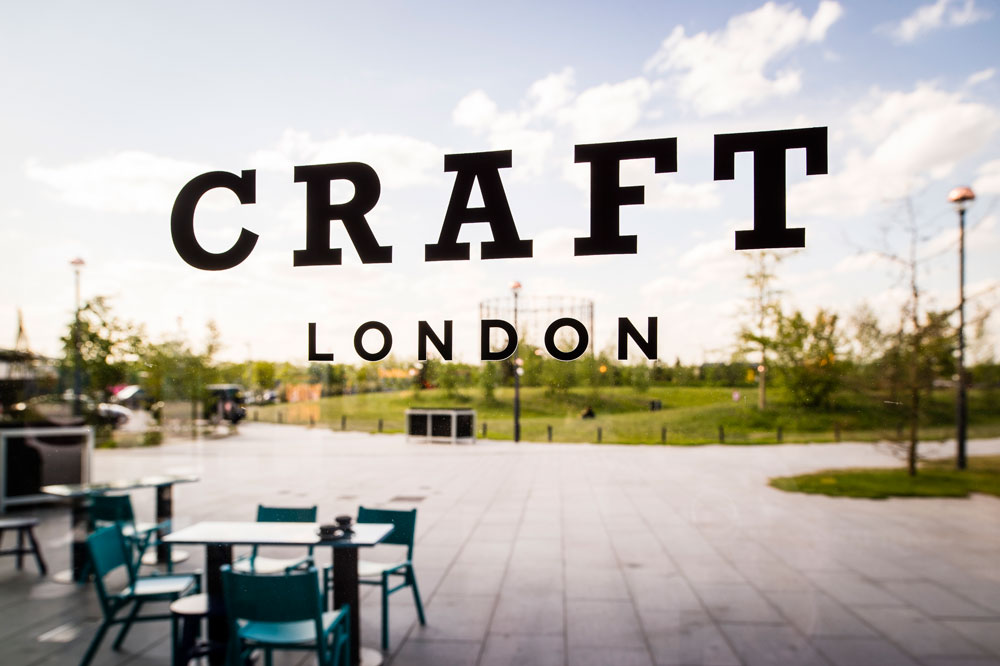 While the “CRAFT” word-mark remains the same, the background textures and colour schemes change to reflect the different interior environments.

“Our vision of the branding was to create a more contemporary understanding of craft,” says Paton. “We came up with this idea of idiosyncrasy and mess. We wanted to show the expressive qualities of craftsmanship, and express the fact that a piece of handmade pottery will entail mistakes.”

He adds: “In all three of the venues, the idea was to synchronise with the interiors but also fight against them, to make people really aware of the printed objects such as menus and flyers. We played around to see which brush strokes and colour schemes best suited the architectural spaces.”

The café’s visual identity uses a background of roughly-painted pink and blue brush strokes, to portray an “ideas-sharing” approach, while the restaurant’s branding is “more definitive”, created with a bold marker pen. The cocktail bar’s identity incorporates the use of paint, which aims to “jar with the marble-finished surfaces”, says Paton.

“It was about making printed objects that are there to be noticed,” he says.

Caz Hildebrand, partner and designer at Here Design, says: “We had a degree of freedom to make marks unselfconsciously, and could use a range of mediums, from paint to charcoal to biro.

“The branding’s flexibility means there is a limitless palette of marks for any expression of CRAFT London, from packaging to signage to events,” she adds.

CRAFT London, which labels itself as “New British”, was set up by Stevie Parle in collaboration with Tom Dixon, and aims to focus on “quality, contemporary” British cuisine, with the use of “exclusively British produce”.

The interior design aims to follow suit, and incorporates the “best of British”, the company says, using materials such as Scottish tweed, British limestone and London-designed lighting and furniture. 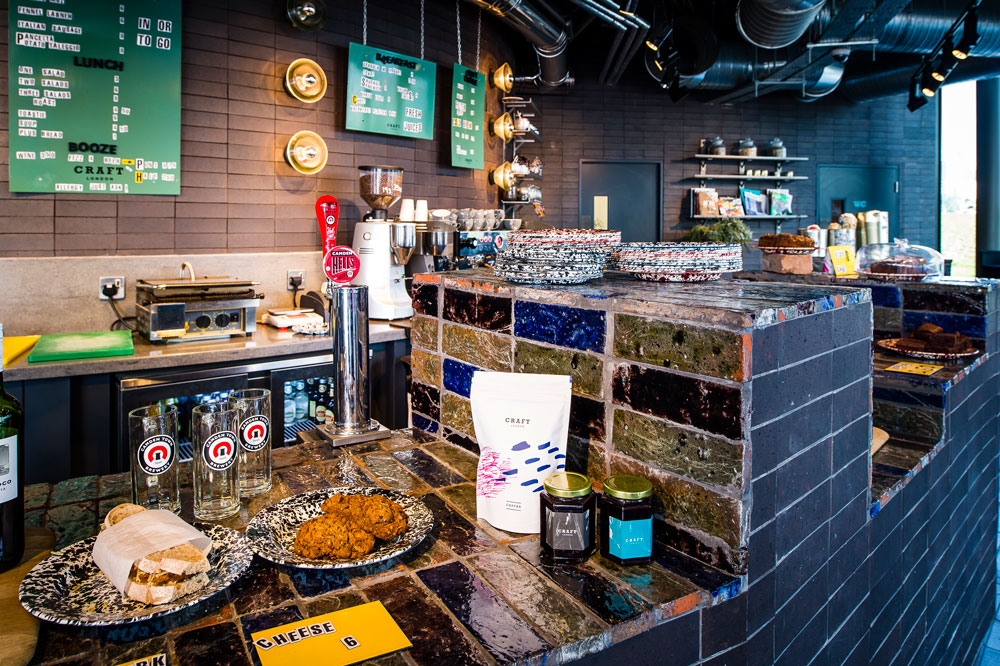 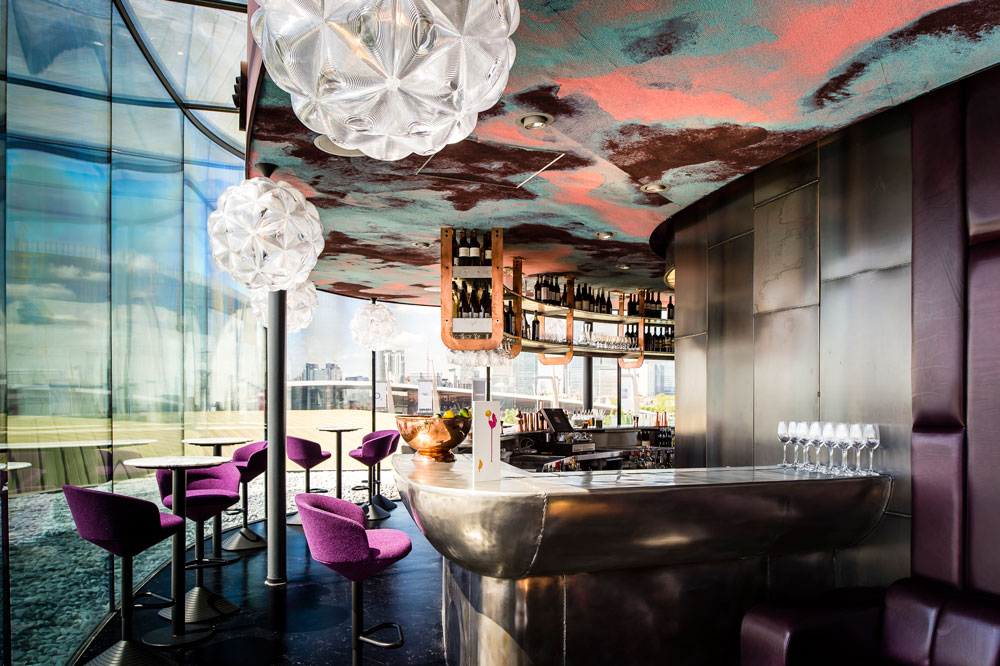 WilkinsonEyre architect has burst of confidence with new branding