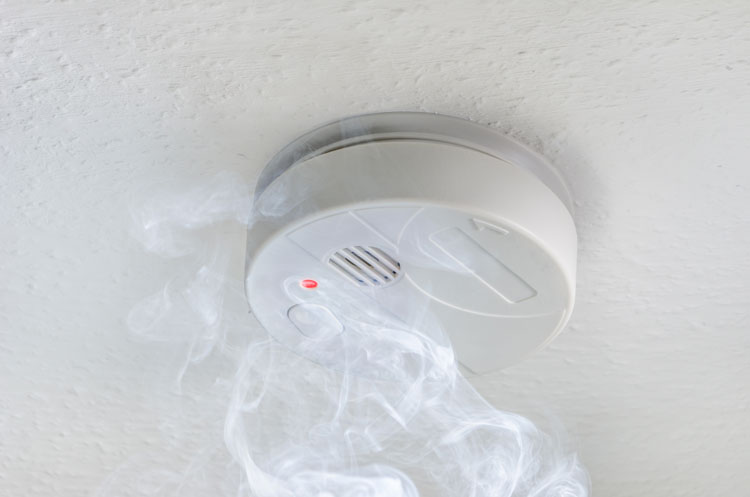 Smoke alarms could be redesigned to save more children’s lives, suggests new research from the University of Dundee.

Research from the University’s Centre for Anatomy and Human Identification (CAHID) shows that many children fail to wake up from the sound of smoke alarms, and this is particularly true of boys.

The test was then amended based on existing research showing that lower frequency sounds could be more effective. This woke up all the girls but again, none of the boys.

The team then modified the sound, combining a low frequency beep-rest-beep sound similar to a truck reversing with a female voice saying “There’s a fire, get up”. This combined sound woke up 90% of the children tested.

The research team has worked with medical professionals at the university to discover why this could scientifically be the case.

“We’re treating children like mini adults,” says Professor Niamh Nic Daeid, who headed up the research. “We’ve designed devices for an adult world with the expectation that children will respond in the same way.”

She adds that medics suggested the reasons could be evolutionary. “When children are born, they’re not pre-programmed by evolution to respond to the beeps and noises of a digital world,” she says. “They’re pre-programmed to respond to voices. It has to become a learned behaviour, so the younger they are, the less responsive they will be to traditional alarms, theoretically.”

Rodney Mountain, an ear, nose and throat (ENT), head and neck surgeon at the university’s School of Medicine adds that children need to “learn, recognise and interpret these sounds”.

The findings have now been taken to a six-month-long community research phase, with the University of Dundee seeking 500 volunteer families to trial test-kits in their homes, to provide research from natural environments.

The university will then seek funding from research grants or sponsorships to test the findings thoroughly in a “contrived” environment, within laboratory sleep chambers where changes in brain waves can be monitored, says Nic Daeid.

Researchers could work with designers on smoke alarms

If the findings are positive, the research team will then work with designers at the university to either redesign existing smoke detectors so that they incorporate the new sounds, or develop new ones.

This would sit alongside guidance for parents on planning in the case of a fire, to compensate for the percentage of children who might not wake up, even with a more suitable sound.

“We’re not saying smoke alarms don’t work,” says Nic Daeid. “They’re designed to wake up adults and they do that effectively. The takeaway message is that families need to bear in mind that detection systems might not always wake their children.”