Interabang has unveiled a 12-stamp collection for Royal Mail which is dedicated to the heroes and villains of the Batman comic book series.

The character of Batman has been going since 1939, and along the way has amassed a host of friends and foes. The stamp collection features six of each, including characters like the Joker, Catwoman, Robin and Batgirl, as well as the caped crusader himself. 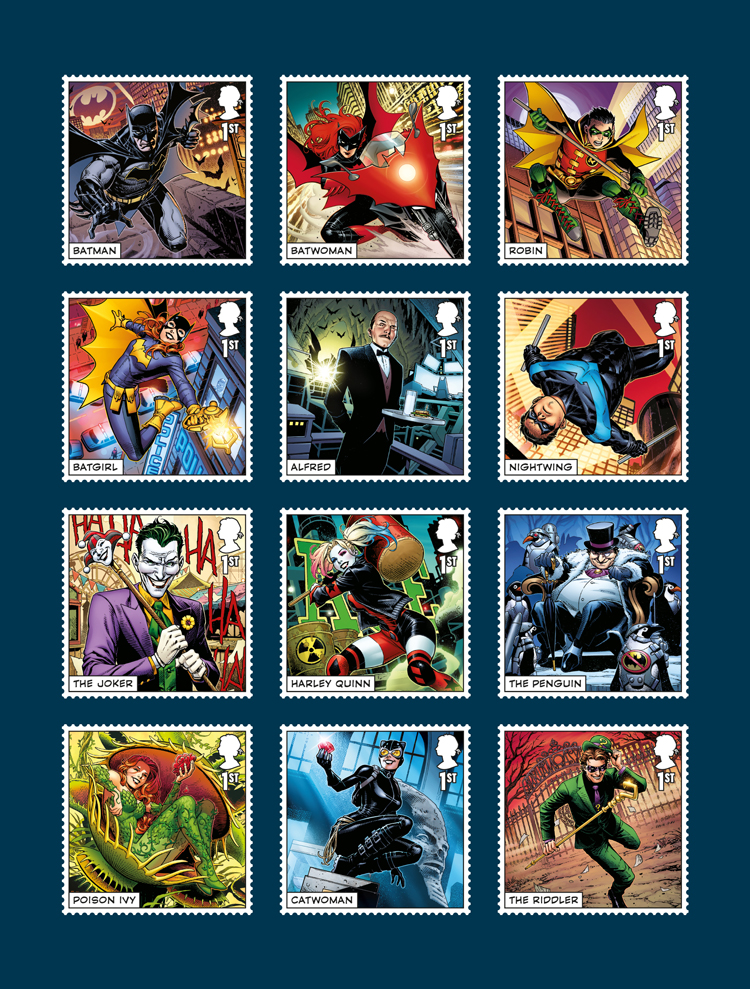 “We had a good knowledge base on the topic already”

Interabang was brought onto the project having worked on several stamp collections with Royal Mail in the past.

This collection in particular “felt like a great fit” for the studio, according to creative director Adam Giles, because both himself and fellow creative director Ian McLean are big comic book fans. “It felt like we had a good knowledge base on the topic already,” says Giles.

More so than with previous Royal Mail projects, Giles says the focus for the Batman collection was to create a narrative that could subtly unfold over the course of the 12 stamps. 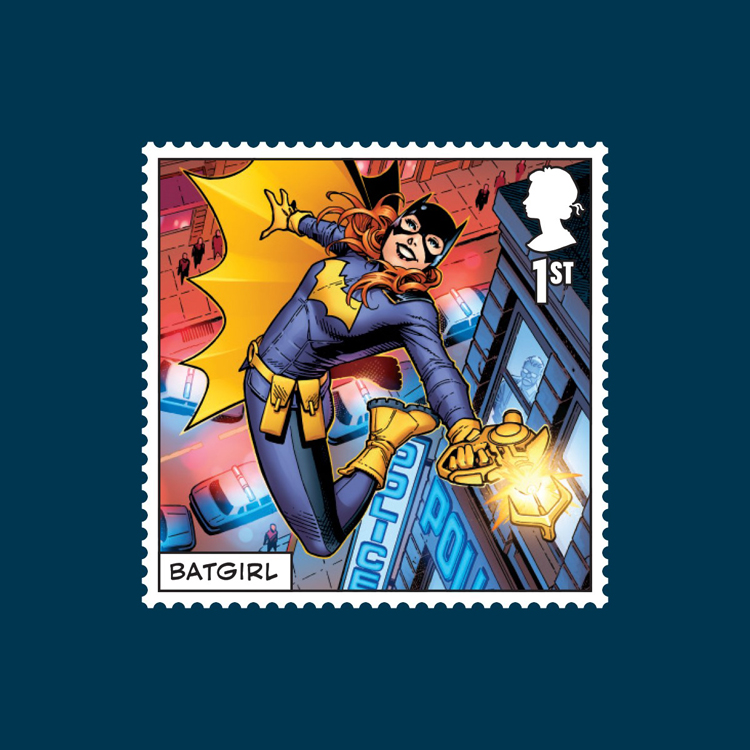 A nod to Batman fans

While designing an “aesthetically engaging” set was Interabang’s first priority, Giles says being able to delight fans of the comic books was also an aim. He says the team has done this through storytelling and the inclusion of fan-favourite elements and characters.

Giles gives the example of the Batgirl stamp, which sees the character swinging via grappling hook in front of the Gotham City Police Department. Discerning fans will notice in the window of the building is Commissioner Gordon, the father of Barbara Gordon, otherwise known as Batgirl.

In line with Batman’s reputation as “the world’s greatest detective”, he hints there are several “hidden” elements for fans to find too.

“A very difference canvas than a comic strip”

All 12 are set in Gotham City, the fictional setting of the comic books, at different and significant areas. Giles says Gotham really acts as an “omnipresent thirteenth character”, because of its prominence across the collection.

To make each stamp look as authentic as possible, the Interabang team worked with DC comic book artist Jim Cheung to develop each stamp. Giles explains that together, they navigated the particular conventions of stamp design. “It’s a very different canvas than a comic strip frame,” he says.

“The challenge was working out how to load up the stamp with detail, without overloading it,” Giles explains.

The team were also given access to the DC Comics image library to help develop the stamps. As both a fan and designer, Giles says this was a source of huge inspiration. 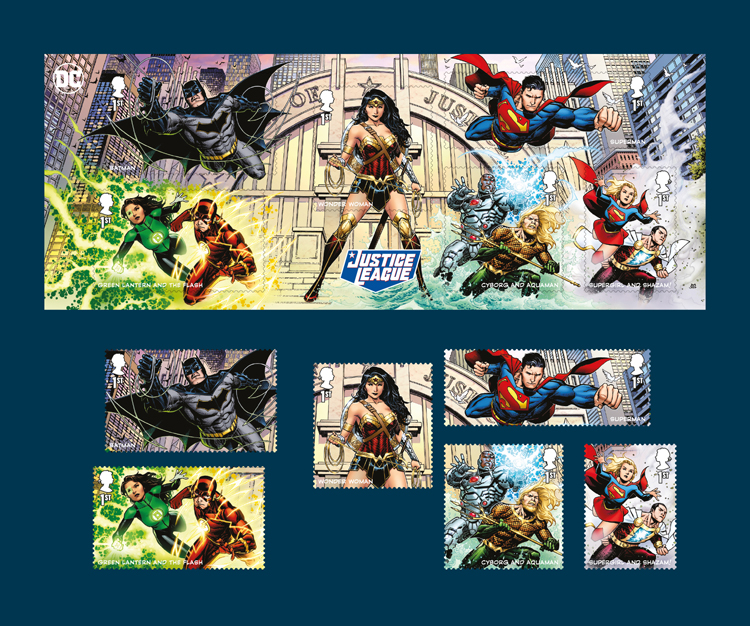 “It was a technical challenge to make it look effortless”

As well as the 12-stamp Batman collection, the studio has also developed a range of collectibles. These include presentation packs, Royal Mint medal covers and first day covers.

Additionally, Interabang has designed a miniature stamp sheet, which depicts the nine-strong Justice League. This format presented its own design challenges, Giles says.

The sheet, which features the “trinity characters” of Wonder Woman, Batman and Superman, features a single action-filled image. “The challenge was really how to make the image look dynamic and exciting, while also ensuring each stamp, when removed, could stand alone in its own right,” Giles says.

“It was a technical challenge to make it look effortless,” he says. 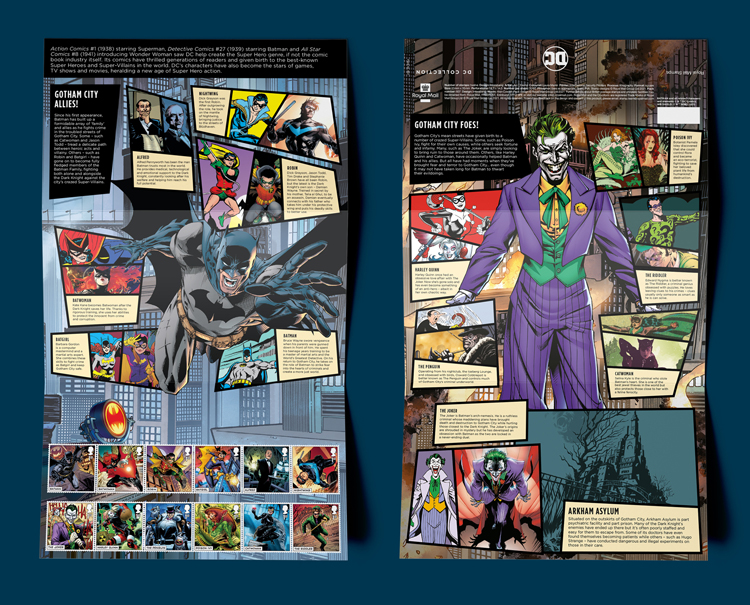 What do you think of Royal Mail’s latest stamp collection? Let us know in the comments below…

Things to see and do at London Design Festival 2021