On 6 September 2001, Britney Spears headlined the MTV Video Music Awards (VMAs), with the lead single of her third studio album, I’m A Slave 4 U.

Images of the singer-songwriter dancing with an albino Burmese python draped across her shoulders are still widely shared and referenced online, and the performance remains a huge part of pop culture folklore.

The show was the work of entertainment architecture studio Stufish, whose team worked with Britney to design and build the set in just three weeks. Twenty years on, Stufish CEO Ray Winkler says the performance is still one of his career highlights. 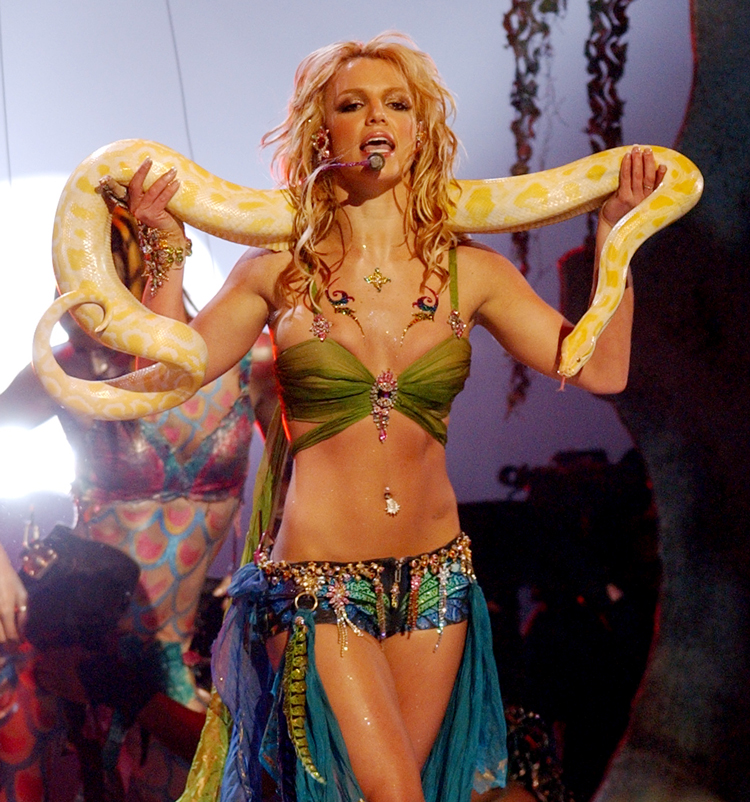 “Freed from a limitation we didn’t know existed”

For Winkler, the performance and its supportive set design was particularly memorable for its lack of technological input. Twenty years ago, technology was no where near the level audiences expect today. But Winkler says far from this being a constraint, the team was actually “freed from a limitation we didn’t know existed”.

Huge LED screens, for example, were absent from Britney’s performance that night. The technology was still too heavy and too expensive in 2001. And even if they were available, Winkler says the “big, bright and dominant” screens often have the tendency to overshadow performers. “It’s a tail-wagging-the-dog kind of situation,” he says, wherein audiences watch a director’s interpretation of the show, rather than the stage itself.

Instead, he says the team had to concentrate on enhancing Britney’s already-formidable stage presence in a physical way. Choreography, lighting, stage set, colours and textures all had to work together, but in a way that supported the singer’s performance, rather than overshadow it.

He says this approach has a “real historical precedent”. “Hundreds of years ago, when a pope stood at the head of a cathedral to address the public, it wasn’t the architecture of the building that made people listen.”

There were four main architectural markers to the I’m A Slave 4 U stage set – three revolving cages and a large tree. Winkler describes the look as “some kind of futuristic dystopian techno jungle”. The cages and surrounding props were supposed to evoke feelings of “captivity, temptation and sexuality”.

The idea was to create an abstracted version of the natural world, Winkler explains. Rather than typical greens, the dominant colours were gold, silver and bronze. Instead of LED screens, black velvet star cloth was used as a backdrop. Beyond the more conceptual ideas, the team also had to design practical elements – the cage the singer emerged from at the start of the performance needed a lock that was easy to open, but one that kept the (real) tiger enclosed, for example.

He says the I’m A Slave 4 U concept “came straight out of Britney’s hat”. “She showed an extremely high level of awareness and sophistication for theatrics, and the environment this performance needed to be held in,” Winkler explains.

Twenty years on, Winkler says the themes the signer wanted to address in the show appear to have a deeper meaning with hindsight. This is largely down to the Free Britney campaign, which reached fever pitch earlier this year. The online advocacy campaign sought to get the singer’s father removed as her conservator, (a legal term for guardianship in the US). 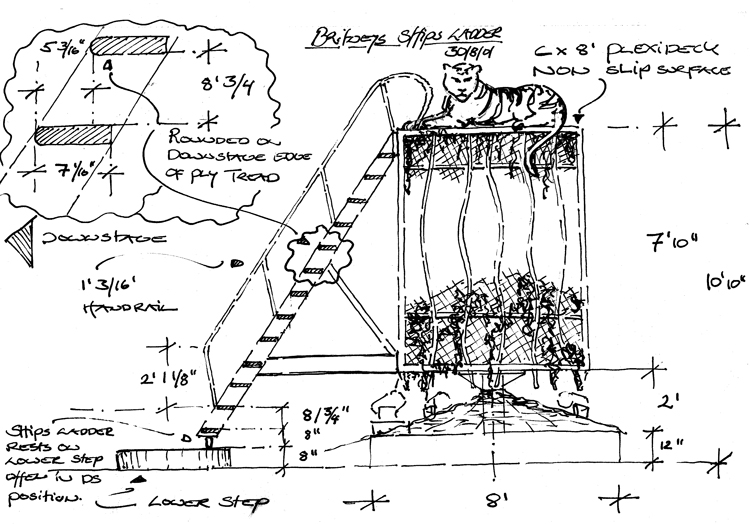 “Designed to be shown on the small screen”

While a three-week lead time isn’t uncommon in the entertainment industry, according to Winkler, the fact the design work for the New York-based show was carried out while the Stufish team was in London made things challenging. “Things were very much done over the phone and via fax machine,” Winkler says.

The project was an exercise in simultaneous working, he says. While the team were designing and developing the physical elements in London, Britney’s team were marking out the set so she could choreograph according to what would be onstage on the night. “She needed to be spatially aware of things, more so than needing to know what colours things were going to be,” Winkler explains. It was only much closer to the time that the team flew over.

Beyond making sure the set was designed in a way that complimented Britney’s performing style, Winkler says the next biggest pressure was ensuring it looked good on TV. While there was a small live audience that night at the Metropolitan Opera House, I’m A Slave 4 U was “designed to be shown on the small screen” as part of the wider MTV VMA award show.

At the time, television performances needed to be shot in a 4:3 aspect ratio, meaning spacing of elements was “really important”, Winkler says. How a performance is viewed is still a major consideration for Stufish today, but now he says the driver is how things will look on a smartphone screen. 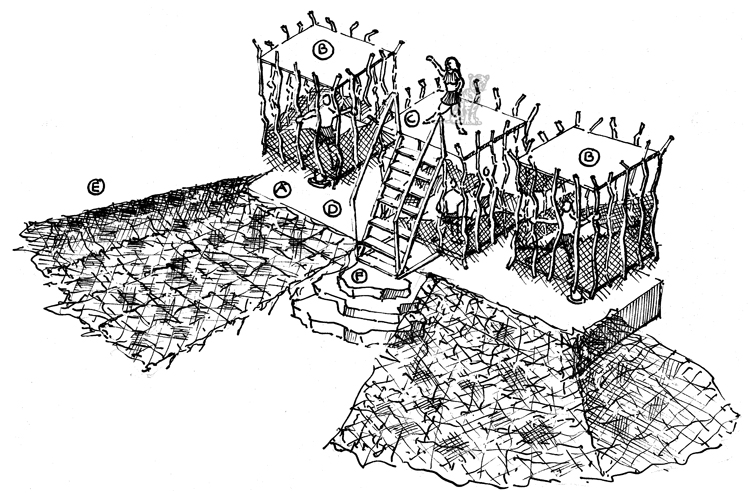 With so much to do in so little time, Winkler says he can’t remember sensing the lasting impact I’m A Slave 4 U might have on pop culture. “It’s difficult when you’re in the heat of the moment and so focused on delivery,” he says. It was only seeing the reception the performance got afterwards that he got a sense of the feat they had pulled off.

Winkler says the biggest lesson learned from the project was “knowing when a good idea is a good idea”. “There were far more ideas on the table than could be physically executed, so the fact we were able to cherry pick the right ones was important,” he says. Being so early in his own career at the time, he says this is something he was able to use in later projects.

That said, there are things Winkler says he likely wouldn’t repeat. “Would we do a show with animals now? Probably not, because the world has moved on from that point,” he says. “That said, that tiger was the best fed crew member on set.” 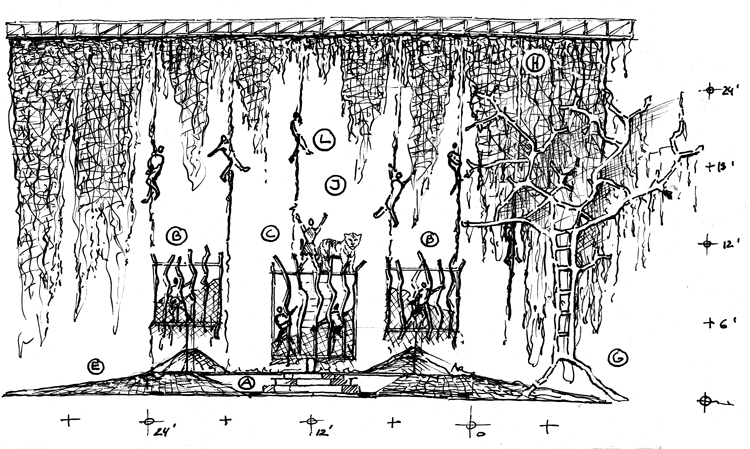