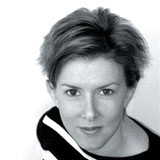 Apple Computer appears to have placed another Brit at the heart of its design operation, with the appointment of Harriet Devoy to the newly-created position of creative director for graphic design at Apple Europe.

Devoy (pictured) is currently creative director of The Chase’s London office, but departs from the consultancy just as it is sold to integrated communications group Hasgrove for an undisclosed seven-figure sum.

Specific details of Devoy’s position at Apple are yet to emerge, but the new role is thought to involve design management and could lead to the growth of a UK-based in-house team, with Devoy at the helm. It is believed that Devoy will be initially responsible for co-ordinating the efforts of external creative teams and advertising agencies working for Apple across Europe.

She is expected to join Apple at its London headquarters – located just behind its flagship Regent Street store – after Easter. Apple declined to comment on the appointment as Design Week went to press.

Apple’s senior vice-president of design is British product designer Jonathan Ive, who is based at the company’s headquarters in California. At The Chase London, Devoy will be replaced by Steve Royle, a senior designer who worked very closely with her for four years.

Ben Casey (pictured below), founder of The Chase, insists that it will be ‘business as usual’ for the consultancy, in spite of the takeover by Hasgrove.

The company will retain its brand identity and continue running its studios in Manchester, Preston and London.

Casey adds that joining a network will allow The Chase to build its strategic offering and get a foothold in Europe.

Hasgrove also owns integrated marketing company Connectpoint, Flent PR and Carm Media, a TV production studio and consultancy. ‘We didn’t want to join a vast network, but wanted to be at the centre of a group, rather than a speck. This move makes sense all round. There will be no radical change. We will share skills and resources within the group,’ says Casey. 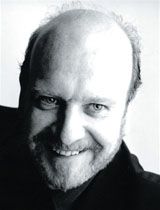 Hasgrove remains acquisitive and is poised to buy a Europe-based business within the next three weeks, says Connectpoint chief executive Nick Bradshaw.

‘The Chase ticks the box for getting the best of breed. Its culture fits perfectly with ours. This enhances our design strengths,’ adds Bradshaw.

• Appointment comes as Hasgrove acquires The Chase for seven-figure sum

• Steve Royle will replace Devoy at The Chase’s London office