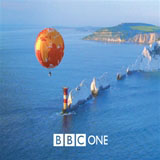 It has emerged that the BBC has axed six design consultancies from its design roster and delayed a full review of the roster until next year.

Rather than hold a full review now, as was intended, the roster contracts are being renewed for the rest of the year because of continual internal changes at the BBC. In the meantime, six of the least-used consultancies, including product design specialists, have been dropped from the list, according to BBC head of brand guardianship Ana Zaragoza, who declines to reveal more details.

The roster review is earmarked for the beginning of next year, but the process is anticipated to be ‘long and complicated’ and will be tendered through the Official Journal of the European Union, adds Zaragoza. ‘Because there were so many changes, we wanted to wait until we knew our requirements before carrying out a full review. We have debated what to do, but a full review is planned for January 2007,’ she says.

The existing roster was compiled in July 2003 and originally featured 28 consultancies, with contracts running until the end of March this year. According to Zaragoza, the BBC had the option to extend these contracts for up to two years and at the same time remove some consultancies from the list.