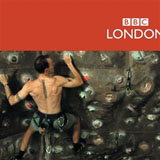 It was a neat deal for Red Bee Media to leave the BBC in July last year with a contract to supply services back to its former owner until 2015. But this contract is now being investigated by the Government’s communications regulator Ofcom, on the grounds that it may be anti-competitive.

There have been rumblings of discontent in the world of screen design about Red Bee’s ability to leverage its BBC legacy post-sale. Some of these complaints are perhaps sour grapes, given that Red Bee is operating within the terms of agreed contracts, even if those terms happen to be fairly favourable. As well as the ten-year supply contract, it emerged last week that Red Bee also secured agreements to use BBC resources, such as advertising job vacancies and finance systems (DW 30 March). The BBC says that such agreements are standard practice, but both companies refuse to disclose details of the services Red Bee has access to and for how long.

From the outside, it is easy to see how Red Bee is a tough competitor. It is housed in the specially-designed, BBC-funded Media Centre in London’s White City, fitted with state-of-the-art broadcast and editing equipment. It still trades heavily off its former BBC Broadcast name and it is anchored, financially, by the long-term BBC contract.

Rival design consultancies have noted the wow-factor bestowed on foreign TV channel executives who visit the Media Centre to hold screen design pitches. This is, of course, just Red Bee’s happy inheritance and not a breach of fair competition rules in itself.

However, if Ofcom does conclude that the ten-year supply contract between Red Bee and the BBC is anti-competitive, it could force a reduction in the length of that contract, according to press reports. Such a move would open up a raft of BBC creative work for external design consultancies, along with a more significant volume of technical play-out services, but it would also strike at the very heart of the value of the deal.

Last year, more than 90 per cent of revenue for the then-BBC Broadcast was generated through work for the BBC. From July 2005 to 2015, around £500m is expected to derive from the ongoing contract to supply the BBC with Red Bee’s services, which include design, electronic programme guides and play-out, the majority of which are technical, rather than creative services.

So Ofcom’s investigation could prove significant. If the regulator was able to significantly scale back the ten-year contract to avoid infringing competition law, Red Bee’s value to its new owner, Australian investment fund Macquarie Bank, could be substantially dented.

According to Bruce Dunlop Associates creative director Bruce Dunlop, such a contract gives Red Bee a level of stability not found in the ‘real world’. He says: ‘It would be fantastic to have a ten-year deal – you could go to sleep. You don’t have to make money on every single job, when you have a contract like that. It’s not a level playing field, it’s a fantasy land, and they’ve lived in that for a long time.’

Another senior screen design figure speculates that Red Bee can undercut rivals on design fees by leveraging its production services, as well as the financial security of the long-term BBC contract.

Ofcom began investigating the ten-year supply contract in December 2005, following a complaint from Independent Media Support Group, a supplier of media services to broadcasters. Another figure from the design industry has also written to Ofcom to complain unfair competition. 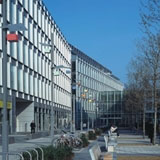 The regulator is now gathering evidence from all the parties involved, looking at whether the contract is anti-competitive and whether Red Bee is operating in ‘abuse of a dominant position’. In November last year, the Office of Fair Trading told Ofcom that the ten-year contract was not necessary for the deal to go ahead. It also found additional reasons why such a long-term contract is not necessary, but these findings have been deleted from the report at the request of the two parties, which claimed commercial confidentiality.

Ofcom aims to finish its investigation by June, although this could be extended by another six months if an infringement is found. A spokesman for the regulator declines to speculate on the action that Ofcom might take in the case of anti-competitive behaviour, saying each case is treated on merit.

Whatever the outcome, Red Bee seems destined to invite the type of anti-monopoly campaigning which doggedly pursues all things BBC, formerly or otherwise.

RED BEE MEDIA AND THE BBC:

• Approximately one third of Red Bee creative revenue derives from BBC work, according to a spokeswoman

Design Association is an accreditation scheme