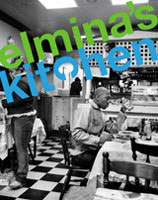 Radical, amazing and flabbergasting are just some of the terms being used to describe Nicholas Hytner’s directorship of the National Theatre, which is not bad going because he’s not started yet.

But he’s made no secret of his wish to attract an audience wider than middle-aged middle England. He’s announced a £10 cap on two thirds of tickets at the Olivier Theatre. And last week he unveiled the NT’s spring season along with a radical new look, so the descriptions are apt enough.

The redesigned literature – programmes, posters and leaflets – is a foretaste of what’s to come under Hytner, who takes over from Trevor Nunn on 1 April. A vital part of any theatre’s visual identity, it rolls out this week, whereas the season it is advertising doesn’t start until April.

‘What we’ve done with our graphic approach [reflects] our new repertoire, which is much more contemporary than people expect at the NT,’ Hytner says, speaking in measured sentences spiced with theatrically colourful adjectives and the occasional swear word. It’s hard to argue: come the spring, ‘Jerry Springer – The Opera’ will play alongside a host of new plays such as Elmina’s Kitchen, set in Yardie-run Hackney.

‘We’re projecting a contemporary message, so I was anxious to be sharp-edged, brisk and witty in our graphics,’ Hytner says. Gone, therefore, are a clash of images tailored to each play and traditional black-and-white actor head shots. Instead, the programmes and posters feature uniformly monochrome photographs of key players or, more often, shots from Getty Images’ contemporary collection and vintage Hulton Archive, not necessarily directly illustrating the production.

Getty is a ‘creative partner’ for the 2003/2004 season, the first relationship of this kind for the NT, and will be creating a foyer exhibition of images later this year.

The vibrant typography is even more of a departure. It leaps around the page, and ‘challenging’ quotes from each play are used to ‘stir the imagination’, as the NT’s official blurb eloquently puts it.

The graphic output is the work of the NT’s in-house team: art director Michael Mayhew and graphic designers Patrick Eley and Stephen Cummiskey. The team presented three concepts to Hytner, who, unsurprisingly, chose the most extreme. ‘We wanted to focus totally on the plays, rather than the building or the company,’ Mayhew says.

The literature is also designed to work harder. The NT hopes the posters, funds allowing, will be seen more widely than just the immediate NT environs of London’s South Bank, such as Tube stations and the West End. They must therefore sell the theatre, Mayhew says. ‘We’re keen to use the poster genre more effectively.’ There is only one thing that remains unchanged: the NT logo. Its simple interlocking structure, designed in the late 1970s by Ian Henrien, is widely recognised and still ‘works very well’.

The in-house team rarely works with outsiders, but occasional collaborations can be fruitful. It worked with Alan Kitching in late 2001 on a programme for new plays, and the partnership helped define the material’s latest look. ‘We learned a lot from the experience,’ says Mayhew, ‘and have been influenced by [Kitching’s] brash, large-scale use of words.’

Although he worked with the graphics team, Hytner is less concerned with the graphic details, but he becomes passionately vocal on the subject of the theatre’s building, location and open spaces. ‘There’s an air of conference centre about the place, which, over time, I’d like to remove,’ he says.

He is keen to stage more exhibitions in the NT’s foyers, ‘but it’s very expensive to do so we need to find ways of making it self-supporting’, and thinks cafÃ©s, bars and shops in and around the building are vital. ‘The whole experience should be exciting. It’s terribly important that we give people as good a night out as we can, in every respect. It’ll be the work of many years to make sure it’s as good as it can be, though,’ he says, pointing to the ‘shatteringly inadequate’ kitchen facilities, a particular bugbear, it turns out.

The whole of the South Bank should be buzzing with shops and cafÃ©s, he says. ‘People traditionally thought you had to protect visitors to theatres, cinemas and concert halls from the iniquity of retail and c

atering. But it’s bollocks, we’re much more Continental in our approach to leisure time now. The South Bank terraces should be lively and animated, with lots of lovely capitalists. Instead, we’ve been betrayed by the terrible, joyless, stunted spirits of the 1960s’ and 1970s’ planners, so it’s going to be hard,’ he finishes, with a flourish.

I ask Hytner about the importance of creating a consistent ‘brand’, inside and out, for the NT. But he’s uncomfortable with the term. ‘There comes a point at which that kind of talk, and what we do, is inimical. What we do is put on shows, and around the shows give people a good night out. That’s a very wide brief to someone who’s looking after the brand image,’ he says.

If the new look, alongside his visionary new season, helps attract an audience outside the NT’s loyal band of followers, however, (‘there’s plenty of spare capacity for others to join in’) branding might just turn out to play a more important role than he thinks.

April 2003 Succeeds Trevor Nunn as director of the National Theatre

1990-1997 Associate director, National Theatre. Plays include Mother Clap’s Molly House by Mark Ravenhill (2001). Other London work includes Miss Saigon (1989) and The Lady in the Van (1999) among many others

Greif and Stephenson works for Waterstones