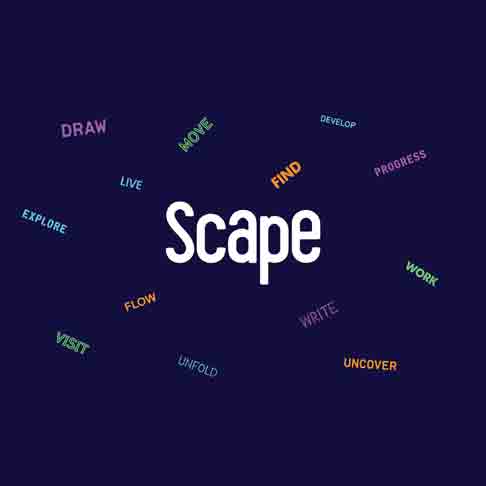 Ab Rogers Design and Praline are working on a new design-focused student accommodation project, Scape, which is due to open in London’s Mile End in 2012.

Praline was appointed to create the name and brand and Ab Rogers Design to design the interiors for Scape in September 2009. The architect for the build is Ernesto Bartolini, of DA Studios.

Praline was chosen because it is ’a small, youthful-minded consultancy which has a lot of experience of designing for students’, according to Scape partner Tom Ward.

The consultancy was briefed to create an identity (pictured) with a ’buzzy and youthful energy’ to differentiate it from traditional branding for student accommodation, which is often similar to that of public bodies, says Praline founder David Tanguy.

The name aims to convey a ’new [land]scape of culture, a new territory’, says Tanguy. The identity is playful and bright, and the uneven type heights reflect the idea of a cityscape without being too obvious, he adds.

Ab Rogers Design will create the interiors for the whole site, and is currently working on the student bedrooms. The 12.5m2 rooms have been inspired by couchettes, submarines, space travel and London’s Barbican, says Ab Rogers Design creative director and owner Ab Rogers.

The overall look and feel will be sleek and minimal, with many fittings, such as door handles, hidden in the design, says Rogers.

Rogers says, ’We will be concentrating on the light and acoustics of spaces, as well as the overall aesthetics.’