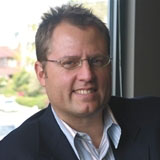 WPP-owned Fitch has appointed George Murphy (pictured), a former executive at Starbucks and The Coca-Cola Company, as managing partner for the Americas region, a move which puts him in control of Fitch’s Seattle Studio.

He also replaces head of Fitch Seattle Sue Nixon, who is stepping down after ten years at the consultancy to pursue other interests (DW 29 June). Murphy joins Fitch from Modo Group, a US brand strategy consultancy he founded in 2003.

As a partner at Fitch, Murphy will be responsible for overseeing the implementation of brand strategy and communications across the Americas.

He will assume management of the Seattle studio, which employs more than 50 associates, overseeing key accounts such as Viacom, Cisco Systems, DHL, General Electric and Pernod Ricard, which were built up under Nixon’s ten-year tenureship at the consultancy.