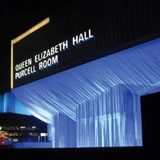 A pioneering research centre to allow designers and artists to explore the properties of light has been proposed as part of the redevelopment of the South Bank Centre in London.

The Light Lab will be headed by Willie Williams, lighting director for U2, and will allow artists and designers from around the world to use the site and other South Bank venues as a ‘canvas’. Williams has already created a lighting scheme to illuminate the architecture of the South Bank’s buildings, which was unveiled last week (pictured).

A spokeswoman for the organisation says that the scheme is in its ‘very early stages’ and decisions are yet to be made on how Light Lab will operate, who will have access to its resources and where it will be based in the South Bank complex of buildings, which includes the Royal Festival Hall, Queen Elizabeth Hall, Purcell Room and Hayward Gallery.

Plans for Light Lab were announced by SBC artistic director Jude Kelly as part of a preview of the centre’s forthcoming artistic programme. This programme will be introduced following the completion in June 2007 of a two-year, £111m refurbishment of the Royal Festival Health and its surroundings. The project architect is Allies and Morrison, with a lighting scheme by Spiers & Major and landscaping by Gross Max.

As part of the relaunch, Wolff Olins is working on the centre’s corporate identity. Despite initial plans to launch the branding in March this year, the identity work is ongoing and the consultancy declines to comment on the status of the project, which appears to have been delayed.

SBC’s opening season includes plans for the ‘first ever’ full-scale museum show in London of work by sculptor Anthony Gormley. Alongside existing pieces, the exhibition will feature new work by Gormley, including Event Horizon – a display of 32 sculptural figures placed on top of buildings around the horizon and all looking towards the Hayward Gallery. According to gallery director Ralph Rugoff, permission has been granted for one of the figures to be installed on top of the Houses of Parliament.