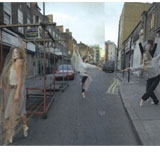 Designers and photographers from two UK colleges have scooped the top prize at this year’s D&AD Global Student of the Year Award, beating work from the competition’s advertising entries.

A graphic design duo from Buckinghamshire Chilterns University College and two photographers from Central Saint Martins College of Art and Design were chosen by the D&AD executive committee to receive the top accolade, only the second time in the award’s 28-year history that there have been joint winners.

More than 3000 entries were received from 36 countries – a record response, according to D&AD. The geographic range of entrants – more than a quarter from outside the UK – moves the competition even further onto the international stage.

According to Garrick Hamm, creative director at Williams Murray Hamm and D&AD Education Chairman, the broadening overseas reach brings an influx of ‘difference and variety’ to the work. ‘You want difference – people who can tackle things in a different way. I want to see something that I can’t get out of my studio,’ he says.

The overall winning work came from graphic designers Klaas Diersmann and Sakurako Haino of Buckinghamshire Chilterns University College for their ‘witty and original’ take on MTV’s brief to create a 25th anniversary adaptation of the broadcaster’s logo, for use both on and off air.

They share the top prize with Noemie Goudal and Ronan McCall of Central St Martins College of Art and Design, who were selected for their response (pictured top) to Creative London’s brief to ‘communicate your perception of London as an international centre for creativity, through a series of photographic images’.

Overall, the selection of first prize winners showed a weighting towards the design categories, including photography, with just nine of the 23 firsts awarded to advertising entrants. First prize winners each receive £1000 prize money, as well as the D&AD Yellow Pencil trophy.

A trio from Central Saint Martins College of Art and Design took first prizes for two of the three briefs in the product design and innovation category. Sandra Chung, Leon Lai and Michelle Lee were awarded first for the Experiencing Energy brief, set by the Design Council, in which students were tasked with redesigning household energy consumption to achieve greater efficiency. They also won a brief set by Virgin Atlantic, which called for the design or redesign of any element of the company’s aircraft interiors to improve the long-haul travel experience.

A third product design brief – a challenge from Seymour Powell to design a three-dimensional object for telling the time – did not produce a first prize-winning design. 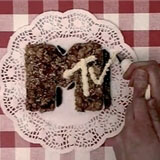 ‘The spread of work is getting ever closer to being professional; some could have won the professional awards,’ adds Hamm. ‘But, while the top level is getting better, there’s a lot of pretty ordinary, derivative and boring work. Some courses are very focused [on specific disciplines] and are producing very slick work, but I’ve noticed creativity dropping off in certain areas.’

The winners of the competition were announced at an awards ceremony in Old Billingsgate in London, last Thursday.

• 32 nations entered; 18 per cent of entries from outside the UK