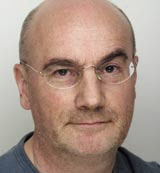 The Internet is not just a great success story, it is also changing the way traditional media work, forcing them to be more democratic, says Adrian

Life without the Internet is unthinkable. The Web is as fundamental to our lives as radio and TV were to previous generations.

Magazines, newspapers, TV channels, radio stations and record labels are all now shaped by the interactive attributes of the on-line world. Even advertising is undergoing an upheaval. A recent Financial Times report stated, ‘The Internet will, this year, overtake national newspapers to become the third biggest advertising medium by spend.’

The Internet has inaugurated a new era of participatory media. The old media empires, which have for so long enjoyed the luxury of addressing a passive audience, are being challenged by a digitally enfranchised public: cheap-as-chips blogging software enables anyone to publish his or her views; podcasting turns us all into instant broadcasters; sites such as Flickr and You Tube allow photography and film footage to be accessed by millions; and digital culture has transformed the way record companies sell and distribute music. Democracy has invaded the media citadel.

It is no longer possible to watch TV without being begged to ‘press the red button’, or urged to ‘text your views’, or cajoled into taking part in meaningless opinion polls. Watching television, especially news and current affairs, means being subjected to invitations to interact.

But why this sudden interest in the opinions of the viewing public? The reason is simple. Broadcast media’s traditional audience is abandoning it in favour of the Internet, and traditional media are scared.

What are the media-owners doing about this lurch towards a more democratic media landscape? Those with deep pockets buy sites that offer participatory experiences; Rupert Murdoch’s News Corporation has acquired My Space, the phenomenally successful personal blogging site. Others – with less cash at their disposal – nervously turn their conventional media outlets into faux participatory experiences. Magazines and newspapers mimic websites with nervy invitations to participate. Camera phone pictures taken by members of the public appear in newspapers; magazine readers are invited to submit questions to interviewees; journalists print their e-mail addresses in an attempt to replicate news and opinion blogs.

Most major print journals now have websites that are important sources of revenue, and the on-line versions are forcing the printed publications to change. In a recent Guardian article, Peter Preston noted that witty, punning headlines in newspapers are a thing of the past, ‘What brings unique users, and thus buoyant advertising, to news websites at least 30 per cent of the time? Not brand loyalty or reader interest – but software programs trawling constantly on behalf of mighty search engines. If you want to get hits, you have to provide simple targets. So puns that may prosper on a printed page can’t hack it any longer.’

This may not rank as a great disaster, but it is symptomatic of the changes that are being forced by the new digital era. In the coming months, we will see more far-reaching changes as the on-line world encroaches further into the world of conventional media. The revolution has only just begun.