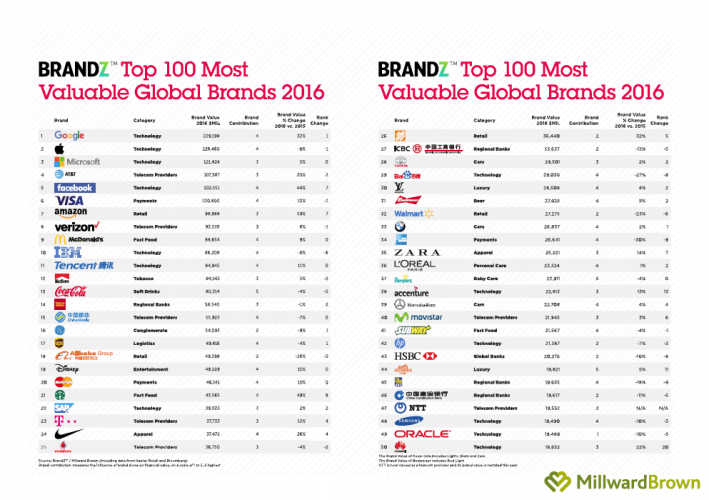 Apple is no longer the world’s most valuable brand and has been overtaken by Google, according to a new report.

The BrandZ Top 100 Most Valuable Global Brands 2016 report, produced by WPP and its marketing consultancy Millward Brown, has shown that Apple is down 8% in brand value this year at roughly $228bn (£156.7bn), bringing it down to second place. Google is up 32%, bringing it up to first place at roughly $229bn (£157bn).

The report puts Google’s rise to top spot down to “continual innovation, increased revenue from advertising and growth in its cloud business”.

Figures are calculated based on market research conducted with more than three million consumers globally, alongside analysis of financial and business performance of companies using data from Bloomberg and Kantar Worldpanel. Both consumer and business-to-business brands are looked at, with both market research and financial analysis methods incorporated to distinguish between brand value and shareholder value.

The Top 10 in the list for 2016 includes a number of design-led brands, including Google, Apple, Microsoft, Facebook and IBM.

Design innovations previously featured from some of the companies named in the Top 10 include Google and Apple’s big moves into virtual reality, Facebook’s venture into 360 degree video and animation to enliven social media posts, IBM’s Age of Design partnership, and Microsoft’s move into hologram headsets aimed at product designers.

David Roth, CEO for EMEA and Asia at The Store WPP, says the brands which made it into this year’s listing are those that are disruptive and “shake up categories with innovation that goes beyond new products or technologies”, by “transforming the way a service is delivered” and “enhancing the consumer experience”.

Doreen Wang, global head of BrandZ at Millward Brown, adds: “By stretching their brands in innovative ways and expanding into new categories, the strongest brands in the Top 100 are increasing their penetration and their relevance in people’s day-to-day lives.” 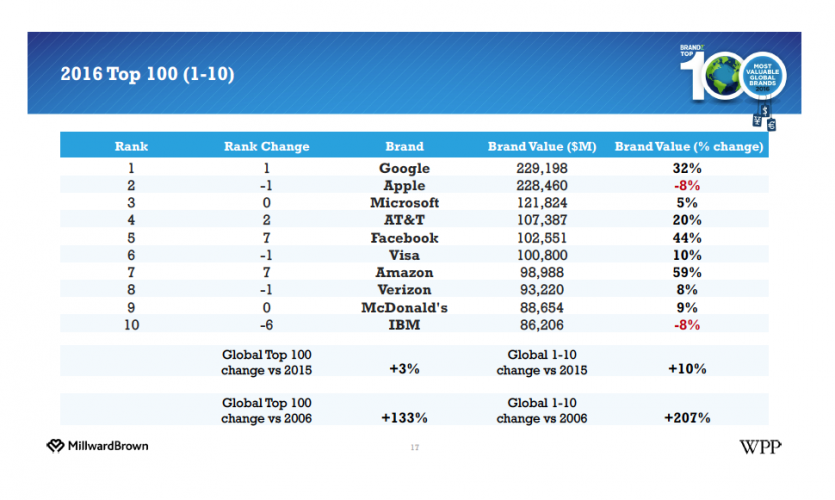 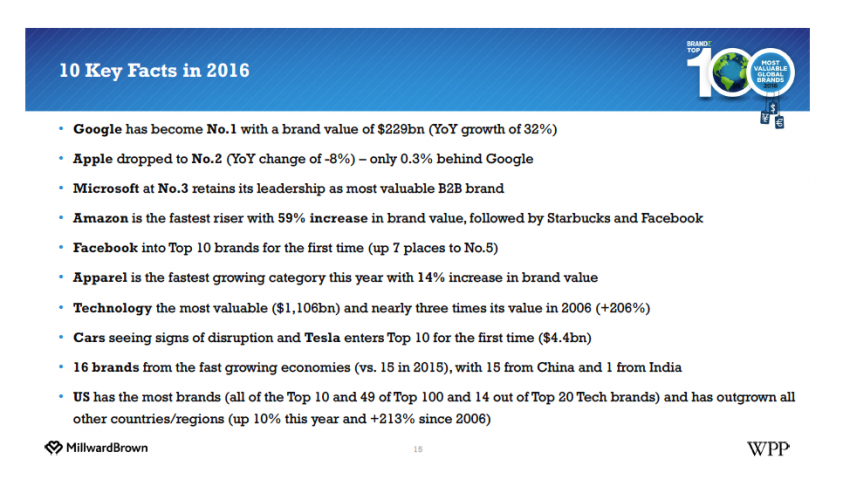 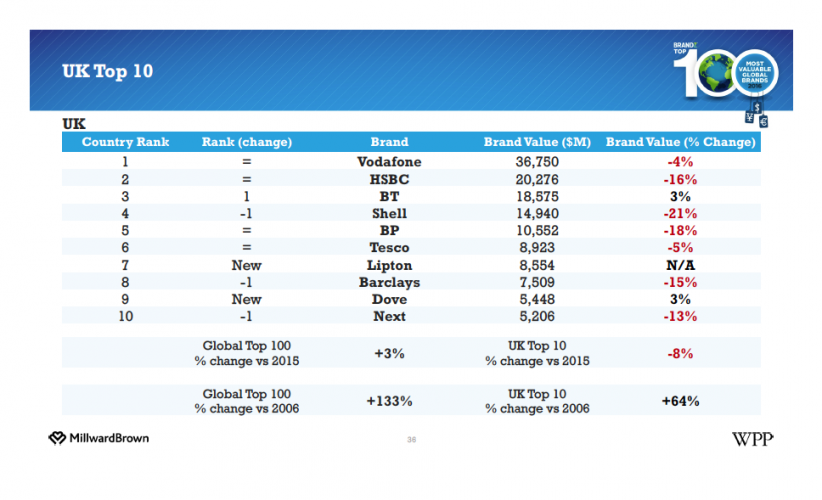