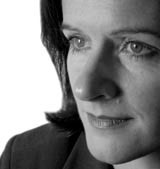 WORKING part-time, working from home, flexible hours – sounds great and apparently more and more people are expecting it from their bosses.

At least that’s the picture in the real world. A survey on work practices conducted by Abbey National’s interactive bank Cahoot has staff and managers alike seeing the benefits of flexible work practices. These practices help attract the best recruits and then retain them, according to the survey respondents.

But regardless of these expectations and their potentially positive outcomes, it’s rare to find such an enlightened approach in the design industry. Long days and all-nighters in the studio are typical, when the concept of the weekend can cease to exist. And time off in lieu of all these extra hours is certainly not a given.

This may be reality, but many in the industry acknowledge that it’s not a perfect set-up. So why do people work so hard and so long in design and branding? Perhaps the clients are to blame.

‘We find it hard to make flexible working work,’ admits Jane Simmonds, chief executive officer of Fitch London. ‘The problem is our industry. If you’re in a delivery role you are needed to work with the team and be on call for the client.’

Management consultant Ian Cochrane of Ticegroup backs this up. ‘It’s difficult to have flexible working in client-facing roles, or if you’re running a design team. You need to be around all the time for clients,’ he says.

But surely it’s better to have someone good three days a week rather than not at all, suggests Cochrane.

Asylum managing director Andy Sallis thinks so. He has at least three part-timers at his 15-strong 2D consultancy. Asylum has an account director who now works four days a week, having had a baby. ‘She’s key to the business, and for us there’s continuity,’ Sallis says.

Despite the potential upset with the client, a good part-timer can make commercial sense. For childcare reasons, it’s nearly always women who want to work three or four days a week (over half of Cahoot’s respondents were women). ‘The women who work four days a week put in a week’s work,’ says Cochrane.

Indeed, Dutch-UK brand consultancy DJPA Partnership doesn’t have a problem with part-timers, and it is nothing new to the design industry in The Netherlands. Around 20 per cent of DJPA’s 60-strong workforce are part-time. ‘It works fine for the client,’ says DJPA UK managing director Mark Tenbruggencate. ‘You need to be on the ball with project management, but it’s very do-able.’ Though he admits that if over 50 per cent of the workforce were part-time that would be a problem.

But DJPA’s arrangements are unusual, and most UK consultancies, battered by the economic downturn, are surviving at the moment on fewer staff who are working harder than ever. All those recent redundancies has meant that the pool of freelances has swelled, and the scramble for the few full-time jobs on offer has increased.

‘At the moment it’s a buyers’ market,’ says Cochrane, and no time for job candidates to be demanding. This is also the experience of the recruitment consultancies. ‘Competition for jobs means people aren’t asking for flexible working,’ says Major Players director Paula Carrahar.

Periscope senior consultant Fiona Watson echoes this. ‘People don’t ask because they don’t think they’ll get it,’ she says.

At Fitch London interviewees who ask about flexible working tend to be people with young children or those who are burned out by their previous job.

But in general there seems to be a stigma attached to even suggesting part-time work. ‘Culturally, people who work in design and branding are passionate about it, while some people apply for part-time jobs because they need the money first,’ says Simmonds.

Part-time roles are rarely advertised, although there are sometimes opportunities to go part-time after a period in a job. And the nature of the industry means working from home is almost unheard of, particularly for creatives.

‘We wouldn’t have creatives working from home. The personality and ethos of a company is what makes people want to work for us. At home you’re not switched on to that,’ says Sallis.

For Tenbruggencate, it’s a matter of infrastructure. The hardware and high bandwidth communication lines must be available to everyone, but are more costly here than in The Netherlands. However, given the long commuting hours that people in the UK habitually put in, working from home would make sense, he believes.

Despite all this, things seem to be looking up in the design industry. This is partly because, as Relationship Audit joint managing partner Simon Rhind-Tutt believes, clients have become more tolerant.

The recruitment consultants, too, are seeing an improvement in working practices. ‘There are still some sweatshops, but employers are better about long hours,’ Watson says.

But many of the ‘perks’ – time off in lieu, an extra day’s holiday for each year worked – are rarely formalised, or part of an initial package, and much depends on the consultancy’s workload.

Fitch London’s ‘summer working’ schedule is a case in point. Workload permitting, employees can take Friday afternoons off in July and August.

Sounds good, but Simmonds says it’s not mentioned to job candidates at interview stage, for fear of attracting ‘the wrong type of people’.

Some respondents regard people who work flexible hours as ‘not working’

Cahoot interviewed 242 senior managers from large UK organisations, just over half of whom were women

Being open to challenges can shape design’s future