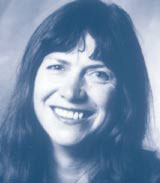 The season of festivals is upon us. The countdown has started to the first D&AD Congress, which opens its doors next week at the old Billingsgate Fish Market in London. Next month, we have the inaugural Clerkenwell Biennale, created by Wordsearch founder Peter Murray and promising to blend architecture and design with the area’s history as a dairy centre by involving a small herd of cows.

Meanwhile, Tokyo and other capital cities are planning their own design extravaganzas as interest in the creative industries spreads across the globe.

But while some of these events are, like the recent Milan furniture fair and probably the Tokyo showcase, promoting design to a committed audience, others try to seize the opportunity to address other agendas.

One such is D&AD – which is thankfully dropping the ‘British’ from its title, preferring now the familiar initials to the spelled-out version of its name. Chief executive Michael Hockney is changing the emphasis of the organisation, which has long been associated largely with promoting creative excellence through its awards and an impressive education programme.

Though it brings most of D&AD’s existing activities together, the congress is the catalyst for this change. The strapline devised by Pentagram for the event’s identity is ‘Excellence, education, enterprise’, which for the first time brings the D&AD’s interest in business to prominence – and clients for advertising and design in particular.

Hockney describes these three aspects as a virtuous circle. You need to uphold creative excellence as a standard and help people to attain it through education. But without the third element – the client – there is no manifestation of that creativity.

It is good to see creativity and business linked together, not least through Enterprise Insight of which D&AD is part (see News, page 3). And it will be interesting to see how it extends its reach into the client community – and how it builds its agenda for design. By the same token, we look forward to seeing the Design Council – again traditionally with a tripartite agenda – edge its way back into the affections of the design community, as chief executive David Kester has pledged to do.

D&AD and the Design Council have another common aim – to take design into schools. Aspects of the D&AD Congress will be open to school parties and teachers based within the M25. With this and other high-profile schools initiatives, within ten years the creative industries should be playing a bigger part in society and business and so addressing the client community of the future.