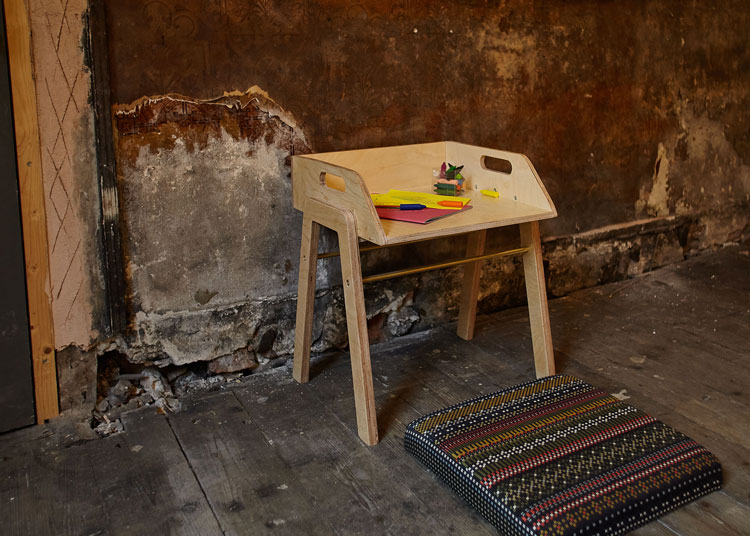 Middlesbrough is not well-known for its furniture making industry. Founded in the 1830s, the North-Eastern town – like many surrounding it – is most commonly associated with its history of steel and iron production, and mining.

As mines and factories have closed over the decades, these industries have dwindled, as has employment in the town.

Recent figures from Tees Valley Combined Authority, which covers Middlesbrough plus Darlington, Hartlepool, Redcar and Cleveland, and Stockton-on-Tees, found Middlesbrough to have a 5% rate of unemployment, the highest of all five areas.

In numbers, this means there are 4,400 unemployed people currently on jobseeker’s allowance in Middlesbrough, 1,000 of which are aged 18-24.

An initiative set up by a Royal College of Art (RCA) graduate is looking to turn this around. Adam Clarke founded furniture-making group New Boosbeck in 2016, and since then has been single-handedly speaking to local communities with the hope of encouraging them to join his social enterprise.

This includes prisons and probation centres, schools and colleges, and centres for drugs rehabilitation and mental health, with the main focus on young, long-term unemployed people.

Based on a 1930s employment initiative

The project is inspired by an initiative that originally ran for five years in the 1930s, in the small town of Boosbeck, also in the North-East of England.

The unemployment rate of the town had risen to a catastrophic 91% following the Great Depression and closing of the mines, so in response, a furniture-making scheme was set up to employ former miners and teach them a new craft.

The furniture produced was sold at Heal’s in London, before the initiative was forced to close in 1937 due to lack of funds. The National Trust now owns a handful of remaining pieces from the original collection.

Clarke, who is originally from Middlesbrough himself, wanted to bring the initiative back but inject new life into it by teaching participants a range of skills – from hand-craft and woodwork to use of digital software such as computer-aided design (CAD).

“People that we train end up with a diverse range of skills, which makes them more employable,” Clarke says. “A lot of the stuff we make is directly from the original, 1930s catalogue, twisted into modern culture. We use similar materials like plywood, and still do hand-finishing and sanding.”

While predominantly aimed at the unemployed, the initiative is open to anyone, Clarke says. This includes those who work part-time, are retired, or whose second language is English, and want to learn new skills, improve their linguistic skills and open up more job opportunities for themselves.

Set up as a social enterprise, those involved in New Boosbeck receive a “fair share” of the profits made from commissions, Clarke adds. The organisation creates products for clients such as Mima, a furniture store; Tictail, an online store showcasing the work of emerging designers and brands worldwide; and smaller, local, interior design stores in Middlesbrough.

The profits are then split three-ways between the people who designed the product, those who made it, and the New Boosbeck company. Those involved also get paid for extra hours put in, for example when creating prototypes. An average project will take away about £10,000 in total, Clarke says.

Projects range in size, but the average one can last seven weeks, with participants putting in a typical, 9am-5pm, five-day working week. The team size is currently at 10, made up of seven men and three women.

Gone on to become joiners and designers

The aim is to train people up so that they are ready to apply for jobs, or alternatively, happy to stay at the initiative and sustain themselves that way. Previous members of the scheme have gone on to become joiners (those who fit together wood to make furniture) at construction company Carillion, others have become part-time-teachers or gone on to training apprenticeships.

Some have even gone on to become CAD-drawers and designers at studios in Hull. Alongside skills-based training, Clarke also helps members with compiling a curriculum vitae (CV), providing them with references or choosing the right university course.

“New Boosbeck is an enabler,” says Clarke. “It allows people to grow and develop. They can leave, or they can work with us forever.”

“It made sense to do this in my hometown”

But why has Clarke – who has a Fine Art degree from Teeside University and an MA in Print-Making from London’s RCA – decided to return to his hometown to work on this community project, rather than pursuing his own artistic challenges?

“It made complete sense to me to do this project back in the town I originated from,” he says. “I always felt the systems that art work in could be different. I wanted to make something useful, like furniture or objects, and my brother is a carpenter, so I’ve always been around making, and I’ve always been inquisitive about how things are structurally made – I think I probably studied the wrong course.”

“New Boosbeck gives people a sense of worth”

While New Boosbeck is limited to Middlesbrough at the moment, Clarke hopes to extend the project nationally in the future, and perhaps even internationally.

“You could take this project anywhere,” he says. “Everywhere has unemployment. I’d like to try it somewhere in Europe, and see how we could work in areas with high levels of immigration, perhaps in Germany or the Netherlands.”

A slightly smaller and more short-term ambition is to expand its client base and start working with bigger brands. Alongside one-off projects for commercial clients, the company has just recently finished work on student accommodation at Teeside University.

The furniture makers’ social purpose is as charming and enticing to potential buyers as the work it produces, Clarke says – and its goal is not only to give local people great new crafts skills, but also create a sense of belonging and importance in communities that have become despondent.

“The story of New Boosbeck is just as interesting as its products,” he says. “This is an open platform,” says Clarke. “It’s not just the crafts skills – this is about being part of something. It’s holistic – when people come in for the first time and see raw materials, then see a product at the end of it, that gives them a huge sense of worth. New Boosbeck is a community as much as it is a company.”

All images were taken from the New Boosbeck installation space at this year’s Material Matters exhibition, part of this year’s Northern Design Festival in Newcastle. Adam Clarke also spoke about the initiative at the festival on 3 November 2017. Design Week spoke to him following this for an exclusive interview. 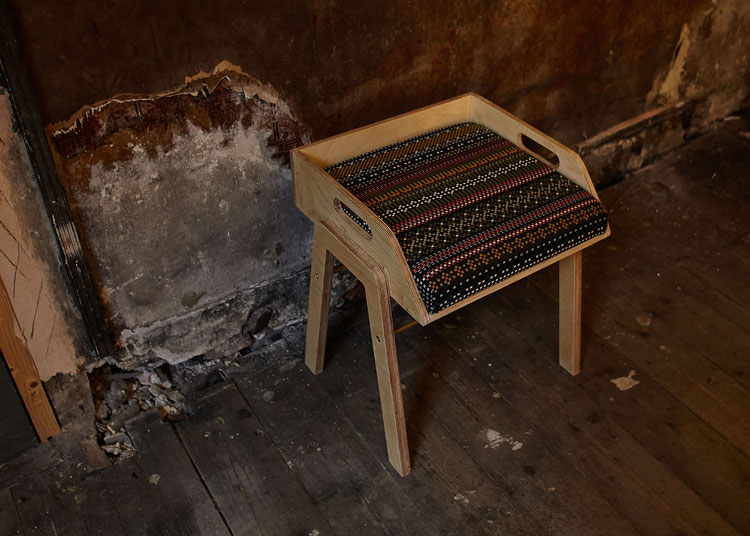 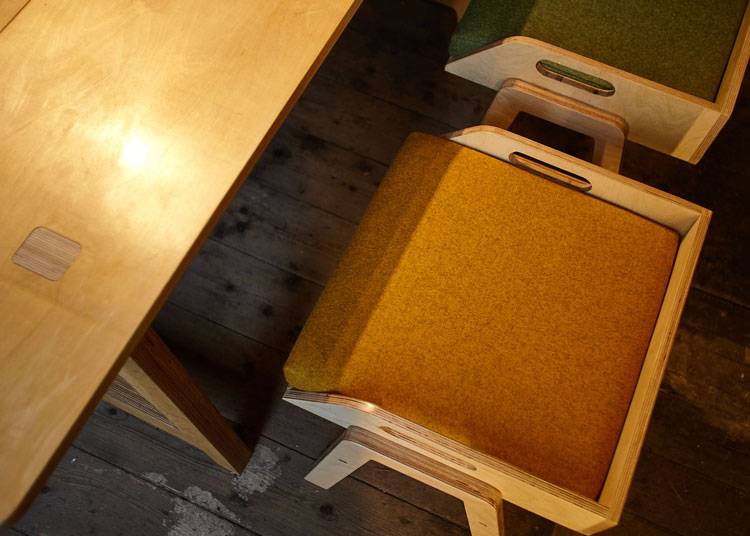 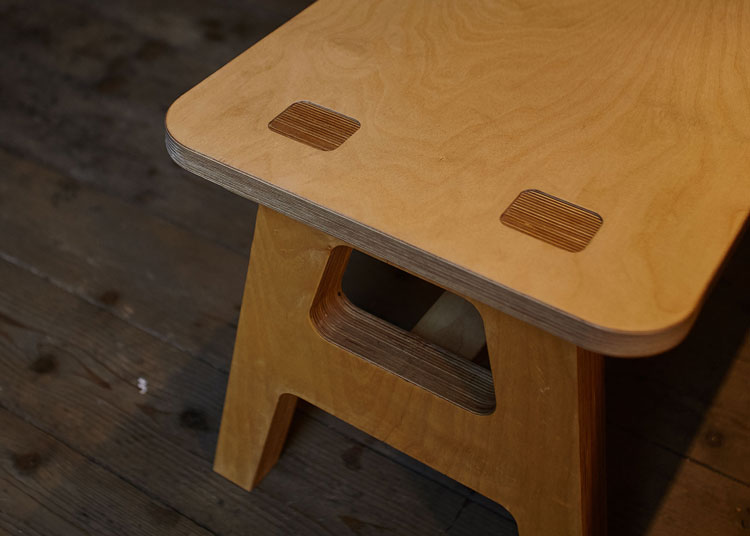 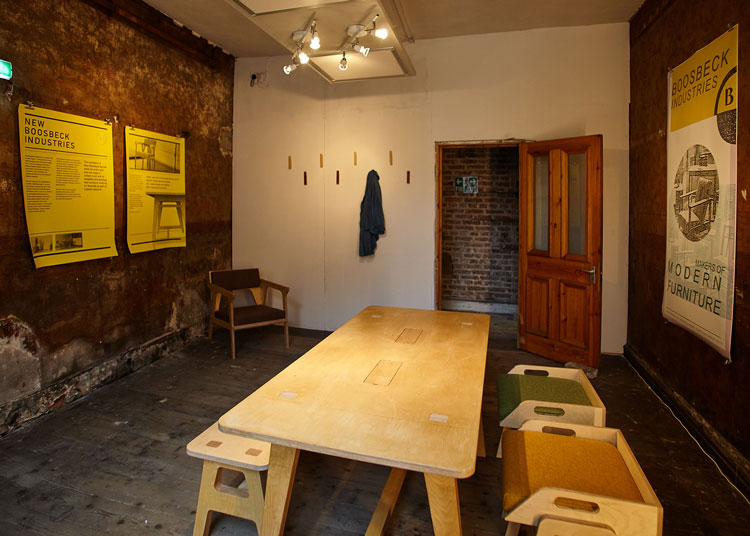 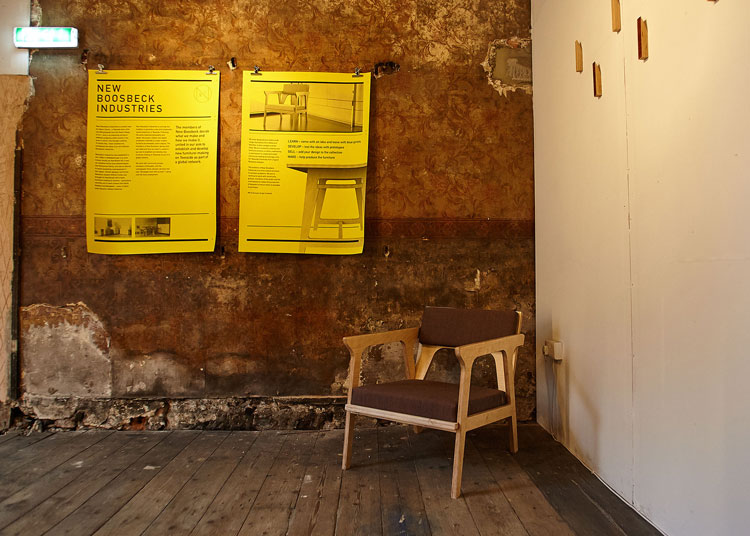 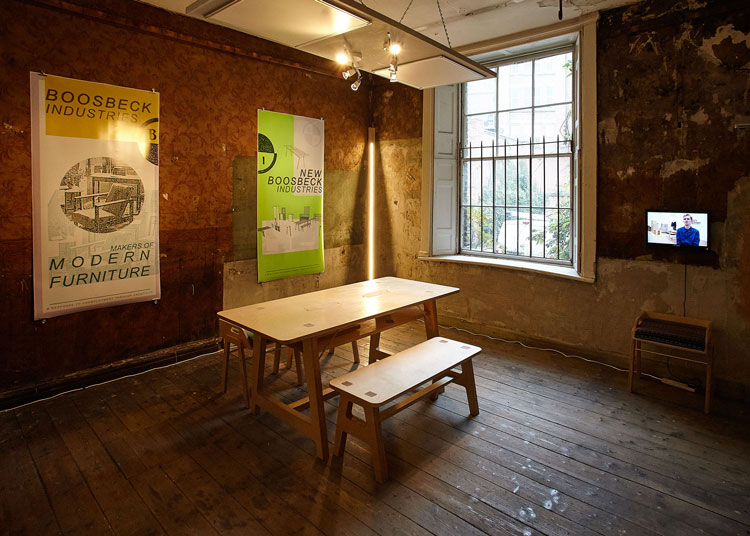