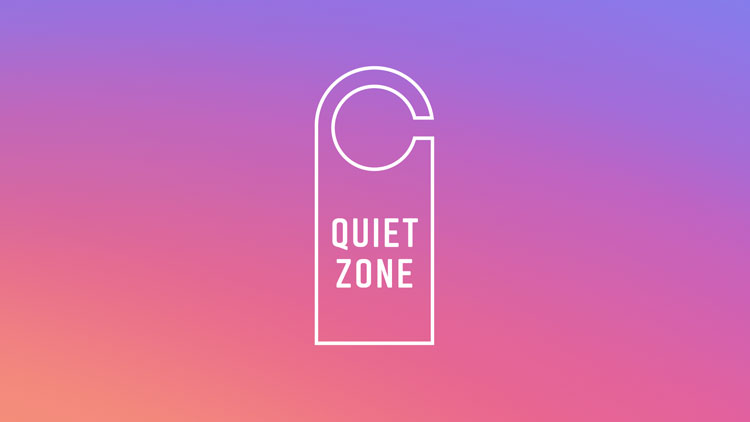 Studio Output has designed a series of concepts, which aim to enable social media and apps to “help rather than harm”.

The self-initiated project is called A Positive Platform, and was put together after the studio researched how using social media can be damaging for young people’s mental health.

The studio used research from sources such as the Royal Society for Public Health, charity Young Minds and Microsoft, as well as newspaper articles and academic reports.

Instagram found to be most damaging to mental health

According to a recent survey by the Royal Society for Public Health, Instagram, Facebook, Twitter and Snapchat have all been found to have negative effects on young people’s mental health.

The survey of nearly 1,500 14-24-year-olds found that the social media apps had been found to increase feelings of anxiety, depression and loneliness, as well as body image issues and cyberbullying, with Instagram having the worst effects.

However, the apps were also found to have potential positive benefits on wellbeing, such as by providing platforms for emotional support, building communities and self-expression.

Studio Output’s eight concepts have been designed with different functions in mind, but all have the same purpose of alleviating the negative issues found, and harnessing benefits.

The concepts aim to encourage less addictive phone behaviour, and give people more control over what they see in their news feeds. They also aim to use algorithms to adapt content positively, says David McDougall, strategy director at Studio Output.

“Social media can be positive, too”

“We’re at the mercy of unregulated content creators, shaping our world view with everything from political outrage and fake news, to unrealistic body image and lifestyle comparisons,” he says.

“But there are positive benefits too – social media can be incredibly valuable in helping us form identities and express ourselves, build stronger relationships with our closest friends, and the way people write and post can actually be used to predict the likelihood of depression,” he adds. “This opens the door to platforms that could help, rather than harm.”

A “Fitbit for social media” and a mindful algorithm

The studio’s eight concepts include: Activity Tracking, a social media usage tracker or “Fitbit for social media”, says McDougall, that would monitor how often people use social apps; Mindful Algorithm, which would curate and consider content before posting it on a user’s social feed; Profile Health, a traffic light system, which would be used to rate the authenticity or “healthiness” of social media accounts, in a similar way to food products, looking at things such as photo editing and tone of voice; and Intelligent Coaching, a platform that would aim to recognise the first signs of depression on a user’s social feed.

It also includes: Inner Circle, a social feed that would prioritise posts from a small network of close friends; Smart Notifications, which would let people snooze notifications temporarily to encourage less addictive social media behaviour; Free your Focus, an app that would encourage users to kick their “unhealthy” scrolling habits by suggesting random ideas for “constructive” activities instead; and Safe Feed, which would allow users to customise their phone settings to only show certain types of social profile.

“Designers should be problem solvers”

The concepts have been pitched to charities such as the Campaign Against Living Miserably (CALM), with the social media tracker and the mindful algorithm being most positively received, says McDougall.

There are no plans to develop these concepts yet, but instead they aim to act as “thought starters” that will lead to “more developed ideas or products”, he adds.

“As design consultancies, we have a responsibility to be problem solvers,” he says. “Innovation and idea generation is core to what we do and having the freedom to explore some of these ideas is a luxury that other organisations might not have.”

“With that luxury comes a responsibility to share the thinking with whoever might find it useful,” he adds. “So, health organisations, policy makers, charities and tech platforms.”

Studio Output will continue to develop their concepts and take them to partner organisations for consideration.