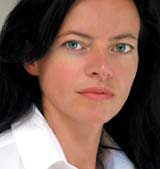 Launching early next year, the branding will embrace all on- and off-screen elements of TV3’s identity, which will now more strongly highlight the network’s selection of programmes.

According to Turquoise managing director Sharon Wheeler, the consultancy has built the branding around the notion that ‘the best things happen on 3’.

‘It is a colourful, friendly television network and the identity needed to reflect that. They wanted to add aspiration to the line-up and become more involved in the programming,’ she explains.

Application of the identity, idents and on-screen presentation systems will be undertaken by TV3’s in-house team, in collaboration with Turquoise. Consultancy executive creative director Gareth Mapp is overseeing the project.