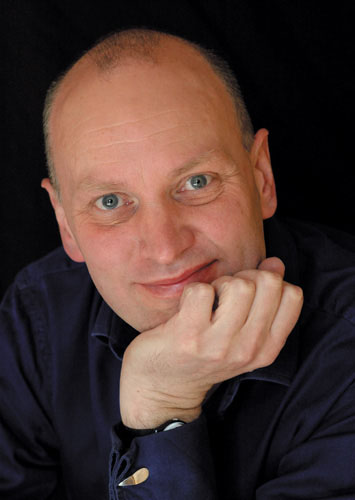 It’s one of my rules of life that I don’t drive any distance if I can possibly help it. Motorway driving in Britain is torture – you get the suggestion of speed without the actuality.

At best this means miles of roadworks policed by 50mph average-speed cameras, and at worst it means a slow walking pace. No, long distances in this country are for trains. So what made me pack the family into the car and drive to Wakefield and back for the day?

We were heading for the Yorkshire Sculpture Park. We could have gone by train, but it would have cost about a million pounds. This is the train companies’ response to rising demand: make tickets unaffordable. How come these outfits still get bucketloads of public subsidy? Do they think they’re the Royal Opera House?

Anyhow, I don’t care how you get there, just go to the Yorkshire Sculpture Park. For its 30th anniversary it is running a hugely ambitious Andy Goldsworthy show until 6 January. I’ve always liked the way Goldsworthy makes art out of the ephemeral – throwing sticks in the air, splashing water, arranging leaves or fragments of ice – but I hadn’t fully appreciated how he has turned the intense business of being a solitary small boy into art of the highest quality.

Goldsworthy just never stopped doing what boys outside cities always do, given half a chance. He makes dens in woods and builds look-out stations. He piles up stones he finds, digs holes, plays with mud and sand, builds dams across streams and gleefully waits to see how long it takes before they burst. He pulls things apart – usually drystone walls – and puts them back together again, subtly modified. This is related to carving your name on a tree or leaving a graffiti tag. He does slightly gruesome things with dead animals, and uses live animals (sheep are a favourite) to make unconscious and very beautiful mud-paintings.

OK, small boys don’t usually do that, but it’s just an extension of the cub-scout thing of spotting animal tracks and guessing what beast they belong to. I’m prepared to bet that as a child Goldsworthy had – or at least desired – those shoes with animal prints on the soles and a compass in the heel. He’s the right 50-something generation.

At the Yorkshire Sculpture Park, you can walk high on a windy ridge and find Goldsworthy’s mysterious stone-wall interventions, or enter their new world-class indoor galleries and find his cracked clay walls, giant inverted bird’s nest made of chestnut branches, domes made of stone fragments, or an impossibly delicate room-sized screen made of leaf stalks pinned together with thorns.

But the thing that impressed me most was his ‘frost shadows’. Goldsworthy will stand in a frosty field at dawn. As the sun rises, it melts the frost – but not where his shadow falls. So the black shadow becomes a white ice shadow, which he then photographs in the few minutes it survives. This is pure lyricism.

Children and adults alike are transfixed by the cleverness as much as the beauty and oddity of what he does. And this is why anyone in design should rush to Wakefield forthwith. When it comes to creativity, Goldsworthy is the real thing. Permanence does not matter – the ephemeral can have colossal power and meaning.