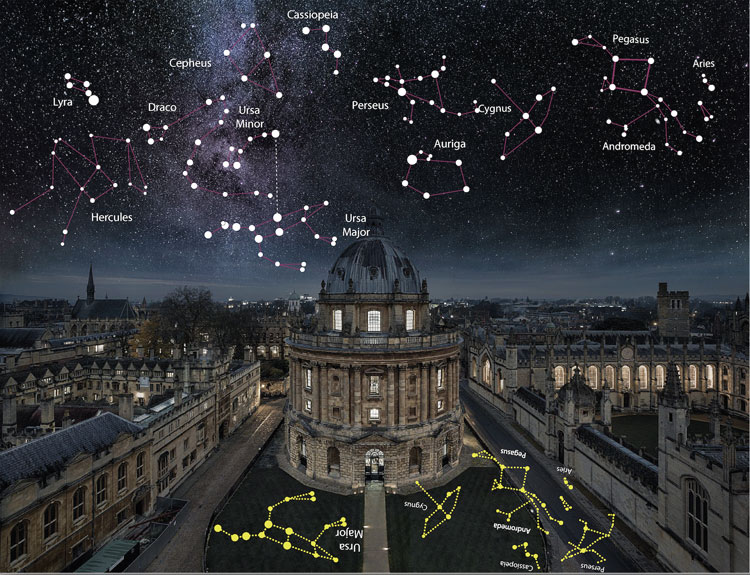 Digital consultancy Guerilla Dance Project has been revealed as the winner of the first Smart Oxford Playable City award.

The UK-based company, which specialises in the fusion of dance and technology, has created an installation that encourages locals and visitors to come together to activate beams of light on the ground, which map star constellations from the night sky onto the streets of Oxford.

Star Light, Star Bright sees pressure sensitive lights embedded into the ground in various clusters all over the city, which shine brighter when activated by being stepped on until the final “star” in each cluster is lit and people are bathed in a “constellation” of light, says Playable City.

Guerilla Dance Project was chosen as the overall winner of the Playable City award out of six shortlisted projects and 82 applications from designers, architects, technologists and creatives all over the world, all of which responded to the theme of “Shared City”.

“All communities can engage with it”

Judging panel member Francesca Perry, says: “Star Light, Star Bright is a perfect and playful installation for Oxford and its participatory element really reflects the ‘shared city’ theme, as friends and strangers alike will make the constellations glow bright. For me its inclusivity was key: all ages, all abilities, all communities can engage and play with it.”

The Playable City project was founded in 2012 by Bristol-based arts centre Watershed, and encourages designers to think about the future city with people and play at the centre. In addition to Oxford, other Playable Cities include Seoul, Sao Paolo, Tokyo, Lagos, Recife and Bristol.

Star Light, Star Bright joins previous winners including an installation in Bristol by Jonathan Chomko and Matthew Rosier that captures people’s shadows and “plays them back”, and a design by Hirsch & Mann that encourages people to dance rather than walk across pedestrian crossings.

Guerilla Dance Project will receive £30,000 to help make the Star Light, Star Bright project a reality, with the installation due to be unveiled in Oxford in Winter 2017.