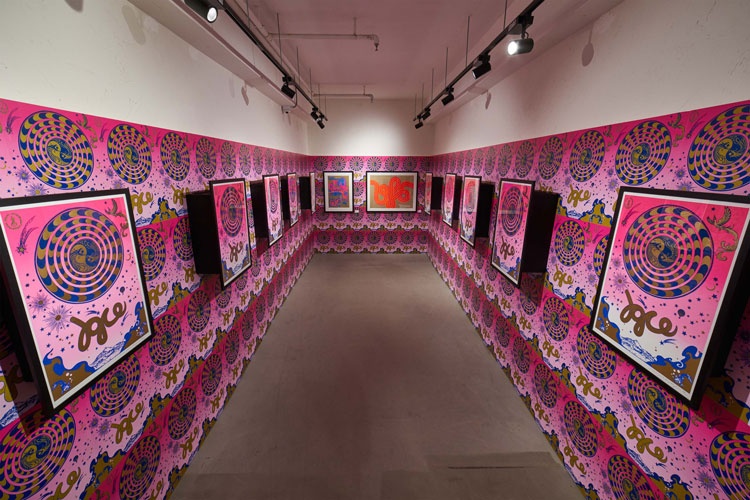 The work of British graphic designer Nigel Waymouth is being celebrated as part of a new exhibition at Joyce Cabinet gallery in Hong Kong.

Best known for his work as one half of design duo Hapshash and the Coloured Coat, Waymouth created record sleeves and concert posters for the likes of Pink Floyd, Jimi Hendrix, America and Soft Machine during the 1960s.

His trademark psychedelic style is seen throughout the The Golden Needle exhibition, with famous works including an abstract poster designed for UFO Club in London, which had Pink Floyd as its house band at the time, and a Jimi Hendrix poster from 1967 advertising the musician’s first appearance in America following his stint in the UK.

To mark the opening of the exhibition, Joyce also commissioned Waymouth to create a screen printed poster that looks to emulate his work as part of Hapshash and the Coloured Coat.

“We were basically celebrating that watershed time when things changed from post-austerity and post-war to something that was much less severe and hard-edged,” says Waymouth. “There was a whole change of aesthetics, moving from austerity to an organic, free flowing, even decadent style that was more rock ‘n’ roll.”

The poster for Joyce – which has been produced in a limited run of 100 – takes inspiration from the Hong Kong skyline at dusk, with a neon pink, starry design used as the backdrop.

“I wanted the poster to be a good luck charm, so I incorporated Chinese good luck symbols like dragons and phoenixes into the poster, as well as the natural elements, which you can see with the air balloon floating upwards, the fish below and the mountains in the centre,” Waymouth adds. 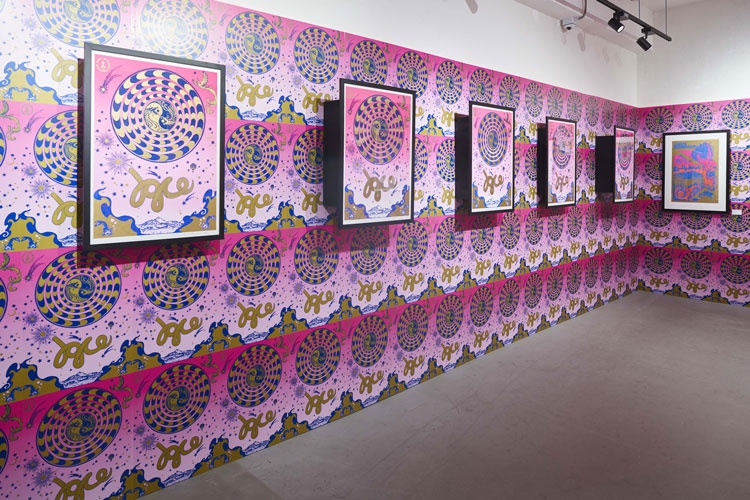 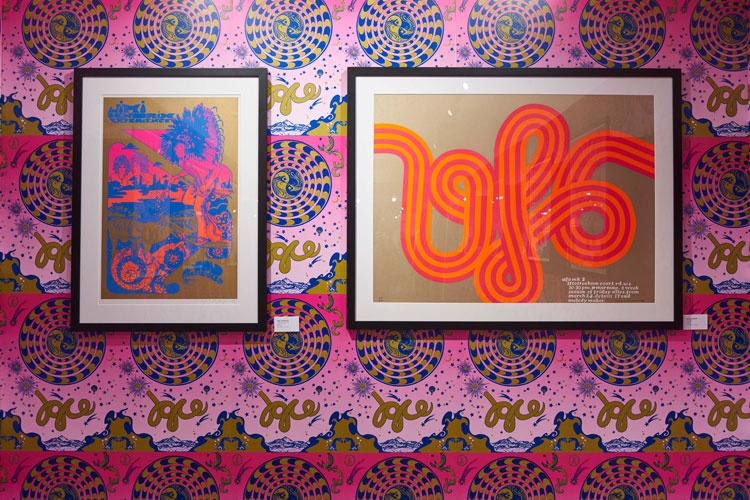 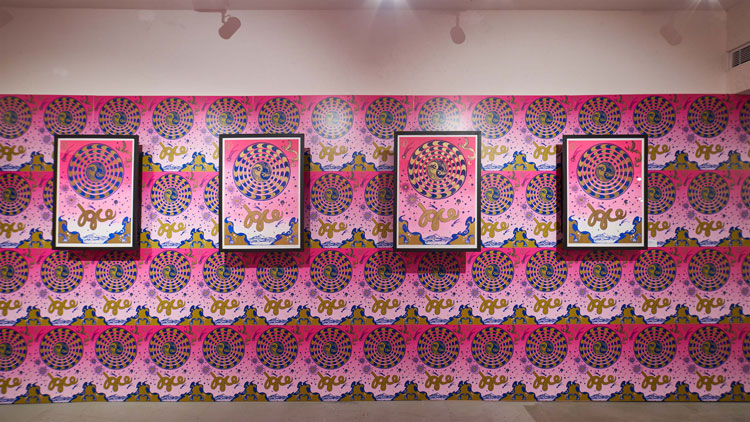 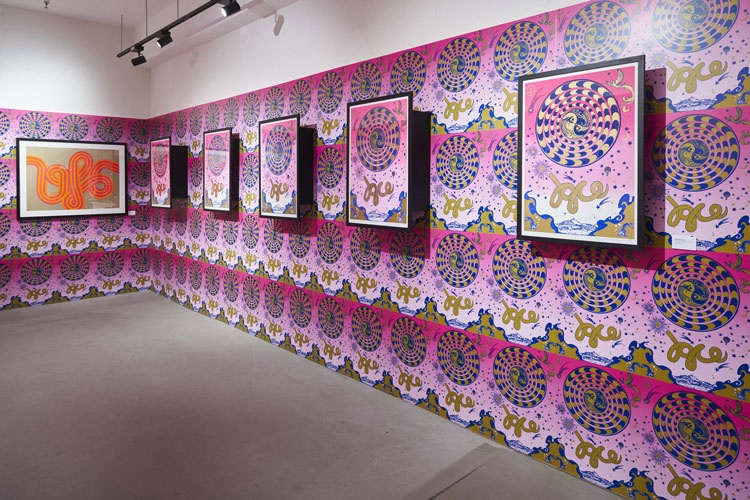 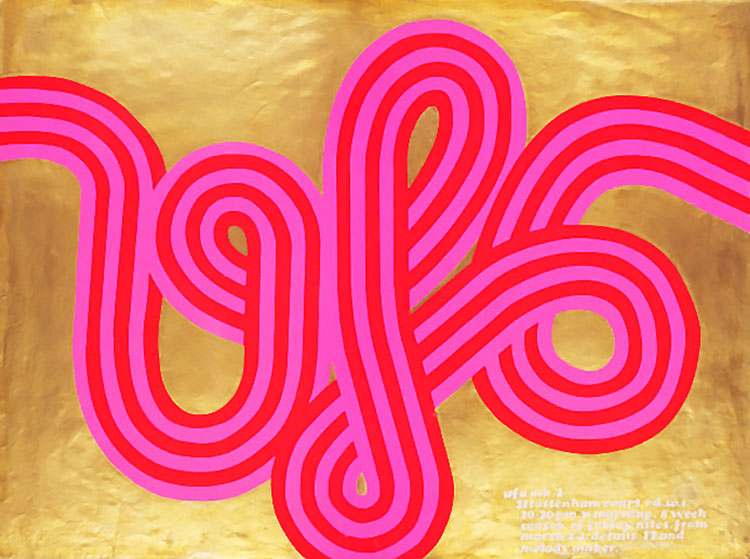 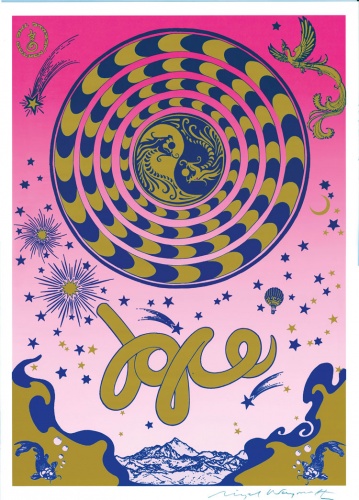 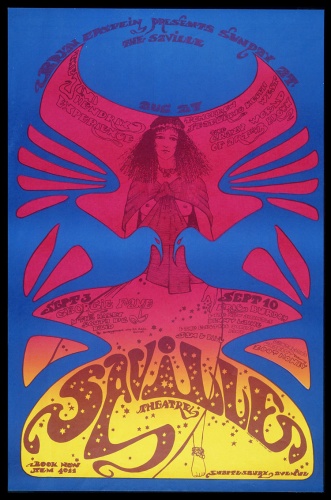 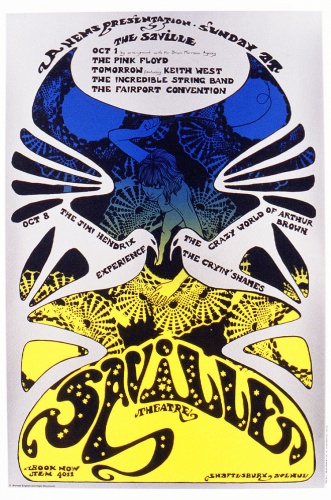 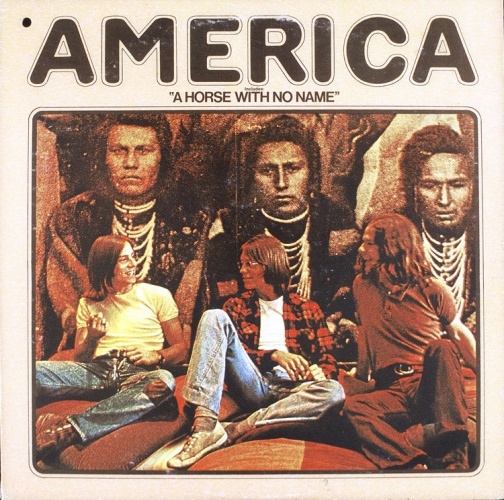 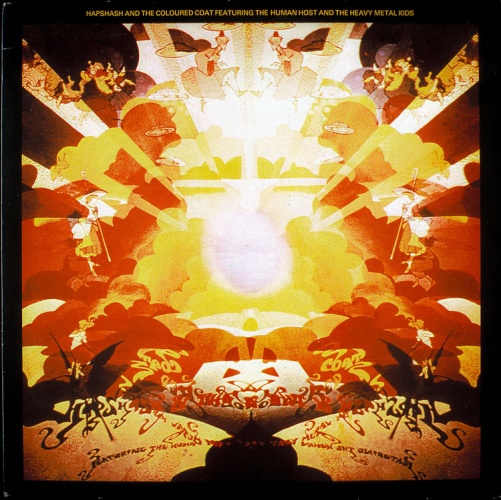