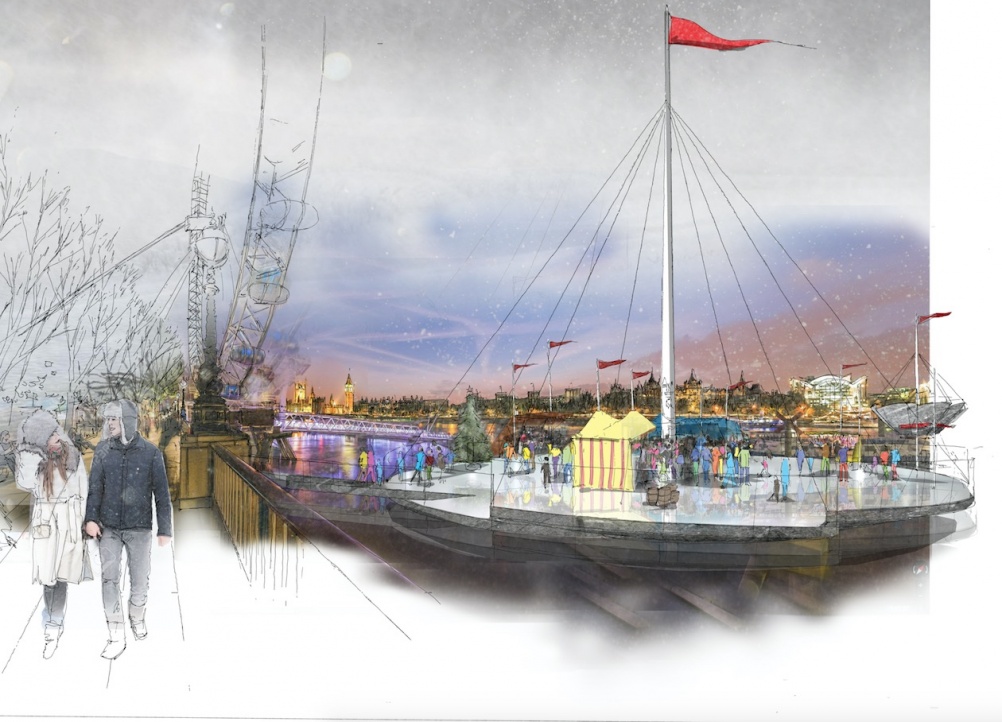 NBBJ has designed a series of floating ice rinks for the river Thames in a bid to reconnect Londoners with an ancient winter tradition.

The Frost Flowers concept would see frozen discs used as ice rinks, Christmas markets or exhibitions. The idea is to revive London’s historic Frost Fair, a winter celebration dating back to the 17th century.

Each disc will be made up of several metal slabs. These will be held in place over the Thames with tie rods and will unfurl like flowers, slotting together to create a disc just below the water level.

The water above the disc will slow down allowing it to freeze to the metal. The frozen water increases the disc’s buoyancy, lifting it up so that it is floating on top of the river.

This mimics the effect of a natural river bank, against which water freezes. 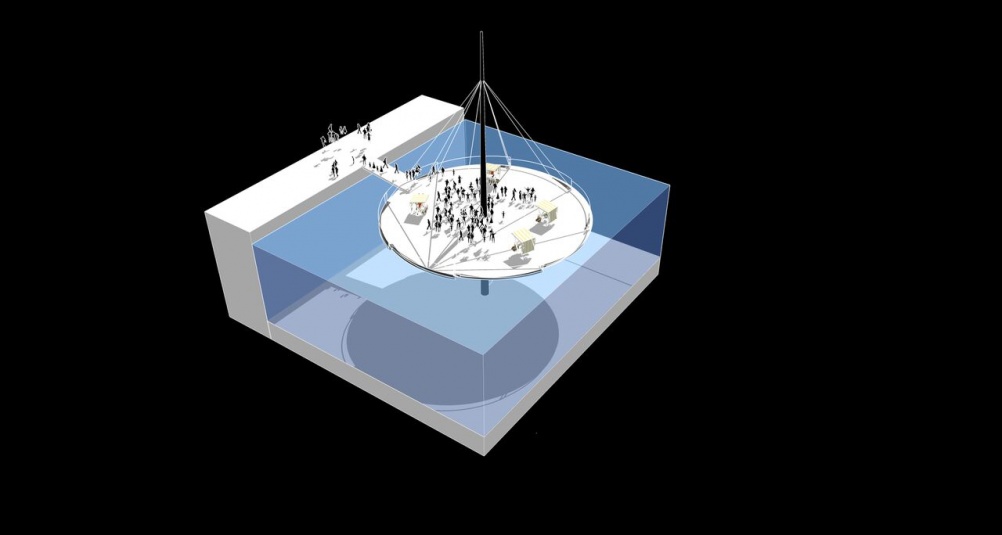 Metal features heavily on the Thames, from cranes to the London Eye. NBBJ design director Christian Coop says that Frost Flowers will complement the river’s skyline.

Coop says that the metal flower design is a “language that is very similar to London’s nautical past.”

Being in open space on the Thames, as opposed to a crowded ice rink or market in the city, will be the biggest draw, according to Coop. The circular design is also an alternative to the square ice rink. He says that being on water will create a “festival feel” for visitors.

NBBJ is looking into starting a funding campaign in the new year to have the concept taken on.