The work includes a complete visual overhaul as well as strategy guidelines for the organisation as it begins to expand its reach.

SCS was established in 2018 in Singapore and now spans five countries, attracting thousands of beach clean-up volunteers. So far over 90,000 kg of plastic pollution has been pulled out of the ocean.

It also runs a B2B offering, which allows businesses to offset their plastic footprint through SCS. The organisation removes 1kg of plastic for every $2 they receive.

20something co-founder Will Thacker says that the rebrand is an attempt to move away from the previous more traditional eco-based identity – especially as the organisation develops its offering. “That step-change needed a better foundation visually,” he adds.

The studio’s strategy work indicated new audiences for SCS. While it needed to still communicate with the corporate world, the organisation also had to speak to everyday people, according to Thacker. “If you get them to interact with the brand, the win will be much larger,” he says. 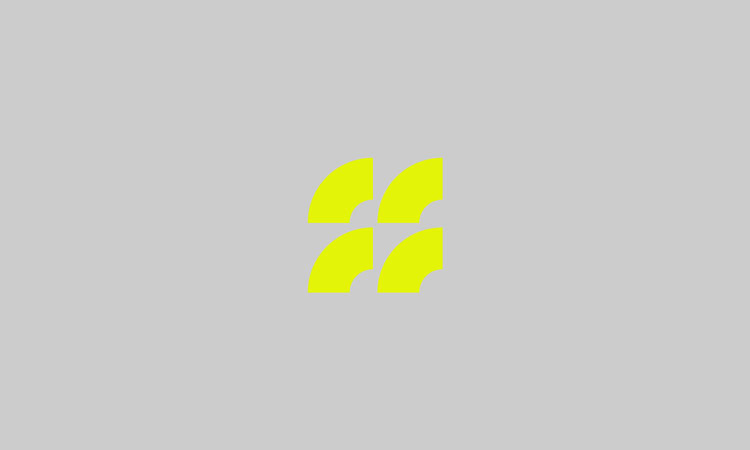 The identity is “hardworking and hands-on”, Thacker says, an attempt to make people feel like they were making a difference to the worldwide effort. This was the decision between the “workmanlike” yellow, reminiscent of high-viz safety jackets.

Thacker adds that yellow can also be viewed as a lifeline at a time of emergency. “It’s about signalling an action,” he adds.

A further inspiration for the colour was streetwear and utilitarian fashion, which helps distinguish SCS from the sector’s overuse of blues and greens and turtle and whale imagery, according to Thacker. “There was an appeal in creating products and brands that people want to wear and be proud of,” he says.

Cotype Foundry’s Aeonik has been used chosen as the typeface, picked for its functionality, Thacker says. 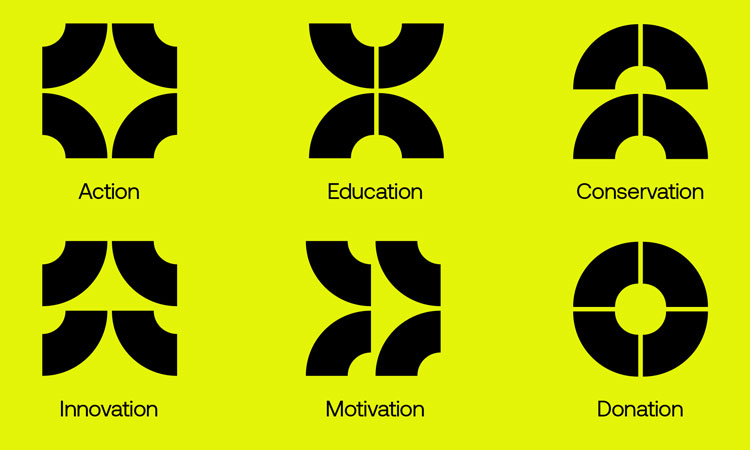 The new marque is a nod to a wave shape and was developed by looking at ocean currents around the world, Thacker says. “We looked at a lot of maps and the ocean currents and how they flowed through the grid system,” he adds. “We then started playing around with shapes in that system.”

These patterns have influenced the wider graphic language, he adds, while the marque itself can be manipulated into different forms. The shapes can be arranged to form a circle, indicating donation, and also configured into a warning-style symbol, for example.

Though most of the organisation’s work is performed by beach cleaners, it is also developing a River Plastic Recovery System. This boat-like device aims to collect plastics in rivers before they reach the sea and is set to roll out this year, according to Thacker.

These have been designed with corporate sponsors in mind, Thacker says. The branding intends to be “shouty” in the environmental space. “It’s also got a workmanlike ‘here to do a job’ aspect rather than hiding it away,” the designer adds.

All the details or the device, from the signage to the icons and the copy, aim to be “functional”, Thacker says. Part of the concept presented was to have copy in English on one side and in the local language on the other.

Creating graphics on the go

As part of a wider audience push, social media strategy has been reconsidered. 20something created a set of interactive filters – which work like Instagram filters – and allow SCS volunteers to create graphics on the go with live data.

A new website has also launched which displays data from SCS’ database with a counter of how many kilograms of plastic have been removed from the sea.

What do you think of Seven Clean Seas’ new identity? Let us know in the comments below.

Dating apps are redesigning to find users love in lockdown