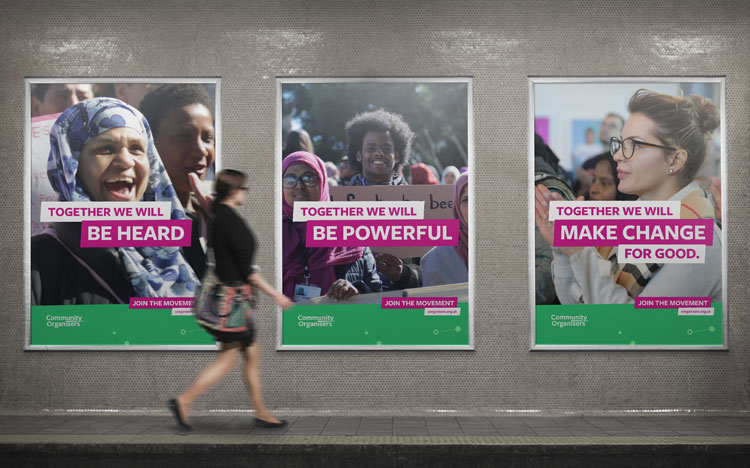 Design studio Yoke has created a new visual identity and website for non-profit membership and training organisation, Community Organisers, in a bid to increase engagement with the movement, which looks to empower people to make a difference on issues that matter to them.

Community Organisers is a body centred around “bringing people together to take action around their common concerns and overcome social injustice”, according to the group.

It was born out of a government initiative which ran between 2011 and 2015. Since then, the organisation has been independent, with a handful of paid staff and over 1,000 members.

The rebrand aims to provide clarity on what the body does and help with its drive to grow membership numbers to 2,500 by March 2020. 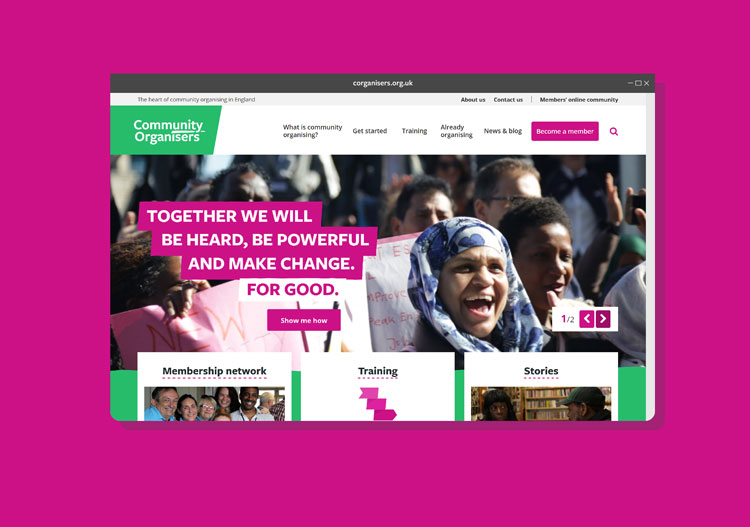 The design project, which features a toolkit for members to use, also looks to capture the group’s “energy” and “passion” according to Jay Bigford, co-founder and creative director at Yoke.

The new wordmark logo says “Community Organisers” in a white, sans-serif typeface called Freight, with the “unity” in “community” underlined.

The palette includes bright green, a colour that has been taken from the previous branding, along with pink and white. Bigford says that the “striking” colours have been chosen because members of the organisation want the brand to reflect a “sense of urgency”. “They want people to stop in the street and notice them,” he adds.

Photography used throughout the branding features “real people doing real things on real issues”, Bigford says, adding that the organisation “didn’t want them to be too glossy”.

New iconography, featuring graphic illustrations of things such as megaphones and newsletters has also been created.

Bigford explains that the new strapline: “Together we will be heard, be powerful and make change. For good”, aims to reflect the three stages of the community organisers’ process: “listen”, “power” and “action”.

“Imagine there is an issue you are disgruntled about in your local community,” Bigford says. “First you would go and knock on doors and ask people ‘how do you feel about the guy always speeding at the end of the street’ or ‘…about the playing field not being looked after?’ It’s about listening to what people are upset or passionate about and seeing who has common interests.” 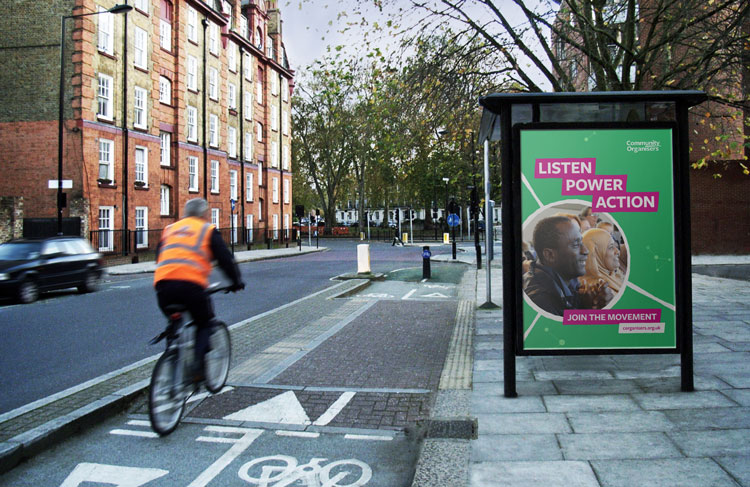 The next stage is about learning how to get the “power” to influence change in that area, whether this is being taught how to write to the local council or to form a group of like-minded people, he adds. The final step, “action”, is about making it happen.

“[Community Organisers] now has strength behind its message,” Bigford adds. “People get it quickly and are excited to learn more.”

The branding was designed through a “co-creative” process, with staff and many of the members having a vote on decisions such as the logo and colour scheme. Around 150 members shared their thoughts at a conference to give people a “sense of ownership” over the new identity, Bigford says.

The branding has rolled out across a range of print and digital touchpoints, as well as on billboards and posters, and the new website has launched. It will continue to roll out across more materials such as T-shirts over the next 12 months. 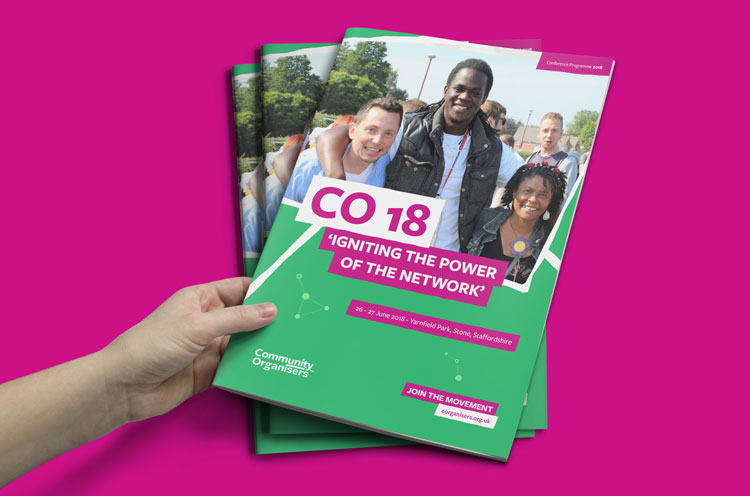 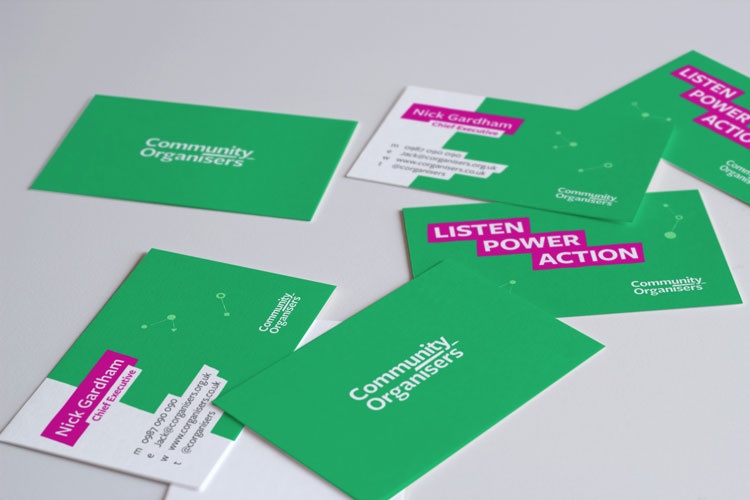 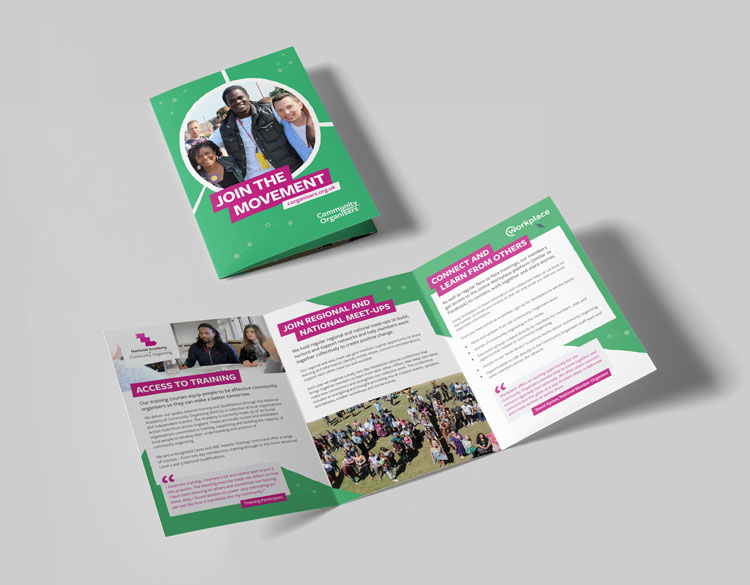 5 design things to look out for in January 2019