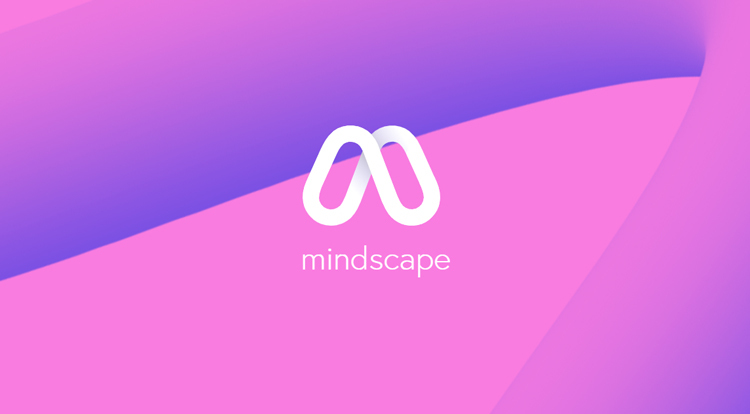 Advancements in technology are increasingly being used to help those living with mental health problems. Virtual reality (VR) has been trialled in helping people tackle anxiety-related phobias such as a fear of heights, while apps such as Woebot and Wysa use text-style chatbots to speak with those who are feeling anxious, depressed or otherwise unwell. Other general wellbeing apps, such as meditation tool Headspace, are intended to help anyone control and alleviate distressing feelings, from anger to anxiety and sleeplessness.

Tech healthcare is still in its early days and yet to be refined. While not intended as a replacement for medical treatment, tools like these show the capabilities of smart tech in helping people manage feelings or conditions they deal with on a daily basis.

One of the latest additions in this area is Mindscape; recently launched, the artificial intelligence (AI) software is voice-activated and prompts a verbal conversation with the user. It has no accompanying app and works purely through sound.

It is used through smart home hubs Amazon Alexa and Google Home, and when a person speaks to it, it asks them questions that aim to encourage conversation around their feelings. Depending on the person’s mood, it then responds with one of three different options; bespoke soundscapes and music, breathing exercises, or tips on managing mental health. It is primarily aimed at helping alleviate stress and anxiety, and prevent panic attacks.

Mindscape was developed by creative studio Cult Ldn alongside MassiveMusic, a creative studio that specialises in music and sound, which collaboratively worked with mental health charity Mind.

To develop the AI’s questions, music choices and breathing exercises, MassiveMusic and Cult analysed academic papers on the effects of sound on mental health and worked with psychologists and scientists at Mind to determine how certain noises can help people feel more uplifted or relaxed.

MassiveMusic took into consideration music tempo and key, and incorporated features into the soundscapes that have been found to relieve anxiety, aid sleep and improve mood. This includes rhythms that gradually ease listeners to sleep, natural noises that make people feel more at ease, or a gradual build in tempo and note-change in major fifths, which have been found to make people feel happier, according to the design studio.

The software is not intended as a replacement for real-life conversation or for medical treatment but rather an accompaniment, which “steps in when human interaction might not be possible”, according to Mindscape. It can be used 24 hours a day, and is free to use, provided the user owns either a Google Home or Amazon Alexa hub. It aims to be most helpful when someone is not able to access professional medical support, or when they do not want to.

How music can impact mental health

Aifric Lennon, project manager and music and mind researcher at MassiveMusic, says the project aims to explore the “positive impact that music can have on people’s mental health”, as well the potential of tech such as AI to democratise mental health care.

“We are seeing a huge surge in the use of AI to aid mental health issues,” she says. “AI-based psychological therapy has become increasingly popular. This is a fantastic breakthrough in the field of mental health and will allow more people to access vital care, which in some cases may otherwise be reserved for those who can afford private therapy.”

Not a replacement for medical treatment

But while the rise of AI-powered healthcare is promising, it has its limitations, Lennon adds, saying that it should be seen as a form of “mental health maintenance” available when users need it, as opposed to an alternative to professional help.

As smart as AI might be, it is debatable whether it could ever be a replacement for human interaction and real-life therapy. While certain sound combinations may have been proven to help alleviate anxiety or make people feel happier, AI robots in their current form lack the emotional intelligence and empathy that humans hold, enabling them to make educated judgements. It is also questionable whether AI bots will ever truly be able to register dangerous situations as accurately as humans can; previous mental health chatbots have received criticism for failing to recognise users reporting on sexual abuse, and even on certain mental health conditions, according to The Telegraph.

But Mindscape, like meditation apps such as Headspace and Calm, aims to be a step towards giving people greater control over their own mental wellbeing. And while it cannot replace human interaction, it looks to show that “tech can be a force for good”, says the company, rather than only having an negative effect on people’s mental health, as social media platforms have been shown to do previously.

Mindscape can only be accessed verbally through Google Home and Amazon Alexa. “This is what makes it unique, but we are hoping for the [voice] app to be available on mobile soon,” says Lennon. “Mindscape will definitely be developed and the experience refined – this is just the beginning.”