Studio Cronica has designed online platform Your Future London as a way to present urban data in a more engaging way and allow users to envisage the city’s future.

The project has been commissioned for thinktank and policymakers Centre for London as part of its London Futures review project, in collaboration with the Mayor of London. 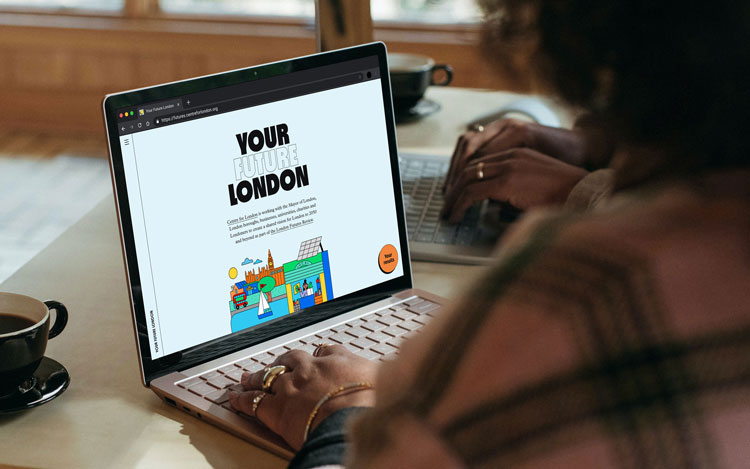 Cronica design director Sérgio Cameira explains that the platform had two main objectives. The first was to make a 100-page report which used sector-specific vocabulary in a more engaging way.

The website also seeks to reach a younger audience with “language and content that would not bore them”, the designer says. It had to take into consideration the diversity of Londoners, from young professionals to community groups.

Creating an inclusive feel for the platform

The website has three main parts; a quiz about what Londoners would like to happen in the city, data about London as it is today, and future scenarios for the city.

A beta version of the website presented a much more “linear” experience, according to Cameira but it was redesigned so that people could choose their focus in a more flexible way. 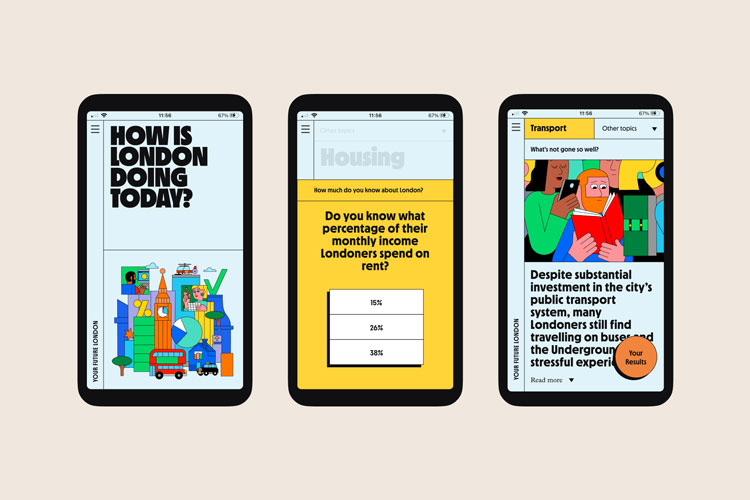 The overall graphic style aims to feel trendy and present a “level of familiarity”, says Cameira, so that younger audiences – including teenagers – would feel included.

Agency Pocko’s Andrea Chronopoulos was brought in as the illustrator for the project. The playful and witty illustration style allowed for this wide appeal, according to Cameira, while also depicting diversity within the scenes. 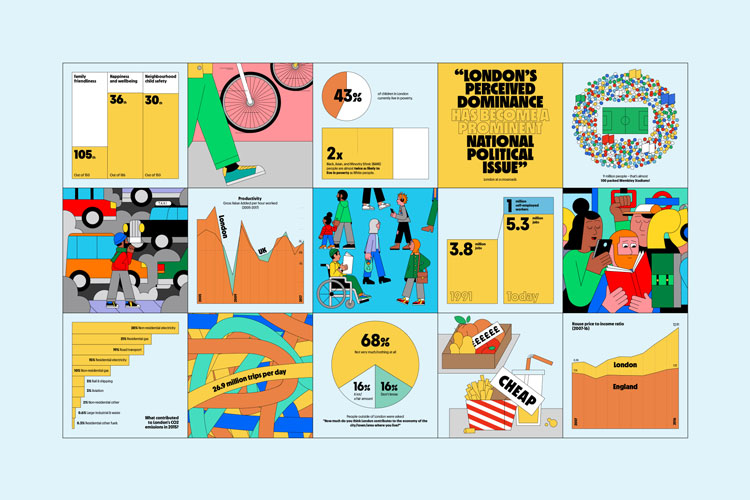 These illustrations have a “positive feel”, Cameira says, and tread a balance between being futuristic but not unrelatable. “When you see science fiction and futuristic movies that are too far away, you can’t see yourselves living them,” he adds. “We wanted to be future-focused but also realistic.”

The quiz asks users about their preferred ambitions for London, from free public transport to reduced levels of crime and how local councils should be operated.

At the end of the quiz, they are “rewarded” with a personalised illustration of what their future London would look like, Cameira explains. This image is inspired by users’ answers, taking into account their answerts.

This was inspired by the world of online quizzes, according to the designer. “We were asking people to do things,” he says. 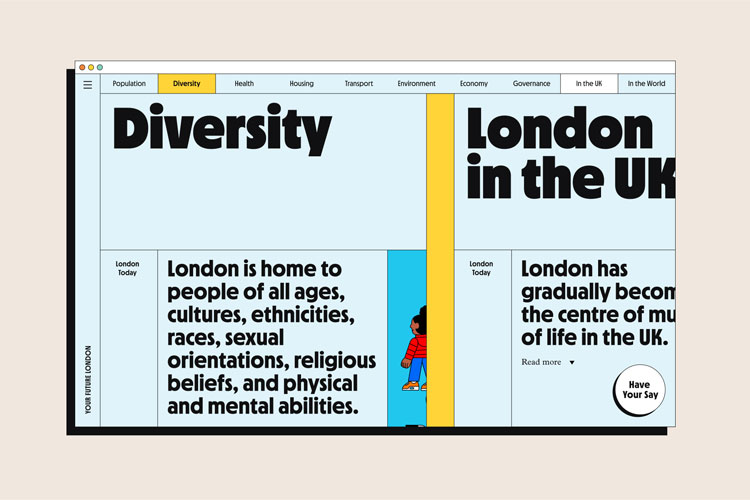 Cameira adds: “Having researched online quizzes about weird things – from what type of bread you are to your character in Lord of the Rings – we realised that people do those things because they expect a funny or interesting result.”

He adds that the bespoke illustration will make the project more shareable and allow people to see themselves in the future concept of the city. Some of the illustrations are animated on the website.

More interactive features include oversized buttons that click down when you press them, reacting to content with emoji and pop-quizzes about London. Colours are in keeping with Centre for London’s secondary colour palette.

MD Nichrome has been used as the headline typeface, chosen for its vintage science fiction feel, explains Cameira. The font was purchased from Future Fonts, which supports the development of work-in-progress fonts. 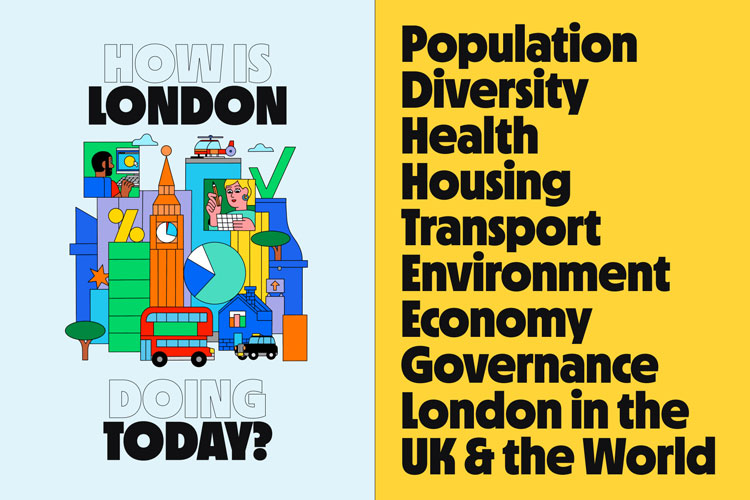 “It’s inspired by science fiction literature from the 70s and 80s, but also has a futuristic feel,” he explains. “At the same time, the concept of actually investing in future works really made sense.”

The platform will be live for the next year, and the end of which Centre for London will analyse people’s contributions. You can visit the platform and take part in the quiz on the Your Future London website.