Glow in the dark paint, rainbow horse toothpaste and oobleck. The world’s most bizarre shopping list perhaps, but also a look into what goes in Emily’s Wonder Lab.

Emily Calandrelli hit Netflix screens back in August with her kids’ science show Emily’s Wonder Lab. In short 15-minute episodes, the MIT-educated engineer and scientist performs STEAM-focused (science, technology, engineering, arts and maths) experiments and lessons which children and their families are encouraged to replicate at home.

It’s colourful, bubbly, educational fun — and it has been a long time in the making. 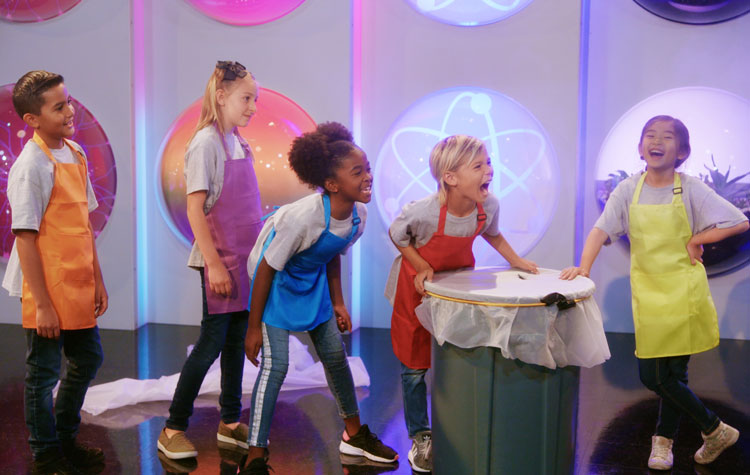 Emily’s Wonder Lab is not Calandrelli’s first foray into television. In fact, alongside her four degrees in science and engineering, she’s racked up an equally impressive number of pop science credentials for her CV.

For the last six years, West Virginia native Calandrelli has hosted and executive produced a television show on Fox called Xploration Outer Space, which as the name suggests seeks to share knowledge of the world beyond Earth.

She has also appeared in the first two seasons of Bill Nye Saves the World on Netflix, written a children’s book series, the Ada Lace Adventures, which features a young girl who solves mysteries using science and tech and regularly uploads experiments to social media.

This latest show has been in works for the around the last four years, and is in part Calandrelli’s attempt to redress the state of science television.

“Most of the people doing science on television are men and they’re mostly white,” she says. “With this very non-diverse population of people, it’s no surprise that little girls and people of colour, especially woman and girls of colour, don’t see themselves in these roles.”

It comes down to the old adage of “you can’t be what you can’t see”, Calandrelli says. Looking back on her own education experience, she recalls in a class of 50 there would often only be two or three women in the room.

“I’m hoping that a show like this can help change the demographic of people that ultimately become scientists and engineers,” she says. “Because when I was training there just were not that many women.” 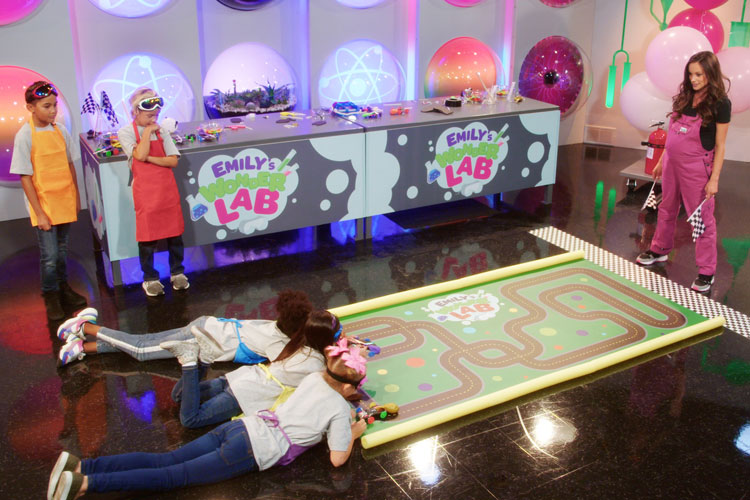 “I just happened to be a pregnant woman doing science”

When Netflix finally gave the greenlight to Calandrelli and her Wonder Lab idea, she says there was no stopping her — not even the fact that she would be nine months pregnant during filming. Indeed, Calandrelli’s pregnancy pushed the platform into further untrodden territory.

“There was no hiding my nine-month bump, but it was refreshing that we didn’t feel the need to address it — there was no moment while filming each episode where I was like: ‘Now everyone say hi to the baby!’,” she says.

The aim of the show then was simple: to get kids excited about creativity and science. And as she tells Design Week about the hundreds of messages she has been getting from fans and their parents each day since the show debuted, it seems she’s done just that.

“Emily’s Wonder Lab was all about me just being myself, because I’m not an actor and I don’t know how to be an actor,” she says. “I’m a science communicator.” 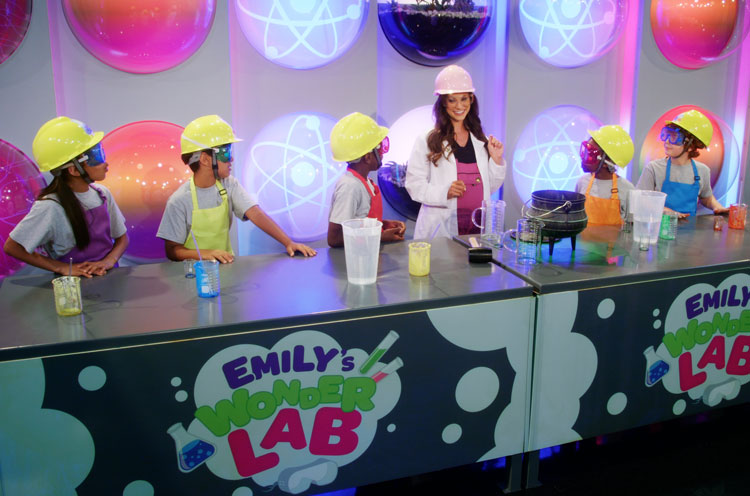 “There’s art and science in everything”

What perhaps marks Emily’s Wonder Lab out as different from other television shows of the same ilk is its celebration of the arts and creativity alongside science. The show is expressly labelled a STEAM show, rather than just STEM (science, technology, engineering and maths) and this is indicative of Calandrelli’s own thoughts on the matter.

“I just think that because science and technology infiltrate every aspect of life, it can’t possibly exist in a silo away from the arts,” she says. “From architecture to animation, there’s art and science in everything.”

With this belief firmly held, Calandrelli says Emily’s Wonder Lab simply aims to showcase examples where the two concepts coexist. By doing so, she says the show is able to reach more kids, since some are more drawn to creativity and arts, some to more analytical science, and others enjoy both in equal measure.

“If we can show kids where those two ideas exist very naturally in the world together, I think that might one day produce some really exciting results,” Calandrelli says.

As for the content of the shows themselves, curating the science experiments was a “creative challenge”, Calandrelli says.

“There were three main considerations we had to judge each potential experiment by,” she says. “First and foremost, each one had to be educational, then it had to be safe for kids to do at home, and finally it had to look cool on TV.”

Each requirement ruled out its fair share of potential experiments, but the final line-up is something Calandrelli is proud of and filming each one with the show’s cast of kids was a highlight, she says.

“We wouldn’t let them see the experiments before we filmed so that when I did it on the show it was their first time seeing it — we got some really genuine reactions that way,” she says. “It way a joy to experiment with them and watch their curiosity bloom in an authentic way.” 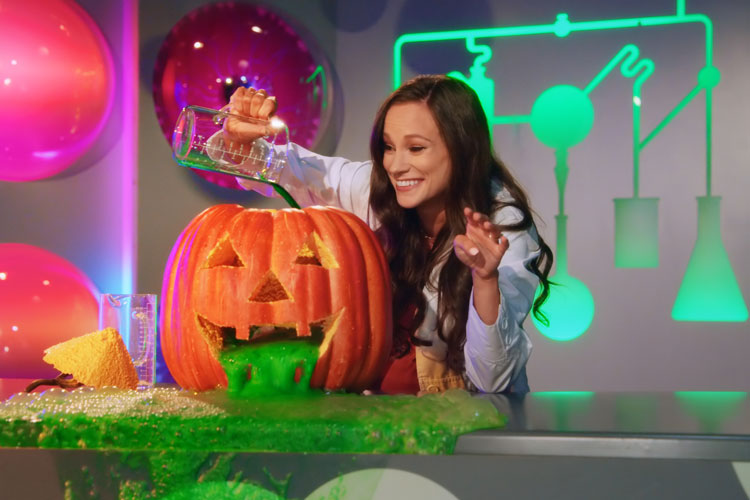 “An extra layer of significance”

Now that the show is out in the world, Calandrelli says this is her favourite part of the whole experience. And with filming for the show having taken place last summer, few could have guessed the world that Emily’s Wonder Lab would be released into.

As Design Week has covered throughout the ongoing coronavirus pandemic, a shutdown of schools to reduce the spread of the virus has forced classrooms into the home. Quality educational resources, like Dyson’s Challenge Cards or the V&A’s creative design prompts have been gratefully received.

So too, it seems, has Emily’s Wonder Lab. Calandrelli says her biggest hope for the show was to see some videos of children recreating her experiments and having fun — with thousands of posts across social media under #EmilysWonderLab she seems to have done the trick.

“It’s so wild that this show now has an extra layer of significance that were simply not aware of when filming,” she says. “I’m just really grateful that this happened to be so useful during this time.”

Why flowers have “seduced” artists and designers for millennia