From the Flower Power movement of the 1960s, to the intricate art of Japanese Ikebana, the influence of flowers on the world’s creatives is diverse and extensive.

It’s a relationship that goes back millennia — Ancient Greeks and Egyptians were just as enamoured with their natural world as we are today — and a new book from Phaidon looks to chart this creative connection.

In its 352 pages, Flower explores the origins of artists’ and designers’ affinity with blooms across continents and cultures. It suggests that while the outputs of these works are vastly different — there is, after all, seemingly little linking the Dutch still life movement of the 1600s with fashion designer Mary Quant’s flower logo — what underpins it all is the allure of the floral aesthetic.

As the book’s commissioning editor Victoria Clarke tells Design Week: “Flowers and floral design have seduced us all for millennia.” 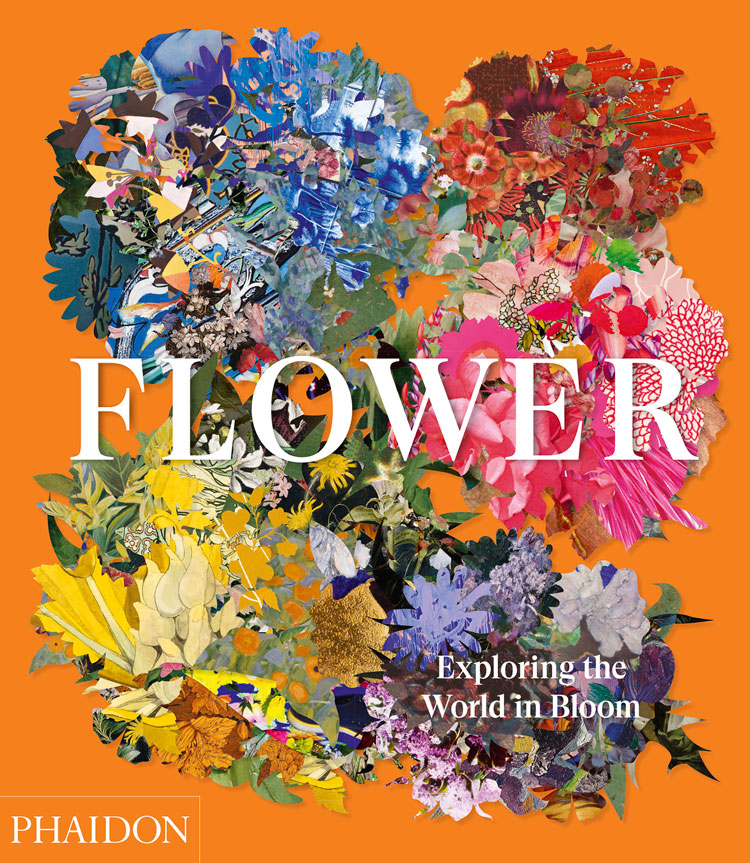 “Infinite ways to use them”

When asked why flowers appear so magnetic for artists and designers, Clarke suggests it has something to do with both variety and culture.

“They’re so rich in the symbolism and metaphor which different cultures have embedded them with for centuries, and it’s a very fertile source of inspiration,” she says. “And then from a literal point of view, the sheer diversity of colour and form means there’s infinite ways to use them.”

For designers in particular, the structure and composition can be particularly inspiring, Clarke says.

“[Designers] work across all areas of the spectrum when it comes to flowers,” she says. “Some work with flowers themselves, both on a small or mass scale, while others work with their image instead and replicate it for branding, textiles and more.”

Such has been the case throughout history, Clarke says. Indeed, she adds that many of the more classical interpretations of flowers paved the way for more modern usages — illuminated manuscripts, intricately decorated, often Christian scriptures popularised between 500 and 1600 AD are a precursor to our modern book design tactics, for example.

“A visual stimulus for many disciplines beyond painting”

While most surveys into the use of flowers in creativity tend to use an art history lens, Clarke says Flower takes a broader view.

“Rather than simply looking at floral design in an ‘art historical’ way, we were interested in examining its impacts in realms further afield, like product and industrial design, illustration and textiles,” she says. “Because the flower is a visual stimulus for many disciplines beyond painting.”

The design of the layout of the book therefore seeks to make interesting, and often unexpected, connections between featured work, using different creatives’ choice of flower as a common ground.

“We’ve tackled the subject and designed the book in such a way that readers can draw similarities between a classical floral wallpaper from the 19th century and Shiro Kuramata’s modernist Miss Blanche resin chair,” Clarke says.

This bringing together of different styles and motifs is taken a step further for the cover of Flower itself. Clarke explains that the cover image was inspired by the form of hydrangeas, but designed in-house in such a way as to “not shine too much of a light on one particular floral style”.

“The idea was not to make a hierarchy,” she says.

The design of the pages features these juxtapositions alongside text which contextualises the imagery culturally and historically. Clarke explains that the narratives cover everything from the Tulip Mania phenomenon of the 1600s, right the way up to the origins of why children hold buttercups under their chin.

All of these threads are then brought together in an introduction by Anna Pavord, author of international bestseller The Tulip and garden writer for The Independent. The idea, Clarke says, was to create something that would appeal to both art and design practitioners, as well as those simply interested in flowers.

She adds that the idea for Flower was conceived well before the current global coronavirus pandemic took hold. But though it has been in the works for some time, its publishing now feels all the more appropriate.

“A lot of people relied on the giving and receiving of flowers during lockdown as both a means of escapism and communication,” she says. “And for those confined to inner city flats with no green space or garden, flowers feel like a kind of lifeline.”

Flower: Exploring the World in Bloom by Phaidon Editors with an introduction by Anna Pavord is published by Phaidon, £39.95

Could this “third space” concept be the office of the future?