Electronics waste (also known as e-waste) is the fastest growing waste stream in the world, according to a 2017 report from the UN’s Global E-waste Monitor. Some 53.6 million metric tonnes of waste were produced in 2019, with just 17.4% of this recycled.

In a bid to encourage the public to engage with electronics recycling and boost understanding of where to go and what to do with e-waste, Material Focus (formerly the UK’s Waste Electrical and Electronic Equipment Fund, or WEEE) commissioned Truant to devise a “behaviour changing campaign”. The new logo dedicated to electronics recycling is part of this work. 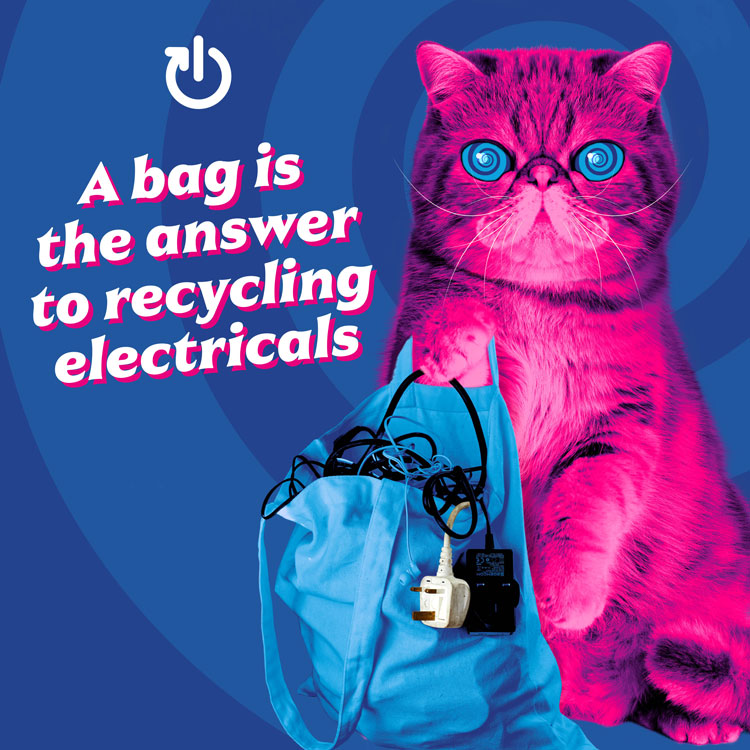 “It felt odd that something like this didn’t already exist”

The problem, however, according to Truant co-founder and executive creative director David Gamble, is that consumers still aren’t aware of their options when a piece of electronic equipment comes to the end of its useful life.

“How many iPhone charging cables does the average person go through in a year, and what do you do with the old ones? Most people know it doesn’t go in with your other recycling, and so it just gets put in the bin and carted off to landfill,” Gamble says to Design Week.

The team therefore identified a need for a symbol that could be used and understood by retailers, consumers and local councils to signal electronics recycling schemes and practices.

Unifying the work being done by government and retailers under one logo will lead to it being more common knowledge, Gamble says. As he explains: “It felt odd that something like this didn’t already exist.” 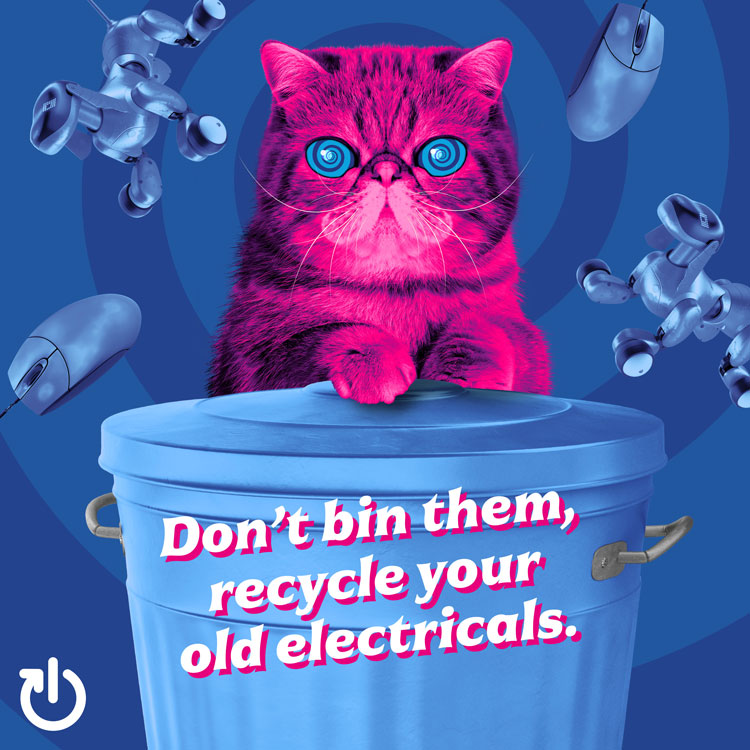 Simplicity was key to creating an intuitive logo for the problem, Gamble says. Because of the vast array of electronic equipment on the market, finding one symbol which could act as an umbrella for all way a challenge. Before settling on the final iteration, the team went through several other potential options.

“We had versions of the logo originally where we included a bolt of electricity, and another with a lightbulb,” he says. “But when put in front of a research group these often confused people and took them down a different path than we were aiming for.”

The final result is a logo that fuses a “recycling arrow” with the traditional stand-by icon. Gamble explains that when the team put this one in front of people more than 70% of respondents could identify unprompted that the symbol had something to do with recycling and electronics.

“We stumbled on this idea quite early on in the process because for us it was just a very representative symbol for electrical equipment,” he says, adding that while it was chosen first and foremost because of its ability to represent the problem, it also has a symbolic meaning. “If you want to read even further into it, it has this idea of standing by and waiting for something to happen.”

The logo was then designed in a series of colourways, so that it can be featured on different assets depending on the user — retailers may choose a different colour than councils, for example. However, the main colours which will be used by Material Focus moving forward will be pink and white, since these are the organisation’s brand colours. 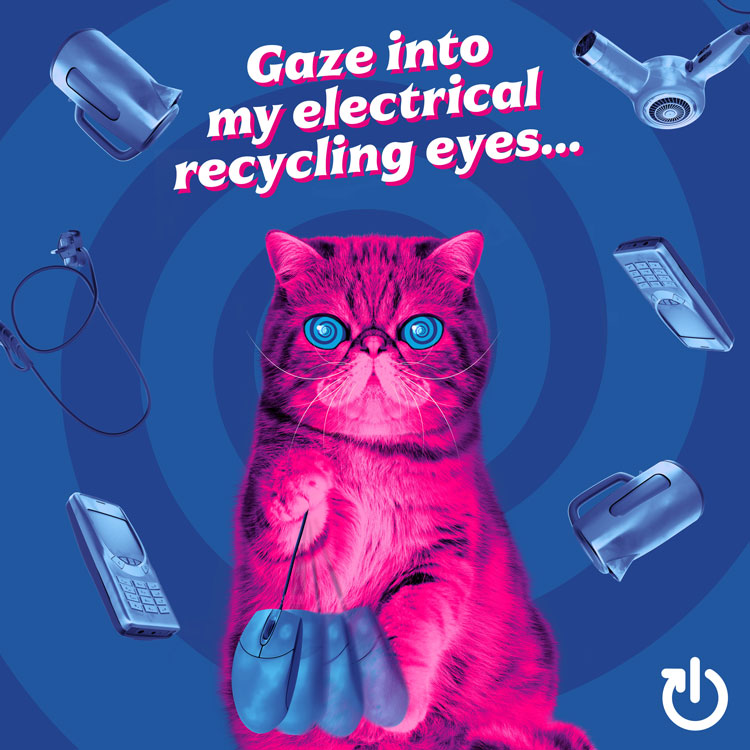 As mentioned, the new electronics recycling logo is part of a wider campaign by Truant for Material Focus. Over the coming months, action will be taken to ensure its adoption by as wide a group as possible.

The public launch is scheduled for this month, followed by a launch for retailers in January of next year with all involved able to use the logo and accompanying assets to lead their own recycling programmes. Gamble says Truant and Material Focus are hoping the “vast majority” of retailers to get on board with the symbol, since its easier for unite under this government-backed one rather than create their own dedicated mark.

“In the next six to 12 months it will be taken on by local authorities and retailers and used wherever they deem it useful,” he says. “And then beyond that, ideally it would be picked up by the manufacturers rather than just retailers.”