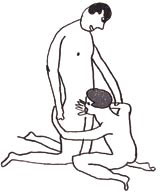 As we await another tome rounding-up the hottest and hippest illustrators in town, it’s worth assessing the state of the art.

The latest book by Angus Hyland and Roanne Bell, Hand to Eye: Contemporary, is wrapped in a distinctive black and white cover, complete with hand-rendered letter-forms and icons by Marion Deuchars. The accompanying sales blurb declares that there’s been, ‘a noticeable move towards a hand-crafted style, perhaps (as) a logical reaction to the torrent of digital imagery, more and more image- makers are turning to traditional tools and techniques’. But is the dichotomy, hand/good, computer/bad that clear cut?

Remember when we worried that desktop-publishing would put paid to well-crafted typography, and ‘the end of print’ was nigh, thanks to the imminent explosion of digital media.

At one point it even looked like illustration would fall foul of the technological revolution too because graphic designers might take it upon themselves to draw their own pictures, just like they’d ‘set’ their own type.

‘In the 1970s and 1980s, illustration was moving ahead so fast that it just couldn’t keep up the momentum’, explains Brian Webb. As photography became more ‘expressive’, thanks to designers learning to scan and manipulate images, it seemed as if the writing was on the wall for illustration. In reality though, Webb says, it was merely a ‘cyclical’ downturn. ‘Then illustrators started playing with the technology too’.

‘Sexed-up’ with the aid of PhotoShop, Illustrator and Freehand, by the mid-1990s illustration had become a full-blown ‘fashion’ phenomenon. The glam/grunge concoctions of Jason Brooks, and later Graham Rounthwaite, which first graced club flyers (for Puscha and Off-Centre respectively), were soon earmarked by the fashion and advertising worlds as representative of a zeitgeist. And, under the esteemed patronage of Wallpaper magazine, illustration became cool, slick and aspirational.

But were illustrators who adopted the Mac as their tool of choice forgetting how to draw? Much noise has been made about the filters and effects in certain programs outmoding draughtsmanship and the handmade-mark, but, as Webb says, ‘Back in the early 1960s, we used to trace around photos and fill them in with flat colour’. What looked like the result of technology predisposing illustrators to produce certain images was also born of an aesthetic preference – all things retro being chic – only this time achieved via new means.

Meanwhile, in the parallel universe of artists and designers who take their stylistic cues from graffiti, street art and skate culture, mark- making was the bomb. It was the evident skill involved in making ‘throw-ups’ and ‘tags’, crafted with aerosol cans, markers and home-made paint applicators (think spongy-topped, squeezy shoe-polish bottles) that inspired the Scrawl team (Ric Blackshaw, Mike Dorrian, David Recchia and myself), to research and compile two books on how graffiti (re: mark- making) was influencing art and design.

Since 1999 Scrawl: Dirty Graphics and Strange Characters and its 2001 follow-up, Scrawl too: More Dirt, many of the featured artists have crossed over into the mainstream (see the CK One perfume bottles by Futura, Espo, and Delta), with some (Green Lady, Mike Mills, Steff Plaetz and Rostarr) being featured in Hyland and Bell’s books.

So how do illustrators use computer technology? The work of Paul Davis, Deuchars, Phil Ashcroft and Kam Tang falls at various points along the continuum between hand-drawn and computer-generated.

For Davis drawing is an obsession. ‘I produce more drawings than anyone else I know,’ he says. Not waiting for the phone to ring, Davis kick-started his career by contributing portfolios to Dazed & Confused magazine, saying, ‘my strategy was to force it down people’s throats’. It worked. With an exhibition at Colette in Paris and commissions such as Channel 4’s annual report in the bag, Davis is in demand for his famously funny, naive yet sexy images. Emphasising that illustration is about ‘print, it’s not for framing on the wall’, he explains his technique. ‘I draw, then I scan it willfully; I make it look more real by using the computer to exaggerate the grain of the original paper.’

Taking it a stage further, Deuchars explains that she has two desks, ‘one with a computer and one for drawing and painting; I’m always striving to get back to the messy desk.’ She held out against computers because ‘they were too slow and frustrating’, but when technology translated into speed, she recognised the Mac’s potential ‘as a silk-screen machine’.

Deuchars draws and paints by hand, she then uses the computer to ‘play around with images’; scanning, assembling, colouring, cropping and layering. Her output varies from single-line drawings to composite images using photography, line and colour, with her latest commission, repackaging a range of titles from Spanish/Argentinian publisher Losada employing her machine-made silk-screen approach.

Ashcroft uses a different technique. He studied illustration, likes large-scale painting, and is a member of the Scrawl Collective, an offshoot from the Scrawl titles. He’s inspired by a healthy mix of horror and sci-fi, while his images are endearingly quirky. Ashcroft used to paint and repaint canvases, photographing each stage, and often retracing his steps back to an earlier version. Now he does the ‘pre-lims’ digitally.

‘I work out the colour and composition and save different versions, choose one and paint that. I like to keep the happy accidents the Mac generates, but I also miss the mistakes I’d make while hand-rendering,’ he says. So when he’s bored of the hi-tech method, he swoops back to canvas and camera. He recently painted the interior of hip-hop store Deal Real in London’s Carnaby Street, where he’s showing a range of digital prints.

Having studied technical drawing at A-level, Tang refined his signature black and white line-drawing while at the Royal College of Art. ‘It’s very hard to do hand-drawings that look modern,’ says Tang, which is why he’s constantly experimenting despite the fact clients want more of the same. Tang draws everything by hand, then scans and works over the original drawing on the computer.

‘I know what an image will look like before I draw it. I can make it instantly on paper, but if I make a mistake, I have to start again. With a computer there are more stages and I can get distracted with the tweaking so that the image ends up looking lifeless; it’s the irregularities that make an image.’ Tang is another illustrator who self-instigates projects, as an outlet for experiments. His recent British Council show in Japan featuring portraits from Alice Through the Looking Glass was made of flat, organic shapes and patterns.

Illustrator and educator Lawrence Zeegen recognises that computers aren’t necessarily the death-knell of drawing. ‘Tang is able to do that kind of stuff because he’s a draughtsman, he’s not hiding behind vectors and filters,’ he says. Skill is one thing, but all the illustrators questioned make a point of embracing mistakes; whether generated by hand or by mouse. Perhaps it’s the mistakes that say its ‘hand-made’.

These days it’s impossible to define illustrators by their tools; computers are so versatile they’re hardly restrictive. We’re witnessing a shift all right, but one that is cyclical, generational and to do with looking for new outlets and ways of working. With editorial budgets slashed, and deadlines squeezed (thanks, no doubt, to computers), young illustrators are more likely to stage an exhibition and pin stuff to the wall, or print their own zine, stickers or T-shirts. Zeegan says, ‘The latest generation is reacting against slick, media-friendly illustration. And because there’s no underground any more, new stuff is being snapped up before it can evolve.’

Citing ‘glossy books trying to define things’ as part of the problem, Zeegan hit the nail on the head. Declarations of stylistic change sell books, but it’s never that simple and illustrators are the last to fit in anyone else’s pre-cut groove. So, don’t believe the hype, just enjoy the pictures.

Hand to Eye: Contemporary by Angus Hyland and Roanne Bell is published by Laurence King in October, priced £19.95