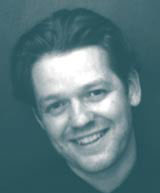 Over the past few weeks and months the design press has been full of stories of big corporate design heads leaving big corporate design consultancies to set up small, creative, cuddly design boutiques. The issue for me, apart from the hypocrisy of spending a whole chunk of your career extolling the virtues of one type of design business to then dive into another, totally different type of design business, is why would anyone want to make such a radical change in their career paths?

You could speculate that all these design industry leaders, who have their fingers on the pulse of the British economy, are positioning themselves in readiness to profit personally, not corporately, from the much predicted, but slow to materialise recovery in the economy and in particular the design sector.

You may also surmise that once you’ve been chief executive or managing director or chairman or whatever of one of the really big groups, there aren’t many jobs open to you, it’s not like you can just give Starfish a call and ask: ‘Are there any openings for a chairman, salary expectation £150 000? No? Shall I phone back next week then?’. Once you’ve reached and left that level, starting your own group is one of the few realistic options left open to you.

Most of the commentary I’ve read would suggest that many of these individuals have left in order to try something new, a different type of company, a different type of career, a different type of life. You can’t blame them for that. I can’t imagine it’s a bundle of laughs being a senior executive in one of Britain’s largest design organisations; imagine spending your whole week sitting in board meetings, studying contracts and profit and loss accounts, meeting solicitors, bank managers, accountants, talking at conferences and writing strategy positioning documents, not for your clients, but for your own organisation. All sounds rather dull to me and certainly not what I dreamt of when I was a spotty young design student. Strangely enough my current role is not what I dreamt of either.

It’s probably true that most of us do not skilfully direct our careers, rather, our careers direct us, rampaging out of control until one day you ask yourself: how did I get here? And where am I heading?

Fifty years ago it was different, you made one big choice at the start of your career, joined a company and the rest of your career was mapped out for you, complete with pension and gold-effect carriage clock. These days the average job in the UK lasts six years and a career is merely a succession of six-year spells. This requires you to constantly reinvent yourself and take control of your future, resulting, so says economist Charles Handy, in a situation where ‘at work our loyalty and responsibility is first to ourselves, second to the project and only last, and minimally, to the organisation’. A not surprising, but depressing thought, especially if you’re an employer.

Handy was also one of the first to apply the Sigmoid Curve to an individual’s career. We all understand this curve in relation to product lifecycles where there is an initial investment period incurring high costs and minimal return followed by, it would be hoped, rapid growth and profit and then finally maturity and decline. The secret is to reinvest, reinvent and reinvigorate the product before it reaches maturity, creating in effect a second curve and thus securing continued growth, in theory ad infinitum.

Now apply this concept to your own career; you go to design college to invest in your future job prospects, you start work and progress rather mindlessly up the career ladder until you get to 55 whereupon you’re abducted by aliens from another planet which suffers from an acute shortage of senior designers; well, where do all the old designers go? I mean look around you, how many of your fellow employees are over 55? Anyway, the point is, when do designers reach maturity, when do you have to reinvent your career, 55? 45? Actually, it’s probably more like 35 so if you’re over 30 and haven’t started thinking about the next phase in your career yet forget it, you’re probably too late and you’ll be off with the rest of them in the big pink flying saucer.

As for the likes of ex-FutureBrand Europe chief executive Charles Trevail, I’m sure he’s had to reinvent himself a few times already, once more round the block will do him no harm. As for the rest of us who find any sort of change frightening; I hear Mars is a very pretty shade of russet this time of year.

Colum Lowe is a director at Plan Creatif/Crabtree Hall