If anonymity is the key to the Bard’s appeal, maybe we should train our critical eyes to ignore what we think we know about design.

I’m in the throes of contributing a chapter to a book about William Shakespeare, which considers his relevance to contemporary working life.

I’ve been grappling with what makes the old boy so enduringly fascinating. His unique ‘tone of voice’ perhaps? Or his ability to reveal the darkest corners of the human psyche? The way he can make us laugh or cry, seemingly at will? Perhaps his masterful grasp of drama, characterisation and show-stopping turn of phrase?

Eventually, I decided that it was none of the above – it is simple ignorance. Ours, that is.

It’s what we don’t know about Shakespeare that makes him seem so extraordinary. Ironically, it’s the paucity of hard evidence about the man, his life and his work, that has fed bulging libraries of books, touting a swathe of different theories, leanings and viewpoints. You can write more or less what you want about him without fear of contradiction. Shakey is like a bathtub ready to be filled with heated opinions, each one almost as valid as the next.

You’re struck by a similar sense of mystique and curiosity when you happen upon a masterful piece of uncredited design. An immaculately set printer’s advertisement from 1920s Switzerland. A mouth-watering Art Deco Parisian menu. A busy Victorian wood-block circus poster. At Christmas, in a freshly unwrapped design history book, the two simple words ‘designer unknown’ sparks off a wave of questions and speculation. Is this some brilliant, undiscovered talent? Maybe there’s more out there just waiting to be unearthed. Or is the work actually by a name designer whose credit has fallen by the wayside?

You look for clues. Does the piece sit easily in a particular school or genre? Are there any tell-tale flourishes or graphic tics? You study it far more closely than you would otherwise, investing it with all your supposition, knowledge and personal inclinations. As you deconstruct it, the work becomes an extension of you, your experience and thought processes.

In the same way, out on your travels, you might come across a gloriously retro shop facia, a virtuoso piece of graffiti by a Banksy protégé, a typographic neon reflection in a puddle which throws up mesmerising shapes and patterns. The beauty of all these pieces is that they carry no baggage. You are appreciating them totally without prejudice. Suddenly, reputation, vogue and received wisdom counts for nothing. It’s make-your-own-mind-up time.

Of course, this state of objectivity is how you should judge any work of design, whether it’s credited or not. But it’s virtually impossible to divorce yourself from your preconceptions. For example, I find it hard to read Kingsley Amis with an open mind, knowing quite what a reptile he was. And I can’t bring myself to load Michael Jackson’s seminal album Off The Wall on to my iPod. Because once you have a context in which to frame your opinion, it becomes clouded. Subconsciously, you’ll be more generous to people you empathise with, and come down harder on those whose lives, values and motives you question. If you know diddly squat about the author, you take their work at face value.

So thanks to the anonymous designer. The person who allows us to have a truly honest, unbiased opinion. And, of course, to Shakespeare… just for being Shakespeare. 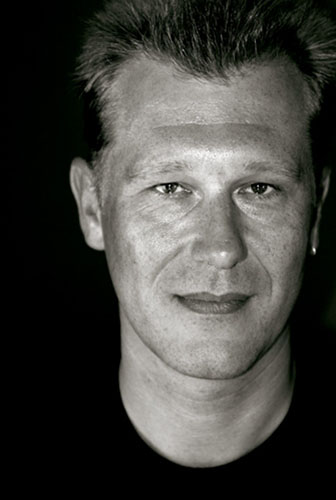