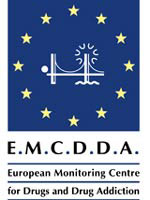 Dutton Merrifield will present concepts for the redesign of the European Monitoring Centre for Drugs and Drug Addiction’s identity, this week.

The identity is expected to relaunch at the International Day of Drugs on 26 June.

The consultancy is also designing a website and literature for EMCDDA, which has monitored the drugs situation within the European Union since 1993. The work is worth about Euro 73 000 (about £44 500).

The existing identity needs reworking for a number of reasons, including the problem of reproducing it in ‘small sizes’, according to Dutton Merrifield client services director Paul Richards.

‘The identity includes the acronym EMCDDA. We need to spell that out and it has to be eventually worked across 20 different languages.

We have looked at alternative names, but for an organisation that has been established so long it’s pointless really,’ says Richards.

‘There is also the icon, which is the bridge of Lisbon, the city where [EMCDDA] is based. We need to evolve the identity so there is less reference to location, as it’s very likely the organisation will be relocated. However, we are considering keeping a bridge as the icon,’ he adds.

The consultancy, which was appointed in December 2001, won the work following a 10-way credentials pitch, which was drawn from an 81-strong tender list of consultancies throughout Europe.