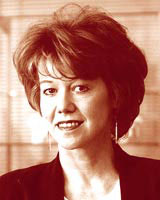 It’s a nightmare that can keep any company founder awake – and no less so in design. Everything has been going swimmingly, the founders are ready to sell up or bow out, and then the realisation dawns that there is no-one there to take their place.

It’s no reflection on how well the business has been doing, as any number of successful consultancies have found themselves in this position. Either the obvious successors have got tired of hanging around, have been poached or set up their own thing, or no-one has been groomed thoroughly enough to pick up the baton.

For consultancies, it is the handing over of the creative reins that is the real headache. It’s easier to fill a managing director’s shoes with a well-primed account manager, but creativity is another kettle of fish because it’s difficult for creativity not to become personal. Most founders of design consultancies are designers themselves, and many have their names over the door. So how do you line up a suitable successor, and what do you do if that route fails?

Most in the business agree that the best way is to cultivate a homegrown creative director. ‘Growing people from within continues our culture,’ says Mike Dempsey, co-founder of 22-year-old consultancy CDT Design. For this reason, he and co-founder Nick Thirkell pinpointed three people internally to become creative directors. In the event, only two – Iain Crockart and Neil Walker – converted into shareholders and are on the board, while the third, Ian Chilvers, left the business. Interestingly, CDT also tried the second option, recruiting James Beveridge from The Partners last December. However, he left last week after two months. ‘It was an experiment, but it didn’t work out. Internal appointments is a better solution,’ says Dempsey.

dney Fitch & Company has a home-grown creative head in Gabriel Murray. Murray, who is 20 years younger, has worked with Rodney Fitch for 12 years, and is described by him as the keeper of the consultancy’s creative reputation. ‘If I went under a bus our creative thrust wouldn’t change a jot,’ Rodney Fitch says.

Mary Lewis, creative director of Lewis Moberly, also favours the organic route. ‘I have a very strong team of five design directors, stronger than ever before,’ she says. Although she says succession is not top of her mind, she is ‘relatively relaxed there are people in that team’ who could take over.

The blame for this doesn’t just lie with the chosen ones. Successful successors need love and attention from their superiors. They need to be fed more and more responsibility, with time to grow into the new roles. Dempsey and Thirkell’s succession plan was in gestation for a decade.

Ziggurat, on the other hand, allowed the issue to creep up on it. Ziggurat co-founder David Wombwell gave five years’ warning that he was going to retire, but co-founder Bernard Gormley admits that he only started thinking seriously about his replacement three years into that period.

And regardless of a candidate’s lack of aptitude for the role, it is tempting to convince yourself that an internal promotion is less risky than bringing in someone from outside. But an unprepared or unsuitable creative director can run into all sorts of problems – lack of respect from peers being one of the first to manifest itself.

So while an internal appointment seems to be preferred all round, the arrival of the right outsider can have its benefits. Enterprise IG has experienced this with Jon Turner, who joined as executive creative director from The Body Shop last year. When Sampson Tyrrell started its metamorphosis into Enterprise IG and the founders Sam Sampson and Terry Tyrrell moved away from the creative product, ‘no-one sprang to the head of the group creatively’, says managing director Patrick Smith. One external appointment for the role followed another, with neither Peter Stimpson nor Franco Bonadio staying the course.

Smith believes now, in Turner, they have that rare combination of ‘a very creative designer, a leader and manager, and a creative vision to excite the team and attract the best outside talent.’ And his experience at The Body Shop, Imagination and Fitch gives him ‘the benefit of fresh perspective’, Smith adds.

This is certainly how Miguel sees it. ‘It’s about bringing someone from outside who will challenge what has gone before.’

So for a consultancy whose creative reputation has suffered, fresh blood could be a way of saying to the world that things are going to change. And that, says Lewis, is a tall order for any creative.

If those in line for the job cannot see the light at the end of the tunnel, they will leave

If the natural successors leave, or if the group wants to change creative direction, an outside appointment is needed