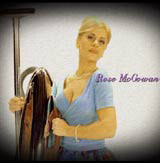 Fig Productions has created title sequences for feature film Vacuums, which is set to be released in the US in May.

Written and directed by Luke Cresswell and Steve McNicholas, the film, a dance musical, centres around two feuding brothers who both own vacuum cleaner factories.

The two-and-a-half minute sequences are designed to look like a 1950s vacuum cleaner commercial and form part of the film’s narrative.

At the end of the titles, the shot zooms out to show an actor taking the spoof commercial off a roll of film, which is being presented to an ad agency.

A UK launch date for Vacuums has not yet been finalised, says Fig director Richard Morrison.