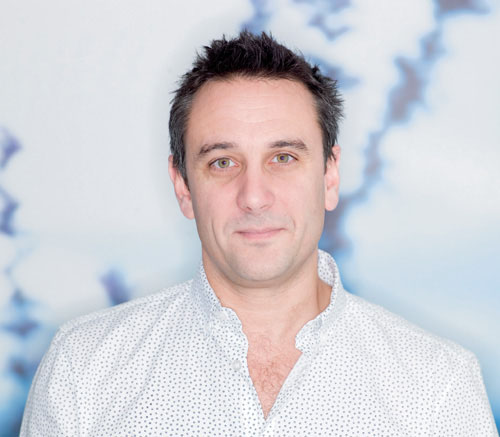 The presence of a non-executive director acts as a safety net, whatever the size of your group. They can also help grow your business, says Anton Jerges

Non-executive directors are often perceived to have a role only in big businesses – custodians of governance in companies that have audit commissions, health and safety officers, pension packages, stock market listings and top-floor fitness centres with views over the City.

The idea of an outsider acting as a company’s conscience is becoming standard practice. Thanks to the Cadbury Report, company boards are now advised to include equal numbers of executive and non-executive directors, providing a balanced decision-making body which will look out for shareholder interests, not just those of the directors.

But why is this relevant to the typical design studio, which operates, after all, on a much more modest scale? Because a non-executive director is a human safety net.

This could mean keeping an eye out for incestuous relationships between directors and their accounting systems, or helping align a company with its strategy to make sure it performs to the best of its ability.

Acting as a safeguard, the non-executive director keeps a company and its employees distinct – making sure people don’t get so enmeshed in their work that they can’t see the wood for the trees.

A safeguard and an outside opinion are as relevant to small creative businesses as they are to multinational conglomerates, perhaps even more so, considering that smaller consultancies usually lack the systems and structures which allow a company to manage itself properly.

In the creative sector, an outsider with business experience can make an even greater contribution. Often consultancies are established for the love of design, rather than corporate know-how, but they still have to succeed in a harsh commercial environment.

When Derek Manning and I founded Liquid five years ago, we began by defining roles and setting up a comprehensive shareholder agreement. Because we were friends, we recognised our impartiality to each other was compromised, potentially creating sensitive areas in the partnership. Instances of either partner not performing would have been difficult to manage.

We realised the benefits a non-executive director would bring to the business, but the real challenge was to find the right one, since their advice could make or break the group. Having access to consultancy information, but not being involved in the day-to-day running of the business, means the non-executive must be distant, but close enough to the business to keep the directors on their toes and evaluate the consultancy’s development.

In our case, we appointed Allison McSparron-Edwards, a chartered accountant and business psychologist working in the creative sector. She attends the monthly board meetings and has access to the accounts. She has also brought her commercial and industry experience to the creation of a long-term strategic business plan for our consultancy.

By appointing McSparron-Edwards we were attempting to make a pre-emptive strike, buying an objective viewpoint to identify the areas of the business we might be neglecting and act as a third party to help make decisions in deadlock situations.

Her background in psychology helped in the recruitment process, while her ability to evaluate the consultancy from an unbiased perspective meant that she knew what makes the business special in a marketing sense. Having a non-executive director who was known within the industry has given Liquid access to a range of contacts which are proving particularly useful, as our growth has led to discussions of mergers and acquisitions.

The benefits of our non-executive extend beyond those expected. Running a business can take its toll on people. Smaller consultancies find it particularly hard to extricate themselves from their work. We wanted someone who could help to keep the balance, make us stop and think before we act, and be a professional and personal mentor.

Smaller design groups should not be intimidated by the idea of involving an outsider. Look for somebody strong and who is respected in the industry. A non-executive can’t be a Yes man.

We asked McSparron-Edwards because she was strong enough to represent the interests of the business, even if it meant disagreeing with us. The person you appoint must have a genuine interest in seeing the business grow rather than being a consultant who offers you a menu of options and charges by the hour.

Anton Jerges is founder and managing director of Liquid

What to look for