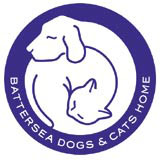 Battersea Dogs & Cats Home rolls out its new name and identity this week, incorporating both types of animal into its logo for the first time in an effort to shine a light on the work that it has done for cats since 1883.

Renton & Johnston carried out the rebranding, having beaten off competition from Imagination and Indigo in a three-way creative pitch culminating in May 2004.

The identity consists of a roundel featuring a dog and cat entwined. The project arose out of research that suggested the old Battersea Dogs Home logo, picturing three cartoon dogs, failed to convey the caring qualities the public associates with the charity.

‘The old logo was not recognisable or memorable enough and probably did not describe what they actually do,’ says Renton & Johnston partner Kirsten Johnston.

‘They wanted to realign the brand in terms of making it truer to what they do, and the main brief contained fairly strict requirements.’

Alongside Imagination and Indigo, Renton & Johnston submitted three logos early last year. Those were put through focus groups and the roundel won out unanimously, according to Johnston.

‘We developed a dog and a cat that represented the warmth and the love, the nurture and the care and the history all at once,’ says Johnston. ‘One of the important parts of the brief was to show that dogs and cats do sit happily alongside each other.’

Over the course of the past 14 months, the logo was submitted to an ongoing process of approvals and tweaks before finally being launched at the end of last week.

Signage, vans and other prominent properties are being rebranded this week, while merchandise bearing the logo will gradually be updated as stocks run down.

All applications at the home in Battersea and the satellite locations at Windsor and Brands Hatch will bear the new identity by the end of the year.