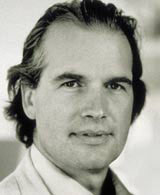 The recent brouhaha over the Design Museum’s Designer of the Year suggests that we need more precision in the definition of the word designer. My personal view is that a designer is someone who actually creates and defines the physical form, shape, composition, structure or workings of things.

To be a designer, I think you have to embody or manifest something physically (or virtually).

But if a line has to be drawn, I would say that words alone are not enough. Confusion arises because it just so happens that designers usually do a lot else besides this – research, planning, strategy and so on – they’re good at this stuff because of their design skills.

But that doesn’t mean to say that these other things cannot be done by dedicated specialists, and they often are.

Designers have to realise that they do not have a monopoly on creativity, and that these activities are usually no less creative than the act of design itself.

We might call all such activities ‘design planning’ (to borrow from advertising). They are a part of the design process in that they precede the act of design. Thus, if you come up with the idea, but rely on someone else to figure it out, you may be an inventor, but you’re not a designer.