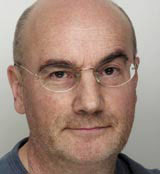 Graphic designers like nothing better than a good moan. Take public-sector tendering for design services, for example. Anyone who has gone through this hellish process will know that this is a subject worthy of a moan. I’m sure there are some good tenders – well-run, fair and not punishingly demanding. But all the public-sector tenders that I’ve been involved in have been shambolic, wasteful and unnecessarily bureaucratic.

There’s nothing wrong with the concept of tendering. European Union directives have made it a fact of modern life. Of course, we’d all prefer to be awarded public-sector contracts on the strength of our work, but for the avoidance of corruption, and to bring fairness and openness to the awarding of contracts, tendering is necessary and desirable. But why does the process have to be so tortuous?

Documents inviting tenders for design services tend to be models of imprecision. Most of them use a crude system of point scoring that allows applicants to be assessed on a tally of accumulated scores. But the questions are often irrelevant and clearly designed by accountants who are perhaps more accustomed to awarding contracts for the supply of public toilets.

A recent tender document inquired about typesetting arrangements. I haven’t ‘bought typesetting’ for more than ten years, but there was no opportunity to explain this; avoiding the question wasn’t an option either, since it probably earned a minus score. Environmental issues are another problematic area. As much emphasis is placed on an applicant’s environmental policies as on their design skills, yet the tender documents themselves are hardly models of environmental concern; they tend to be vast, and frequently demand several documents in response.

Not only do these documents require large amounts of time, often involving a commitment that is beyond smaller groups, they also come with draconian deadlines: most carry a threat of immediate disqualification if applicants are late with their responses. Yet time constraints don’t seem to apply to the institutions issuing the tenders. They promise responses by a certain date, yet I’ve never known a public-sector body reply when it said it would. It’s this whiff of double-standards that makes my blood boil. I have a strong suspicion that public-sector bodies are merely paying lip-service to notions of fairness and social responsibility, with no interest in these matters beyond fulfilling their statutory requirements. But there’s an even more serious issue: we’re talking about taxpayers’ money here, so who polices the way tenders are conducted?

My worst public sector experience illustrates this lack of accountability. I was part of a team putting together a substantial bid for three related public-sector projects. Four of us worked solidly on our response for a period of two weeks, followed by seemingly interminable rounds of presentations. We were eventually informed that we’d been successful, but that only one of the advertised projects was being awarded – the other two would re-use the previous years’ campaign. The job was suddenly worth a third of its stated value, yet the client saw no problem in abandoning its published aim of inviting tenders for three projects. Isn’t that worth a good moan?

In memory of a visionary designer and a true gentleman