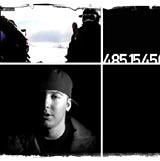 Two and a half years ago in Portland, Oregon, US, four like-minded friends founded Parisfrance with the ambition to “create some of the best interactive experiences on the planet”.

In its first year, the digital media group won various awards for its first shot at designing a website for snowboard company Millennium Three. This year the site has been redesigned and was nominated for the British Design & Art Direction’s interactive media award. Clients include Gravis Footwear, Flowerbud.com, Nerve Advertising, Boora Architects, Fiori Industrial Design and Allied Works Architecture.

‘We’ve opted to stay small, keeping our head count to 11 people including developers, designers and producers,’ explains creative director Jeff Faulkner. ‘From the outset we wanted to create a culture based on the theory that if you give people surroundings that support a creative life, their work will be outstanding.’

‘It’s important to play designer and user at the same time,’ muses Faulkner. ‘Memorable interactive experiences either work or they don’t, and there’s no logic that can explain why. If you’ve done your job, and have a little luck on your side, the piece should take up residence in the users mind south of the Bach cello suites and due west of Scooby Doo’ he says, with typical American humour. ‘We’re trying to create pop songs, I guess. People have got to love it, remember it and be willing to pass it along. I’d love to create the “How Soon is Now” (by the musical group The Smiths) of websites.’ Maybe with its recent redesign of the Millennium Three site Parisfrance has, but as Faulkner modestly adds, ‘That’s for the audience to decide.’