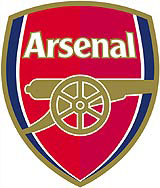 Arsenal fans are still in a bad mood over the state of the club crest, redesigned by 20/20 and launched last month.The fans met the club last week to air their grievances, which include likening the crest to that of a Sunday league side’s badge, and await news of its response. The club’s idea of an extensive research and consultation process is talking to 20 supporters out of 80 000 fans on its lists, says Arsenal Independent Supporters’ Association secretary Paul Matz. Oh dear. At the time of the crest’s launch 20/20 brand director Jim Thompson said, ‘Dealing with a brand with the fanatical following enjoyed by Arsenal was never going to be easy.’ You said it Thommo – it’s Design 1 Fans 0 (own goal).

AshleyCarter and Square Dot work on the Eoffice