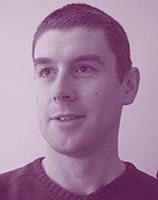 There’s a certain type of chief executive who really seems to go in for the weird photo opportunity. They’re all around, just look in the papers. It’s a trend not just confined to the odd eccentric either. Some of the sanest and most powerful people in the land seem to relish the chance of posing in strange guises or with an ensemble of weird and wonderful objects around them or in hand. Frankly it’s a bit disconcerting.

Now there’s nothing wrong with spicing up corporate life a little – I’m all for it. But at times like this, it gets kind of puzzling. Whatever the reason, it is a habit that gets indulged to the full at every Plc Launch Day (whatever it is for). Somebody told me they have started to call this ‘conker syndrome’ – (a reference I think to National Savings & Investment’s chief executive Peter Bareau, who recently posed for the nationals with a giant conker in hand to launch the group’s new identity (DW 14 February).

Sir Martin Sorrell has been a favourite patron of conker syndrome over the years – there is a chief executive with a penchant for the portraits. Sorrell, I hope, won’t mind if I refer to his head and shoulders for a minute, by way of example. Because over the years they have been featured in a striking array of poses, like the one with an illuminated light bulb over his head. Sorrell, of course, is allowed to. It’s his game after all (come to think of it he may have even invented the genre).

There is definite potential for an entire book of prints, of these honest and respectable captains of industry – plus prop. It’s just waiting to be compiled.

But what about those chief executive officers without such a good excuse? What possesses them to be caricatured thus? How odd is it that the big bosses can get away with it, and in company time?

An old PR saying springs to mind at this juncture, which might justify some of this behaviour: ‘There’s no such thing as bad publicity’. (There are one or two people who might disagree with the saying anyway, but that’s another matter.) Its relevance? Simply this: that somewhere there must be a large strand of corporate-facing PR practitioners who think it doesn’t matter how you get into the broadsheets as long as you get there. Please think again.

CEOs, of course, know better than this, particularly the heads of our largest public companies. They can’t afford bad news, they really can’t. Not with the Stock Exchange and the City breathing down their necks at any rate. So the news has to be good. It’s what keeps these men and women at the big table. But back to the photos.

How times have changed. During the mid-1990s, it became a bit of a fad for some business publications to print the most bizarre portraits they could. The weird angle, the strange location and the crazy prop were actually photographic policy for the corporate people profiles in more than one magazine.

This might be fine perhaps for the profile, maybe even for a big consumer launch or a great set of financial results, but editorially thereafter things get more dangerous. And particularly for the corporate brand relaunch.

Over the years, for some reason or another, the rebrand has not been particularly well-loved. Perhaps it is the fault of the mainstream media, which fails consistently to grasp that there is more to the story than logos. Perhaps it is a reflection of the British public’s ‘small c’ conservatism that sees change of any description as abhorrent, even when it is clearly beneficial. Perhaps it is the branding sector’s failure to communicate the business value it claims to provide for clients. Whatever the reason, it is a fact of life that we have to deal with.

To end on a moralistic tone, isn’t it time for big branding projects to create broadsheet headlines about strategy, re-organisation and vision, rather than about logos, colours and the symbolism of images. If it’s City desk coverage that is sought, why all the allegory?

If CEOs need something to hold, what about a brand strategy document. But seriously, the corporate identity should probably be an addendum to the business relaunch, not the story itself. (Really daring clients could even choose to casually forget the new marque.) The point is that selling the story a bit better than we do currently will not only create value for clients, but help rid us of this tired media image.