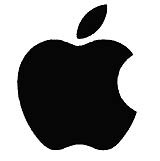 With regards to your naming debates in Vox Pop (DW 28 February), thumbs up to Apple, Swatch and EasyJet.

In each case, the name was radically different from competitors’ names/brands at the time, and matched the mould-breaking product that was being offered in the three long-established (and conservative) industry sectors.

They are also easy to say and remember and each name embodies an element often found in effective names: strong visual associations – Apple; a clever word play on the core product – Swatch/ watch; and a key differentiating benefit – EasyJet. In addition, Easy provides a naming template for EasyGroup to diversify into other area, such as EasyRentacar and EasyEverything.

Thumbs down to B2: Like mm02, a name that tried too hard. As if it weren’t difficult enough to make out what the name had to do with the product – savings/ investments from Barclays and Budgens convenience stores rebranded from 7-Eleven, they were both launched in the same week and added to the confusion. B2, me-too?

Innogy is another example from the distinctly chewy and undigestible stable of made-up names that include Energis, Diageo and Xansa. It may be a clever conflation of innovation and energy, but, however well it may satisfy other criteria relating to the business or legal protection, it just doesn’t sound right. Names are spoken aloud as well, not just read.