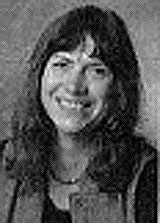 How many times have you read that a marque evokes the idea of innovation, change and difference, when, in fact, it looks like all the other logos you’ve seen that week? Coley Porter Bell’s less than thrilling identity for the Design Business Association is only the latest in a line of those.

Whatever happened to design that is so good and clear in its meaning that it doesn’t need explanation? Work by old guard stars such as Alan Fletcher and Michael Wolff often fits into this category – clever thoughts, beautifully executed to give marques that don’t rely on marketing speak to bed them into the appropriate community.

Even the concept behind the British Airways tail-fins might have earned such distinction for the then Newell and Sorrell had there been a unifying link rather than that rather undistinguished logo on the body of the planes, beribboned by a swoosh. No wonder Virgin Airlines was able to push the idea forward with a kitsch, but entertaining livery for its planes and BA has decided to change tack.

The scenario is different for the current generation of designers. As the industry grows, so, arguably, their influence wanes within groups where creativity no longer resides solely in the design team. Design is getting brighter, but its top creatives are generally not those wielding the mouse or pencil with elegance, but rather those who come up with the ideas. As the emphasis shifts and workloads escalate there is a tendency towards visual mediocrity.

Sharp ideas badly expressed beg explanation – and too often sound-alike words are used to explain look-alike designs. The trouble is that consumers don’t hear the words, but are left to draw their own conclusions.

There are, of course, exceptions. In the new generation of identity and print groups Johnson Banks springs readily to mind, with Turner Duckworth and Williams Murray Banks among the leaders on the packaging side of branding. But there should be many more, given the experience and influence the industry has developed over the years.

Sadly though, some of our best creatives are seeking to duck out of the commercial arena, judging by the First Things First Manifesto 2000 (DW 17 September). Don’t they see that client and consumer needs are but one of the many constraints that separate design from art – and that they can inspire rather than kill creativity? I urge them and others in design to think again and put their best efforts into every job, however “commercial” the brief. Confidence and pride in your design can only seek to push customer expectations forward. What’s wrong with that?

DIY boom is due to display, says Verdict