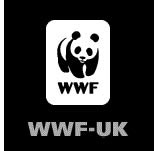 The Worldwide Fund for Nature is taking legal action against the World Wrestling Federation over use of the initials WWF.

A Worldwide Fund for Nature spokeswoman claims it drew up an agreement with the federation in 1994, the details of which are unconfirmed, which the federation has now breached.

The matter is currently in the hands of the Worldwide Fund for Nature’s lawyers. “The World Wrestling Federation has violated the agreement and we are seeking to legally enforce it again. We have been using the WWF initials in conjunction with the panda icon since 1961,” adds the spokeswoman.